The time has come for the best form of guilty pleasure to return to our television screens. The reality show that seems somewhat outdated (picking girls out of a lineup… what even?) but still entirely addictive (I need to know why Colton was crying!) is back, and this season, The Bachelor is all about…. Colton’s virginity. Seriously, the fact that this season’s bachelor, Colton Underwood, is a virgin seems to be the biggest plot line of the century. But now that the ladies have arrived, we can fully analyze Colton Underwood’s body language on The Bachelor season premiere to see what the rest of this year’s hot mess has in store for us.

In short, it appears as though Underwood is completely genuine about trying to find love. At least that’s what body language expert Traci Brown infers. "He’s a really attentive guy," she tells Elite Daily. "He’s doing all the right things so that each of them feels unique and listened to. He really likes to look them in the eye. And that’s all it takes to make them feel special."

While that’s all nice and good, Brown also breaks down Underwood’s interactions with a few of the key players from the premiere. Buried under all the sloth costumes, fake accents, and virgin puns, there might actually be true love. Let’s find out, shall we?

1He made obvious connections. 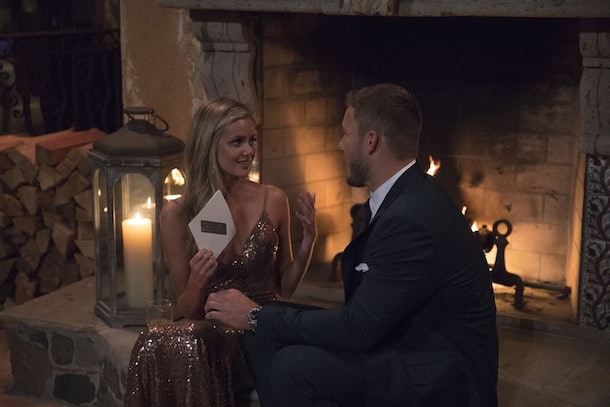 Hannah G., a content creator from Birmingham, Alabama, won the first impression rose on the season premiere. Clearly, Underwood was smitten with her, and according to Brown, it shows.

"She’s telling him her truth," she explains. "See how her hands are? That’s how you know. Is it the truth? Time will tell. He seems to be analyzing what she’s saying." These two had an obvious connection, and their body language is a perfect example of that. 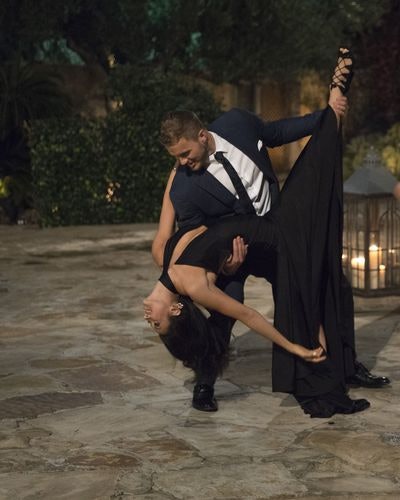 Next up is Sydney, a 27-year-old NBA dancer from New York City. Clearly, she’s got some moves, and Brown says that it actually might be a good sign that a professional dancer is trusting him to dip her.

"Here he’s being a bit of a showman," she starts. "But he’s done enough of the right things to let her trust him so much."

3He was a little guarded. 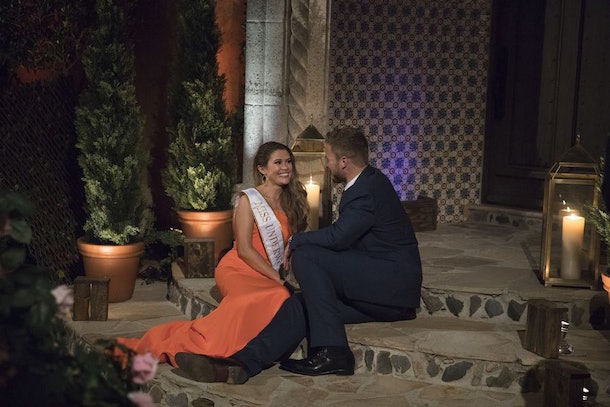 There’s royalty in the house this season! 23-year-old Caelynn was Miss North Carolina 2018, and has the sash to prove it. While chatting it up, however, Underwood wasn’t too quick to let his guard down around her, something Brown took notice of. "He’s super casual here but putting a barrier between them with his leg," she says. While Underwood may be open to love, it’s also clear that he wants it to be real.

4But got over it real quick. 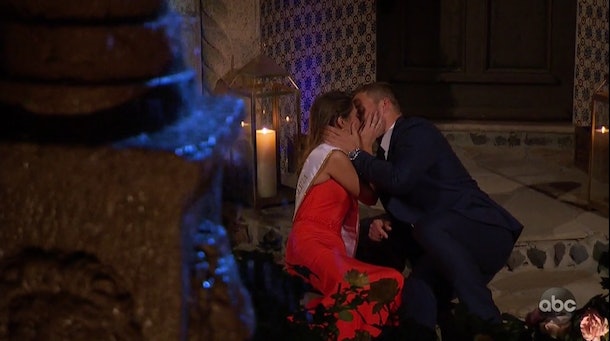 Then again, Underwood was really feeling things with Miss North Carolina, and they heated up fast! "Well he got over that pretty quickly," Brown exclaims. "He really likes to connect with his lady of the moment. See how he’s holding her face? So passionate!"

Maybe there wasn’t as much of an emotional connection with Caelynn, but there was definitely passion. 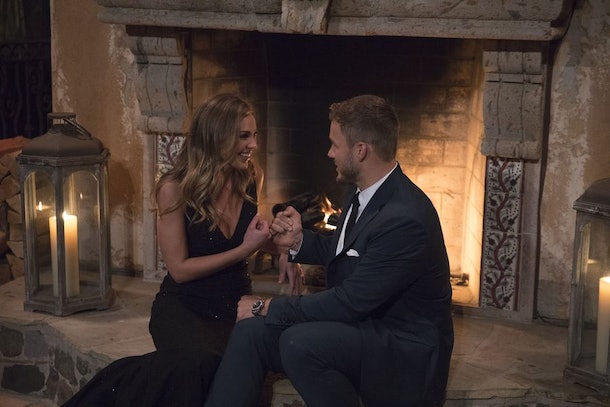 Caelynn wasn’t the only beauty queen in the house, as 23-year-old Hannah B. was crowned Miss Alabama 2018. These two shared a moment, but Brown observes that their body language doesn’t seem to be conveying much.

"What could possibly go wrong with a pinky swear?" she muses. "That’s what it looks like to me. Not super intimate in this moment. We’ll see if he breaks that promise."

6He kissed some more. 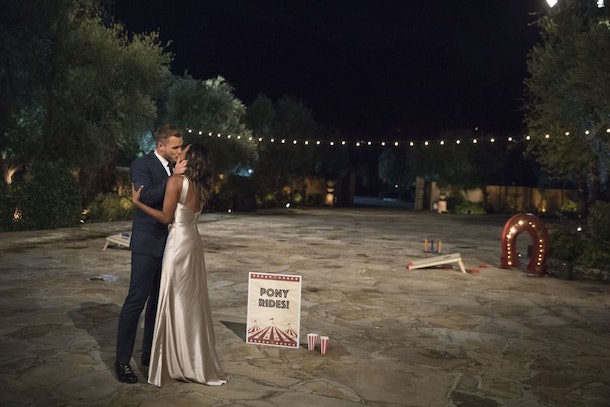 As the night went on, Underwood found himself hanging with 28-year-old Tayshia, a phlebotomist from California. The two shared a lovely moment outside, and Brown explains that they also had a genuine connection.

The way they kissed, with Underwood holding her face, made it clear that "he really likes to connect this way," Brown explains. Looks like they really did hit it off! 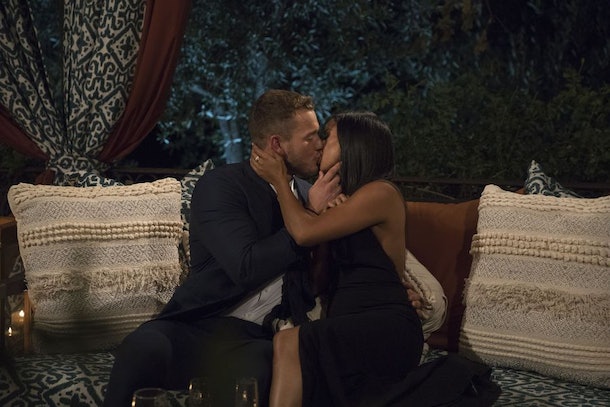 With Katie, a 26-year-old medical sales representative from California, Underwood seemed comfortable, and Brown agrees. "In this one he’s guiding and directing her just a bit more," she explains. "See how he’s using his thumb near her chin? So he’s connecting just a bit more here."

Whatever happens, Underwood definitely has plenty of women he could fall in love with, and Brown says that he’s well on his way to happiness. "It’s evident that he wants to be with every girl there," she says. "He’s looking them in the eye and giving them his full attention, much more intently than with any other Bachelor I’ve seen." Hopefully, he’ll find the right one and the virgin jokes can stop. At least one of those things is bound to happen, right?