Co-hosts of “The View” agreed that the halftime show at last night’s Super Bowl fell short — mostly because the big game glossed over its biggest controversy of the past several years: Colin Kaepernick’s protest, and the fact that he remains unsigned to any team.

The protests began in 2016, when Kaepernick, who was then playing for the San Francisco 49ers, took a knee during the national anthem. He explained to NFL Media in a post-game interview, “I am not going to stand up to show pride in a flag for a country that oppresses black people and people of color.”

“To me, this is bigger than football and it would be selfish on my part to look the other way,” he continued. “There are bodies in the street and people getting paid leave and getting away with murder.” 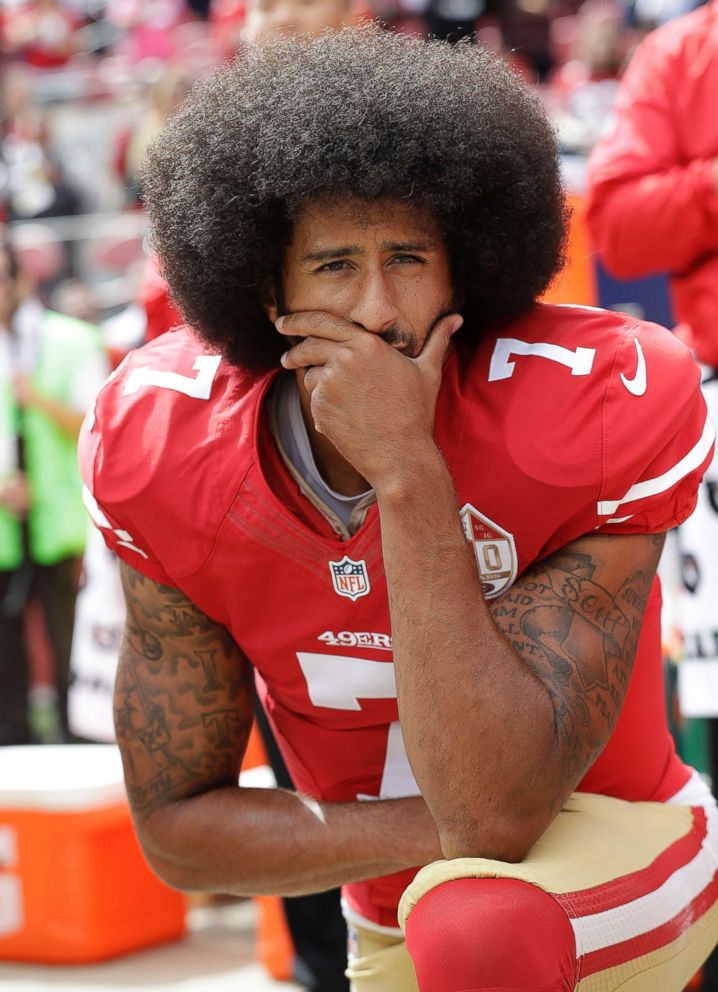 Critics argue the protest is disrespectful of the flag and to military service members.

“Look, I stand with Kap,” Sunny Hostin said. “I am no longer an NFL spectator… The fact that the NFL doesn’t seem to care that much about the 70 percent of its players that are African-American… they don’t care for their well-being and they seem to not care about a lot of the domestic violence that occurs.”

In an interview Thursday with “Entertainment Tonight,” halftime headliner Adam Levine said he “spoke to many people” in planning for his performance and hinted that he would acknowledge the protest and what it represents for people of color seeking justice.

“They will be [heard] — that’s all I want to say because I don’t want to spoil anything,” Levine said. “I’m not a public speaker. I do speak, but it’s through the music.

“If you’re going to cross this ideological or intellectual picket line, then own it,” Geragos said, “and Adam Levine certainly isn’t owning it.”

“Adam Levine said he was going to honor the struggle of people of color and there was going to be some message,” Hostin said. “Did I miss that? Because I didn’t see the message.” 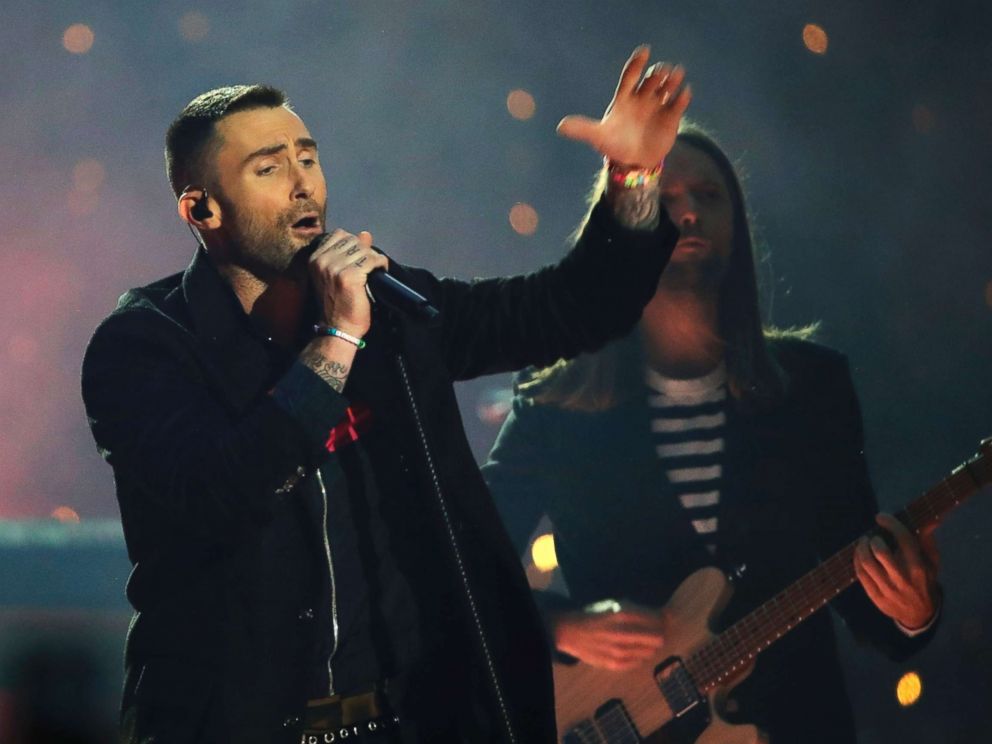 Meghan McCain said she “didn’t get the message either” and said the NFL should acknowledge they are “deeply political, whether they like it or not.”

While McCain emphasized that she stood on the opposite side of the debate from Hostin, she said she would’ve liked to see a similar discussion take place. She believes the protest is inappropriate and that athletes should stand for the national anthem.

“It’s an innately political game,” McCain said. “And the problem is we’re skirting it everywhere and I think it’s time to have hard conversations about hard issues.”

McCain noted that the NFL’s efforts to include civil rights icons Andrew Young, Rep. John Lewis and Martin Luther King Jr.’s daughter Dr. Bernice King fell flat because “it did feel like the elephant in the room was ignored.”

“Someone should’ve done a panel … of people who agree and disagree and have Colin Kaepernick there to explain his perspective and maybe try to have a conversation,” McCain said. “I think people would’ve been more comfortable with the game being played.”

Every episode of ABC’s award-winning talk show “The View” is now available as a podcast! Listen and subscribe for free on Apple Podcasts, Google Podcasts, TuneIn, Spotify, Stitcher or the ABC News app.