‘At least put on sweatpants!’ Superman star Christopher Reeve’s son Will appears on GMA with NO PANTS on after failing to realize that his bare legs and boxers could be seen on camera

A Good Morning America reporter became the butt of a national joke after he appeared on the popular show without any pants on, apparently totally unaware that his bare legs and boxer shorts could be seen on camera.

Will Reeve, who is the son of late Superman star Christopher Reeve, filmed a live segment for the morning show from his home on Tuesday morning, during which he discussed a new initiative that will see drones being used to deliver prescriptions to elderly people.

However, many viewers found themselves unable to concentrate on the story after it became very apparent that Will, 27, was filming the show without any pants on – despite going to the effort of dressing up in a smart grey suit jacket and blue shirt. 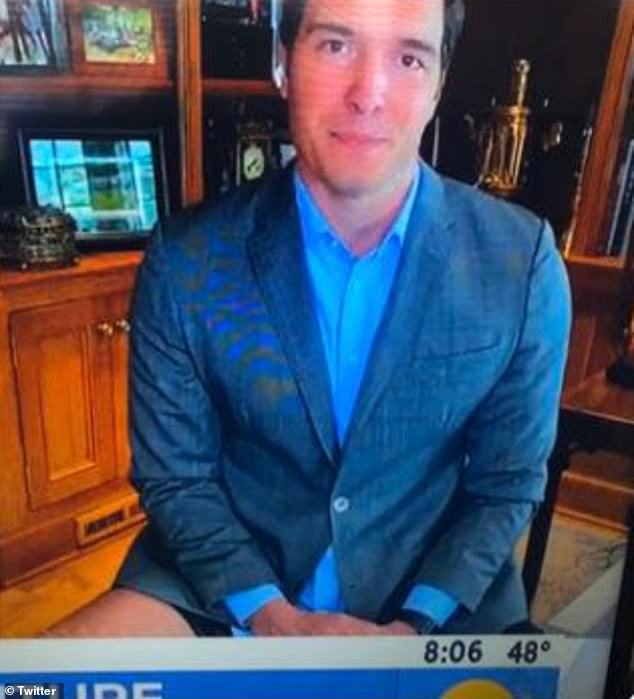 Whoops! Will Reeve, an ABC News reporter and son of late Superman star Christopher Reeve, was caught filming for GMA with no pants on 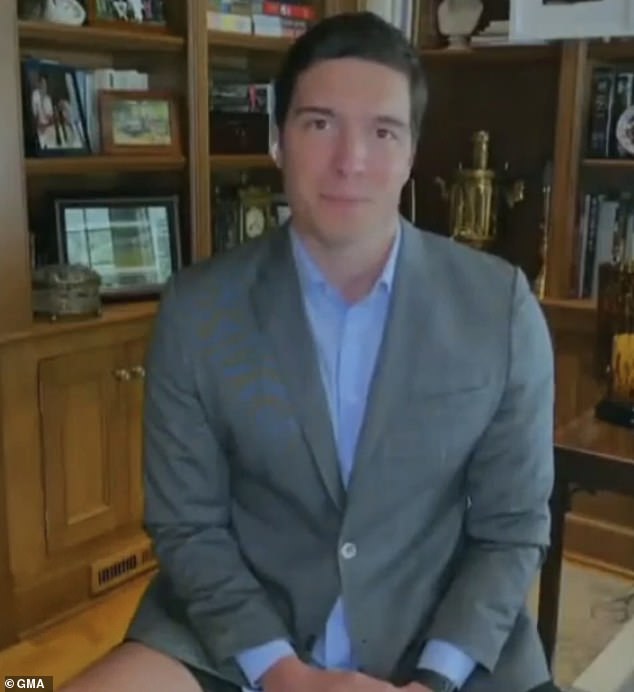 Business on the top… The 27-year-old correspondent dressed up his top half in a suit jacket and shirt, but failed to realize that his bare legs and boxers were visible on camera 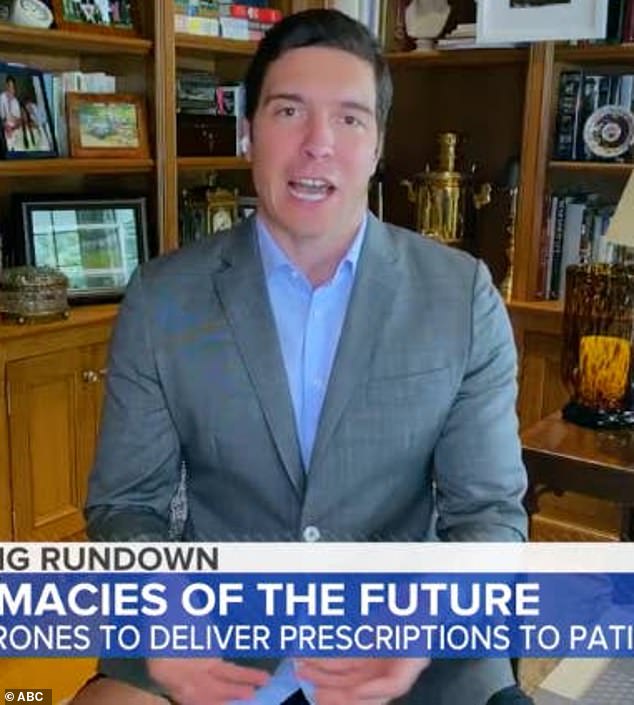 Distracting: Will appeared on the show to discuss an initiative that will see drones delivering prescriptions to elderly people – but his sartorial mishap stole the show

At the start of the segment, during his conversation with anchor Amy Robach, Will’s legs were covered up with the GMA graphics that run across the bottom of the screen, which read: ‘Pharmacies of the future, using drones to deliver prescriptions to patients.’

However, when the camera cut out of the two-person shot and focused on Will solo, his bare thigh and black boxer shorts became clearly visible.

The ABC News reporter seemed blissfully unaware of the issue, and carried on his report with gusto, telling Amy, ‘What is an innovative, high-tech way to get people their medicine quickly while promoting social distancing? Drones!’

But the drones were the last thing on most viewers’ minds as Will continued speaking, even moving his leg up at one point to show off even more of his bare thigh.

While Will seemed totally ignorant about his sartorial error however, Buzzfeed News caught Amy making a rather startled expression as the cameras returned to her and Michael Strahan in the studio – perhaps a sign that she caught sight of his rather risque outfit choice.

Whether or not Amy was aware of Will’s oh-so casual quarantine wardrobe, there is no doubt that thousands of viewers spotted the error, with dozens taking to social media to share their amusement over the incident.

‘No Pants Tuesday on @GMA I assume,’ one person commented, while sharing a cry-laugh emoji.

‘Hey guys, guess some men don’t wear pants during social distancing!’ another chimed in, before adding: ‘Boxer briefs are cool!’

Indeed, the majority of people who caught sight of the hilarious mishap praised Will for providing them with such much-needed entertainment, with one person writing: ‘To the @GMA reporter who forgot to wear pants for this morning’s broadcast: you are officially the most relatable person on television and my new favorite news anchor.’

Many offered words of empathy for Will, with some noting that they would probably have found themselves in a similar situation.

‘I cannot stop thinking about the GMA reporter who thought nobody could see he wasn’t wearing pants. Would 100% happen to me,’ one Twitter user wrote.

Another urged GMA to ‘support’ its reporters’ decision to go pant-less on-air. 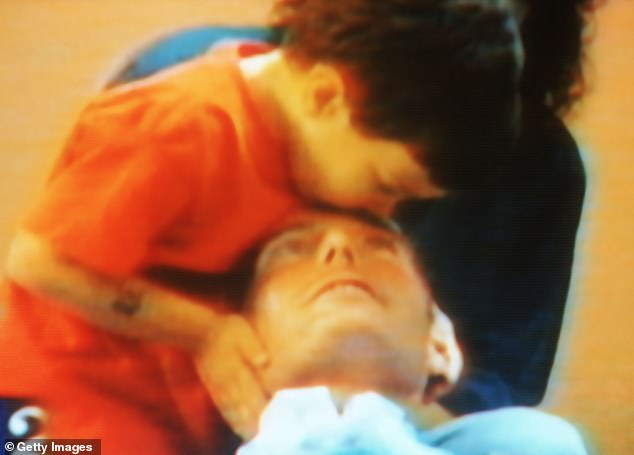 Family: Will is the son of late Superman actor Christopher Reeve, who passed away in 2004 at the age of 52, nine years after he was paralyzed in an equestrian accident 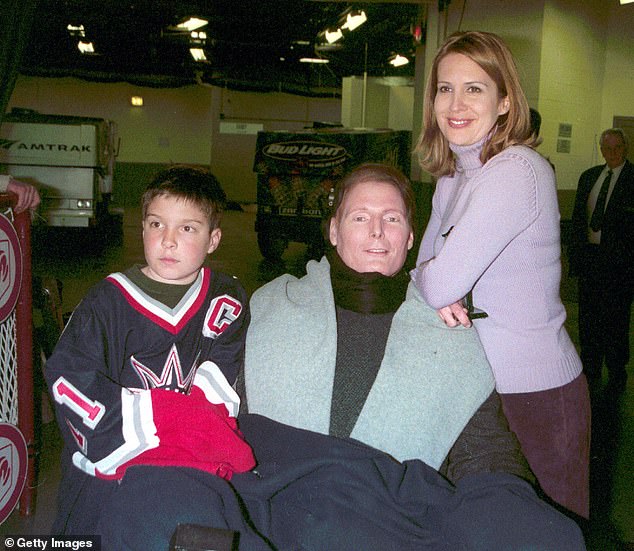 Legacy: As well as working for ABC News, Will is also on the board of directors for the Christopher and Dana Reeve Foundation, which helps to fund research into spinal cord injuries

Thankfully, Will took the social media frenzy in his stride, even joking on his own Twitter account that he had ‘arrived’.

‘I have ARRIVED… in the most hilariously mortifying way possible,’ he tweeted, not long after the clip of his interview went viral.

Replying to another user who joked that Will ‘wearing shorts on a video call is a big quarantine mood’, the ABC News reporter wrote: ‘Man the more I look at this the more thigh I see. Yikes.’

However, Will did defend himself on one point, insisting to the world that he was in fact wearing shorts, and had not simply appeared on camera in his boxer briefs, tweeting: ‘Those are shorts I promise.’

Despite the error, Will is actually a fairly seasoned broadcast journalist, having worked in TV since 2014, when he started working as a commentator for ESPN. In 2016, he also landed a job as the host of The MSG Hockey Show.

He began working as a Multi Platform Reporter for ABC News in 2018, and since then has done a wide variety of jobs for the network, including a recent interview with popstar Billie Eilish and her brother Finneas.

Will is also on the board of directors for the Christopher & Dana Reeve Foundation, a charity that was started by his parents to fund research into spinal cord injuries after the Superman star was paralyzed during an equestrian accident in 1995.