CHRISTMAS shoppers are set to spend a record £84.7 billion on presents, food and more as families are already hitting the high street for festive hauls. 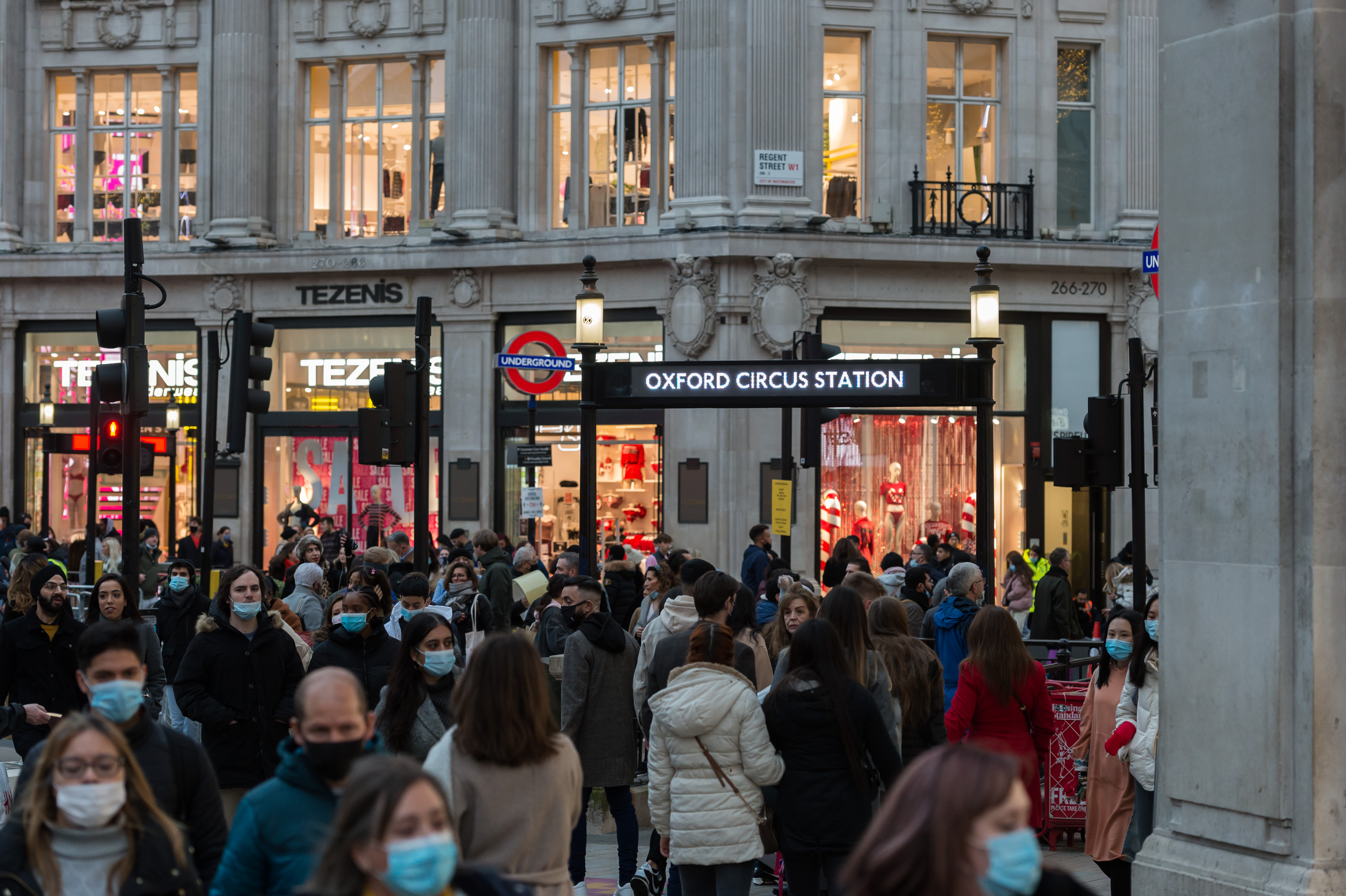 Money saving website VoucherCodes says the average Brit will spend £1,275 per person for the special day.

It comes as shops are trying to ramp up Christmas sales earlier this year to cash in on the festive fever.

John Lewis released its hotly anticipated Christmas advert earlier than ever this year to get Brits in the seasonal spirit.

It was released on November 4 – but usually, it comes out in the second week of November.

And the Christmas jumper featured in the ad, which John Lewis launched online so that shoppers could buy it themselves, sold out just an hour after the ad aired.

Very launched its Christmas ad even earlier in October – 85 days before the big day – while other retailers like M&S and Sports Direct have released theirs too.

Christmas supermarket delivery slots are already sold out online for some shops, and turkey sales soared by 409% last month as families rushed to stockpile festive grub.

The hype for Christmas, earlier than ever this year, might be down to a disappointing holiday for many last year.

Mr Johnson all but cancelled Christmas 2020 on December 19 amid fears a highly contagious new Covid variant would overwhelm hospitals.

But this year, Mr Johnson has told Brits to enjoy a happy, lockdown-free holiday this year.

VoucherCodes lifestyle editor Anita Naik said: "Last year’s Christmas was unlike any other on record for both consumers and retailers alike as most of the UK were plunged into unexpected lockdowns for much of the festive period.

"As most Covid restrictions have now been lifted, and are expected to remain so throughout the Christmas period, it's no surprise that the nation is gearing up for an extra special Christmas this year."

However, families might yet see festivities thwarted by Christmas food and toy shortages.

Sainsbury's has warned customers that their favourite Christmas foods could be in short supply this year.

The supermarket also delayed its annual toy sale due to shortages.

Shoppers have also been warned that big brands like  Elf on the Shelf, Paw Patrol and Barbie figures are among those likely to be missing from shops.

But whether or not gaps will be seen on the shelves depends on a number of factors – including a crippling shortage of HGV drivers.

Experts estimate that the nation faces a huge shortfall of 100,000 drivers – meaning not enough deliveries of food, essential goods and more are being delivered to meet demand.

It's meant big retailers have warned that problems keeping shops stocked could happen in the run-up to Christmas.