Can you spot the ladybird among the baubles? Festive brain teasers will leave even the most eagle-eyed players scratching their heads

This quartet of festive brain teasers is sure to leave you cross-eyed, with a hidden object lurking in each of the Christmas-themed pictures.

The first picture contains dozens of red baubles hanging from a ceiling, with a ladybird lurking somewhere between the decorations.

The second image challenges players to find the jellybean hidden among an array of colourful stockings (but users may be distracted by the clashing patterns).

Elsewhere, a bow is mixed in with an influx of red Christmas crackers in the fourth infuriating optical illusion.

Finally, players are tasked with finding the tie among the candy canes, in possibly the trickiest task by eye specialists Optegra.

So can you solve all four teasers in one minute? The answers are circled below… but no peeking!

1. Find the ladybird among the baubles 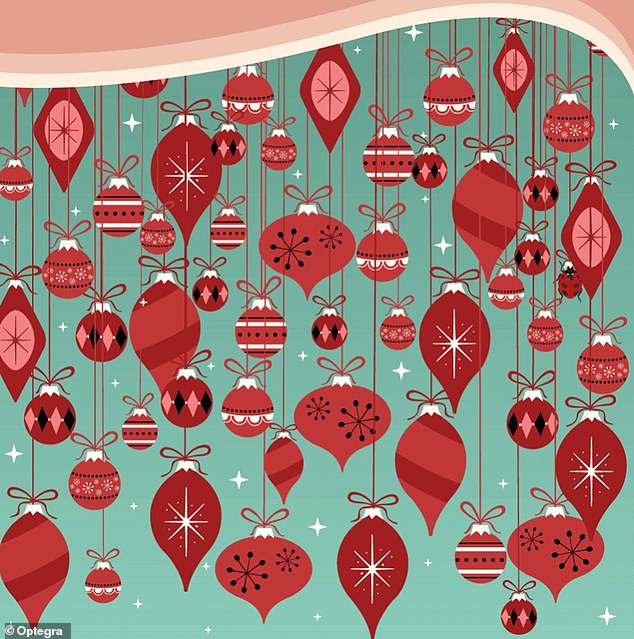 In the first in a series of pictures produced by British eye specialists, users are challenged to find the ladybird among the red Christmas baubles

2. Find the jellybean among the Christmas stockings 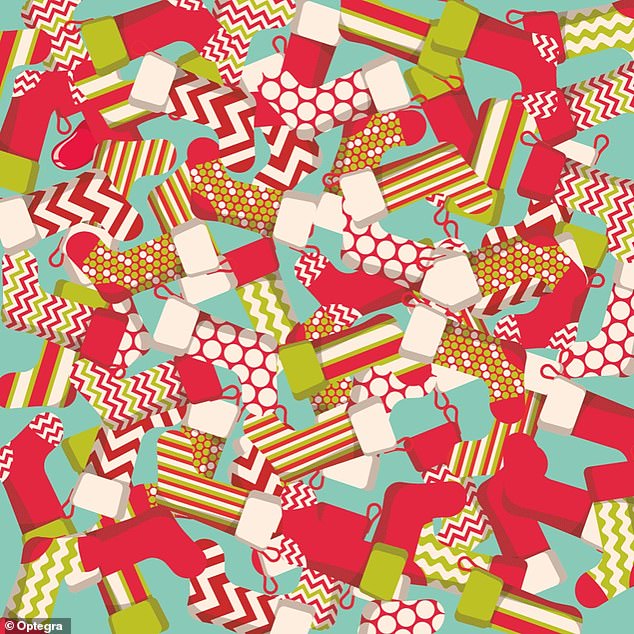 Next up users are tasked with finding the jellybean among the Christmas stockings, contending with an array of brightly patterned socks

3. Find the bow among the crackers 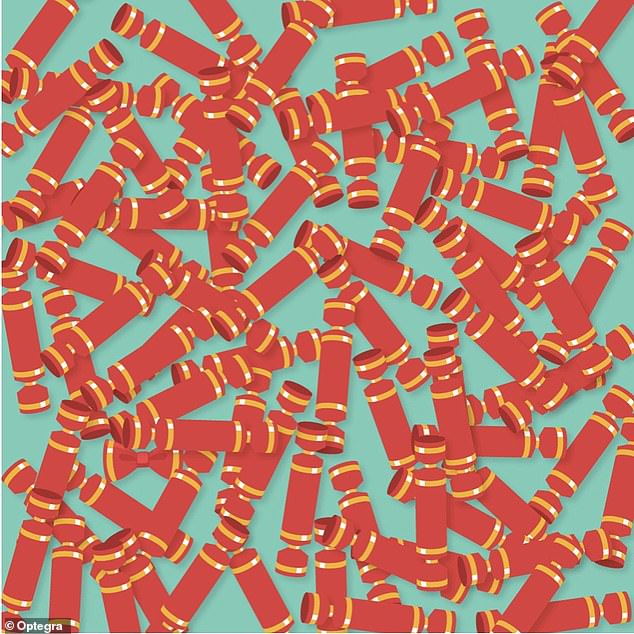 Meanwhile a bow is hidden amid the sea of red Christmas crackers in another infuriating brain teaser, but can you spot it?

4. Find the tie among the candy canes 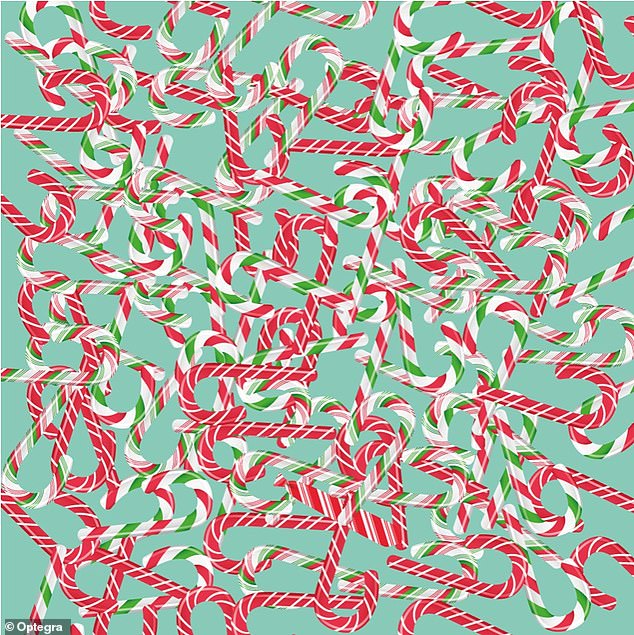 And in the final but perhaps hardest teaser of them all, users are challenged to find the tie among the candy canes, in the fourth of the optical illusion style puzzles 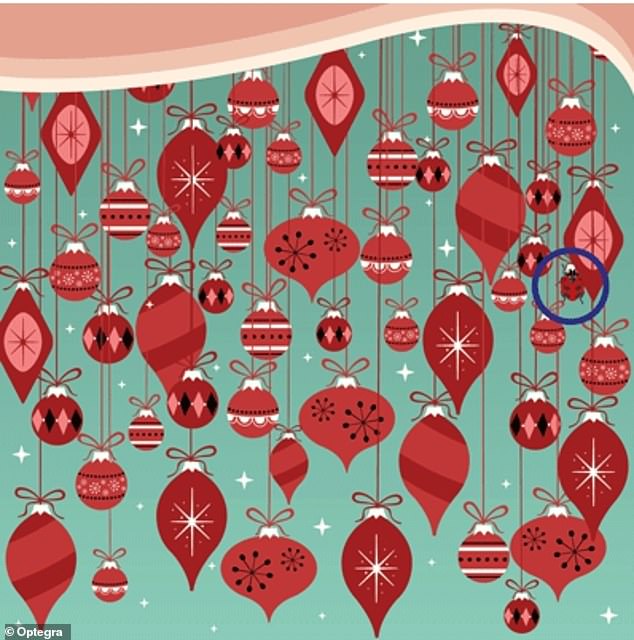 The ladybird is seen lurking in the top right hand corner of the picture, hidden behind a diamond-shaped bauble (circled) 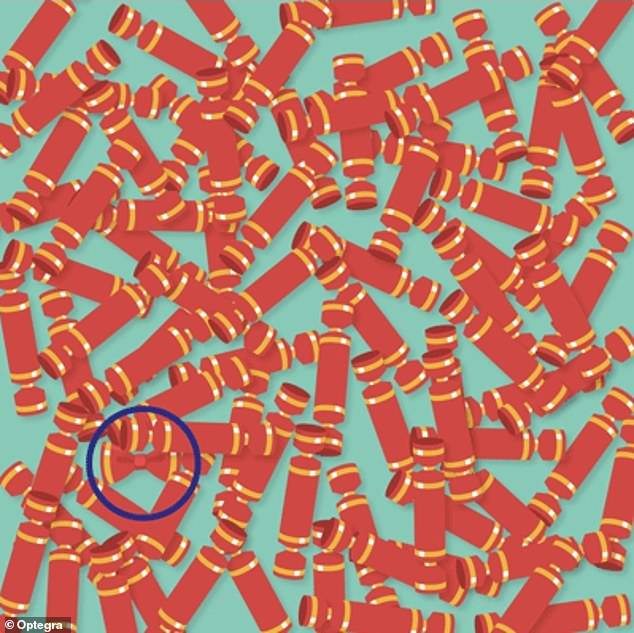 The bow is uncovered in the bottom-left hand corner of the picture, camouflaged amid a sea of crackers 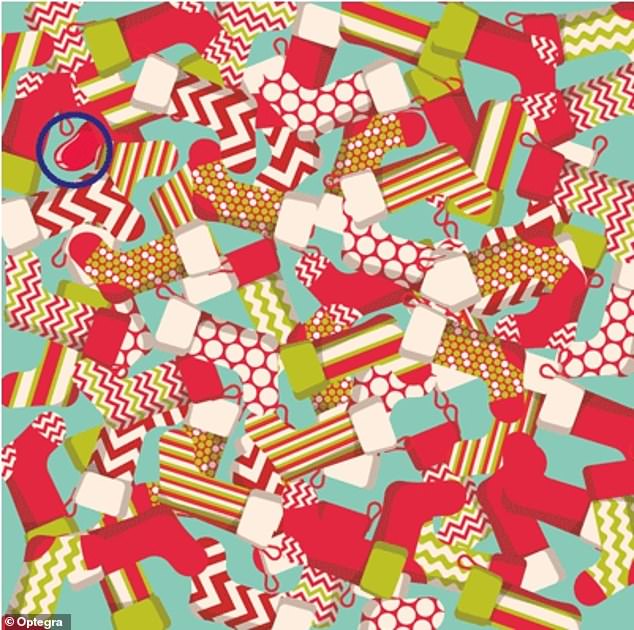 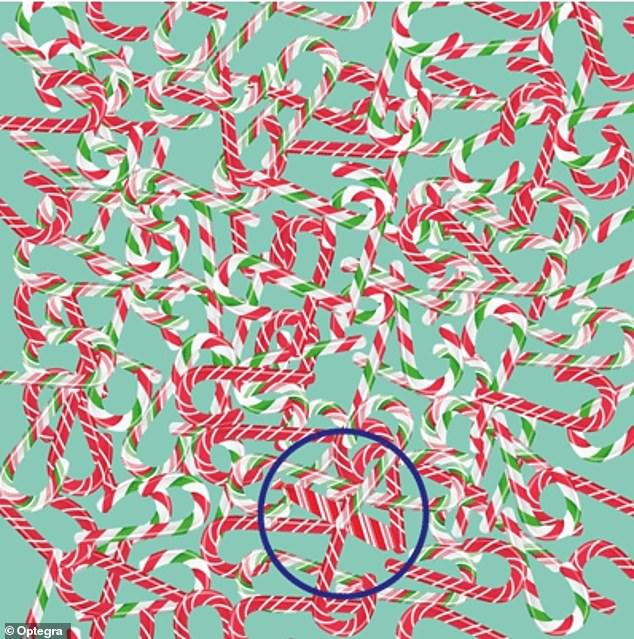