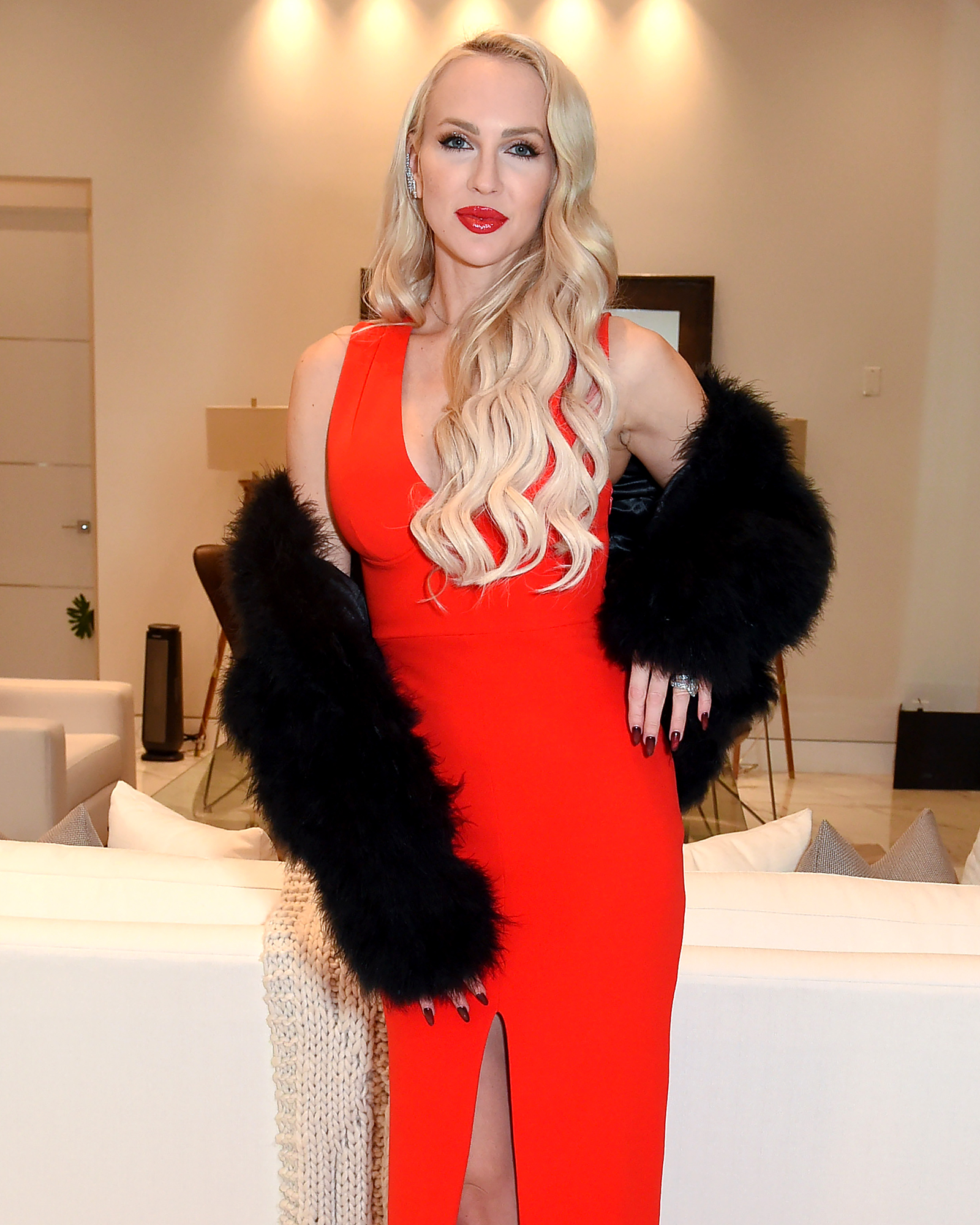 Setting the record straight. Amid ongoing feud rumors with her Selling Sunset costars, Christine Quinn is clapping back at the accusations she’s been less involved on the Netflix show as a result.

“I’m SOOOOO tired of addressing this,” the Netflix personality, 32, tweeted on Friday, October 22, in response to the ongoing speculation. “I am in every single episode of season 4 and 5 of selling sunset. The girls intentionally leave me out of photos. I have real work to do besides sit on my phone and prove 24/7 that I’m filming a TV show. Yall going to see me.”

Quinn also shared a video of herself in the Oppenheim Group office, where she reiterated her point, noting, “I am in every single episode of the show.” In the footage, Quinn showed her coworkers huddled in one corner of the office as she stood apart from them.

The How to Be a Boss Bitch author also wrote in another Friday tweet, “I’m surrounded by a bunch of Benedict Arnold’s.” 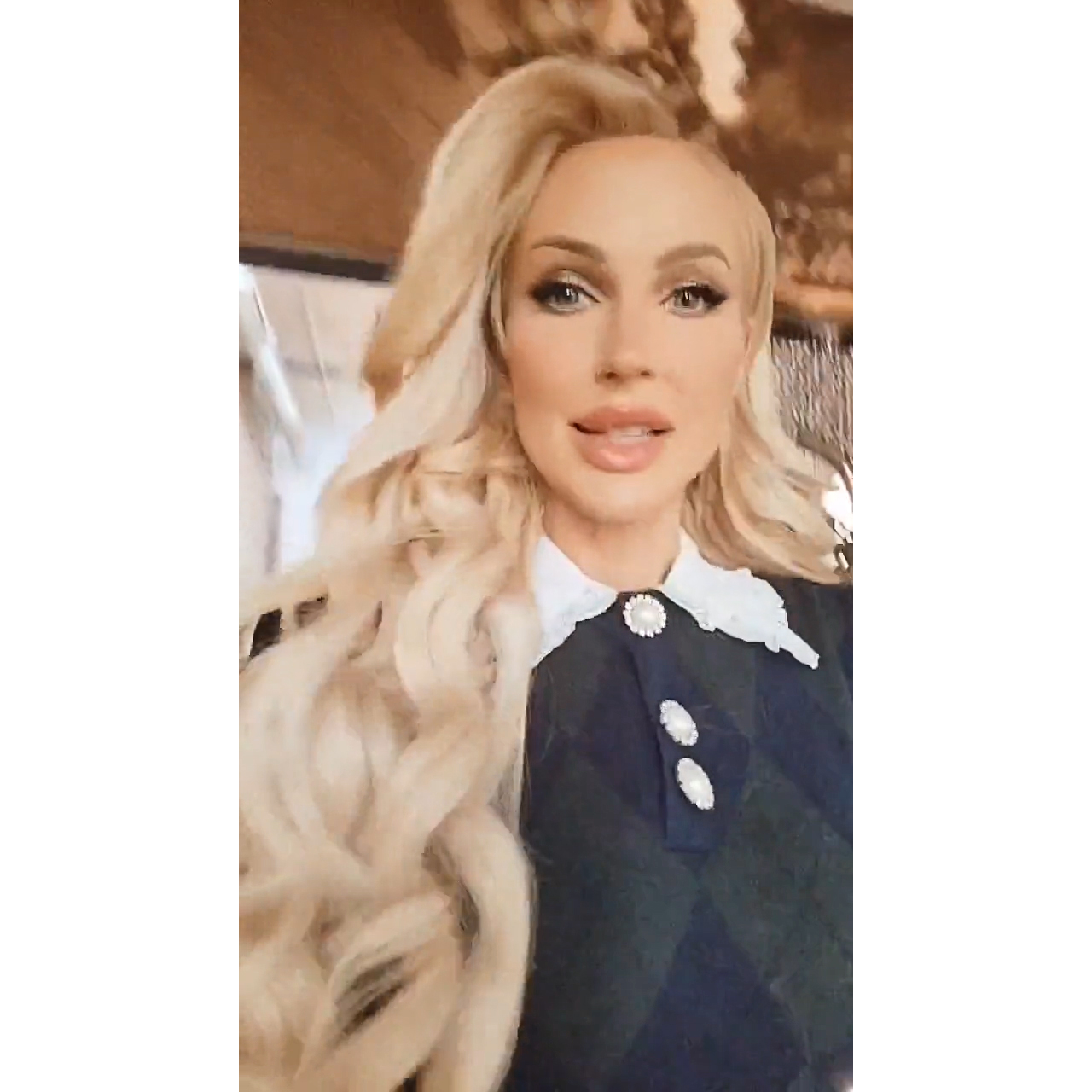 The reality TV star made her video in response to a variety of tweets from fans, who claimed they didn’t like seeing her fellow realtors constantly exclude her. Quinn even replied to one social media user’s comment, seemingly referencing her costars: “Hoes ain’t loyal.”

The Claws Are Out! Biggest ‘Selling Sunset’ Feuds

She also tweeted in another message, “I assure you I am at all the same events as them. I just do my job and head back to my family. Don’t need a photo to prove anything lol.”

Quinn posted her shady tweets one day before costar Heather Rae Young’s nuptials to Tarek El Moussa, which many of their costars publicly attended.

At one point during the Saturday, October 23, celebrations, Chrishell Stause exclaimed, “Woo! Mr. and Mrs. El Moussa,” as she danced with the 34-year-old bride, 40-year-old groom, Mary Fitzgerald, Jason Oppenheim and Brett Oppenheim.

Fitzgerald, 39, for her part, shared a panoramic video of the evening sky onto her Instagram Story, writing, “Beautiful night for the wedding of @therealtarekelmoussa and @heatherraeyoung [four diamond ring emojis].”

While many of the Oppenheim Group agents frequently share social media uploads of one another on set or at formal get-togethers, eagle-eyed fans were quick to note Quinn’s absence in light of the ongoing drama, which is frequently captured on the Netflix series.

The newlywed previously opened up about the former friends’ relationship in September.

“Christine and I have not had a close friendship for over a year now,” Young exclusively told Us Weekly at the time. “We congratulate each other for special moments or we’ve sent a few nice texts back and forth. I’ve [also] obviously seen her a couple times in the office, here and there. But as far as a friendship, it’s just not there right now.”

Everything to Know About ‘Selling Sunset’ Season 4: Cast, Feuds and More

The new bride also added, “I’m very close with all the other girls and there’s no animosity. I [have] no ill will for her. I’m so happy that she has a baby and her amazing husband [Christian Richard], and her beautiful family. So I just want the best for her. I want happiness and that’s it. I just want to work together and have no negativity.”

Quinn has also had a rocky friendship with Stause, 40, stemming from a tense season 1 standoff after Quinn alleged that the former soap star was fake and “shady.”

“I don’t think it’s a secret, you know, we’re not friends,” the Kentucky native told Us in June 2021. “But I think the goal is to be able to be coworkers.”

Months earlier, the Texas native exclusively revealed in March that the pair “mainly have a professional relationship” and try to be civil when they are both in the Los Angeles office at the same time.

Listen to Watch With Us to hear more about your favorite shows and for the latest TV news!