Get ready for the new era of Christina Aguilera. After teasing her project with some eye-catching visuals, Christina released “Pa’ Mis Muchachas,” presumably the first cut from her long-awaited second Spanish-language album. Along with Latin Grammy Award-nominated artists Nathy Peluso, Becky G, and Nicki Nicole, Christina went undercover for a sexy adventure in the video.

Rocking a bright hair do, the singer sizzled in the opening shot in a patent leather cat suit as she descended down a hall way in slow motion with two gal pals. The singer also delivered some of the lyrics from a royal throne type set up where she donned a leather trench coat reminiscent of The Matrix. Later, the trio were seen at an evening soirée with a dimly lit red hue as Christina took the dance floor for a seductive salsa with another woman. It turns out the ladies were on a mission to bust a mobster, which they did with style.

Christina revealed earlier in 2021 that she was busy working on her “overdue” follow-up to 2000’s Mi Reflejo. Aguilera’s Spanish-language debut peaked No. 27 on the Billboard 200 and dominated the Top Latin Albums and Latin Pop Albums charts. It also won her two Billboard Latin Music Awards and one Latin Grammy for Best Female Pop Vocal Album. “I’m months away from anything being announced,” she told Health magazine in April. “I’m simultaneously working on my English record and the follow-up to my debut Spanish album—about 20 years overdue. I’m a perfectionist and want to give everything my best—especially because of the soul-searching I’ve done over the past year and the new perspective I have. I am reinspired and have reconnected with myself. I’ve fallen in love with music all over again, which is a really big thing to say, having spent my entire career in music.”

“It’s a big deal right now, and it’s really nostalgic and part of my Latin culture and history,” she told Billboard in July. “So, this is really, really fun to get into some family roots and explore who I am now as a woman musically. Things are coming from a different approach.” Christina’s father, Fausto Aguilera, was born in Ecuador, and in a 2021 interview with Latina Magazine, she spoke about facing criticism over “not being Latina enough.”

Christina Aguilera Through The Years — Photos 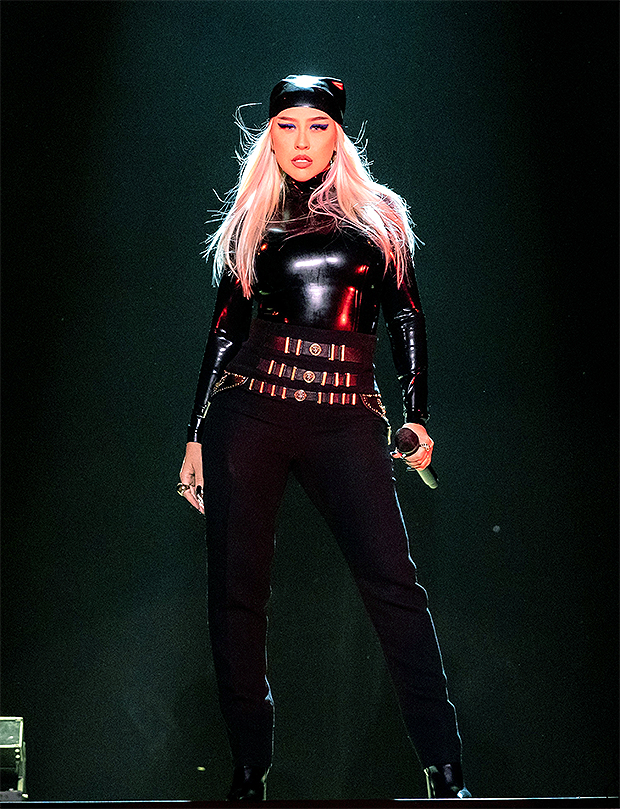 “I’ve dealt with that [criticism] my whole life,” she said. “I don’t speak the language fluently. And I’m split right down the middle, half Irish and half Ecuadorean. I should not have to prove my ethnicity to anyone. I know who I am. … “I wouldn’t be questioned [about my heritage] if I looked more stereotypically Latina. Whatever that is. All I know is no one can tell me I’m not a proud Latina woman… I dove headfirst into a Spanish-language album for that reason, and I’m planning another one even though I don’t speak the language. I’m sure that doesn’t sit well with some people.”

Christina’s last major release was 2018’s Liberation, her first album since 2012’s Lotus. Liberation featured her collabs with Ty Dolla Sign and 2 Chainz (“Accelerate”), Demi Lovato (“Fall In Line”) and GoldLink (“Like I Do.”) Since then, she’s contributed music to 2019’s The Addams Family (“Haunted Heart”) A Great Big World’s Particles album (“Fall On Me”) and the live-action remake of Mulan (“Loyal Brave True,” “Reflection.”) Christina is also on The Addams Family 2 soundtrack, and in July 2021, played two sold-out shows at the Hollywood Bowl with Gustavo Dudamel and the Los Angeles Philharmonic.