Teigen and husband John Legend publicly mourned their son Jack after 20 weeks of pregnancy in 2020, calling it at the time a miscarriage.

Two years after Chrissy Teigen and John Legend mourned their son Jack after the loss of her pregnancy, Teigen has revealed that she hadn’t experienced a miscarriage as presented but rather a life-saving abortion.

Teigen opened up about what really happened 20 weeks into her pregnancy while speaking at Propper Daley’s summit, “A Day of Unreasonable Conversation,” on Thursday, with The Hollywood Reporter as a media partner. 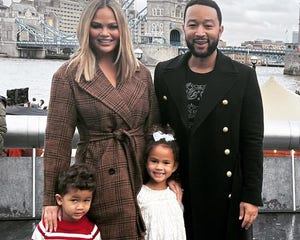 Talking about the “difficult and heartbreaking decisions” that she started having to face, Teigen said, “It became very clear around halfway through that he would not survive, and that I wouldn’t either without any medical intervention.”

When she started talking about the medical procedure that saved her life, Teigen paused and spoke plainly. “Let’s just call it what it was: It was an abortion,” she said. “An abortion to save my life for a baby that had absolutely no chance.”

Teigen went on to clarify that she had not sought to deceive anyone with how their loss was initially described, because “I never, ever put that together until, actually, a few months ago.”

It was actually the Supreme Court’s decision to overturn Roe v. Wade that caused her to take a closer look at the procedure she’d undergone that ended her pregnancy, and saved her life. 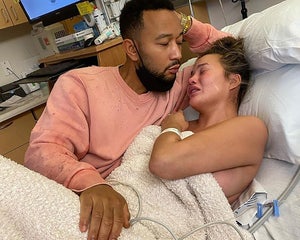 She said that she was feeling sympathy for anyone in that decision when her husband told her she was actually one of those people. “I fell silent, feeling weird that I hadn’t made sense of it that way,” she admitted.

On August 3, Teigen announced that she and Legend were again pregnant, looking forward to expanding their family and having a sibling join daughter Luna (6) and son Miles (4) in their lives.

“The last few years have been a blur of emotions to say the least, but joy has filled our home and hearts again,” Teigen said in her Instagram announcement on August 3.