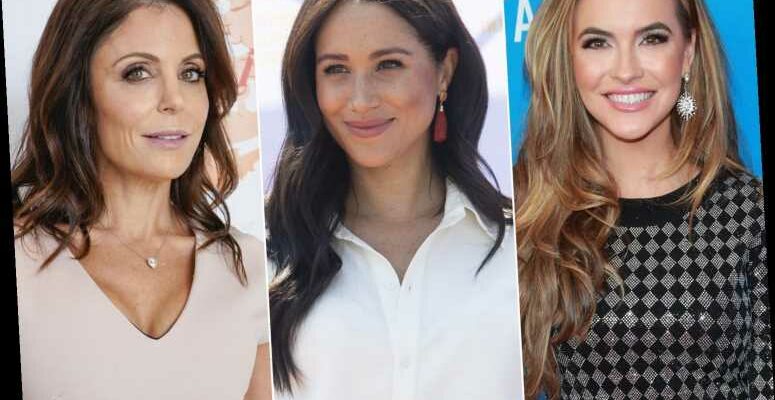 Chrishell Stause and Keo Motsepe are over already

Chrishell Stause responds to criticism of family photo amid pandemic

The 39-year-old reality star called out Frankel on Twitter for saying “Cry me a river” about the Duchess of Sussex’s decision to have a tell-all sit-down with Winfrey.

“Not a white housewife comparing her struggle to Meghan’s. A woman of color joining the Royal Family. It’s the delusion for me,” Stause tweeted to Frankel, 50, on Sunday.

“Everyone is working overtime trying to silence her. Let us hear what she has to say!”

Frankel had put out her tweet earlier in the day Sunday, hours before Meghan and Harry’s claims of cruelty and racism in the royal family were aired publicly on CBS.

“Cry me a river,” she wrote, “the plight of being a game show host, fairly unknown actress, to suffering in a palace, w tiaras & 7 figure weddings for TWO WHOLE YEARS to being a household name w @Oprah on speed dial, fetching 7 m for interviews, hundreds of millions in media deals.”

In Sunday’s interview, Markle revealed that she had contemplated suicide during her first pregnancy with son Archie amid the pressures of royal life. She also alleged the royal family raised “concerns” about how dark the color of Archie’s skin might be.

Markle. — whose mother, Doria Ragland, is African-American — did not reveal which member of the family made the alleged comments, but Winfrey said Monday on “CBS: This Morning,” it wasn’t Harry grandparents, Queen Elizabeth II and Prince Philip.

Markle, 39, who is also pregnant and expecting a baby girl with Harry, 36, was also asked by Winfrey if she was “silent or silenced” during her time as a royal.

“I watched M & H sit down. Emotional distress & racism must feel suffocating & powerless. I’m a polarizing, unfiltered(often to a fault)flawed person w a voice. When I heard of the interview,during a pandemic, it felt like a surprising choice. I’m sorry if it hurt or offended you,” Frankel posted, which didn’t go unnoticed by Stause.

“The privilege here is you never questioned using your voice. And yet you used it on your huge platform to let it be known Meghan should be silenced. When I woke up to your asinine comparison, during a pandemic, it felt like a surprising choice,” Stause tweeted.

Stause also offered her thoughts on Markle and Harry’s “moving interview” with Winfrey.

“Such a moving interview. @Oprah remains the absolute best to ever do it. Love that they got out since it will be better for everyone. So happy Meghan got her voice back after having it silenced. Her voice is one we need more of. Love their love,” Stause tweeted.

Reps for Frankel did not immediately return our request for comment.