Diddy: ‘I can confirm’ Will Smith, Chris Rock settled feud after Oscars 2022

Chris Rock laughed off Will Smith’s Oscars’ slap — reportedly joking backstage that he “just got punched in the face by Muhammad Ali and didn’t get a scratch.”

The 57-year-old funnyman had clearly been shocked when he was socked at Sunday’s show, saying from the stage, “Will Smith just smacked the s— out of me.”

After trying to compose himself, he called the smack “the greatest night in the history of television” — then made light of it again backstage, according to the Los Angeles Times.

He was overheard making the Ali joke, the paper said, referring to Smith’s starring role as the legendary late boxer in a 2001 biopic.

Smith’s role as Ali — for which he said he underwent two years of extensive training in the ring to be able to look like the Greatest — soon became a subject for memes and jokes about Sunday’s shocker. 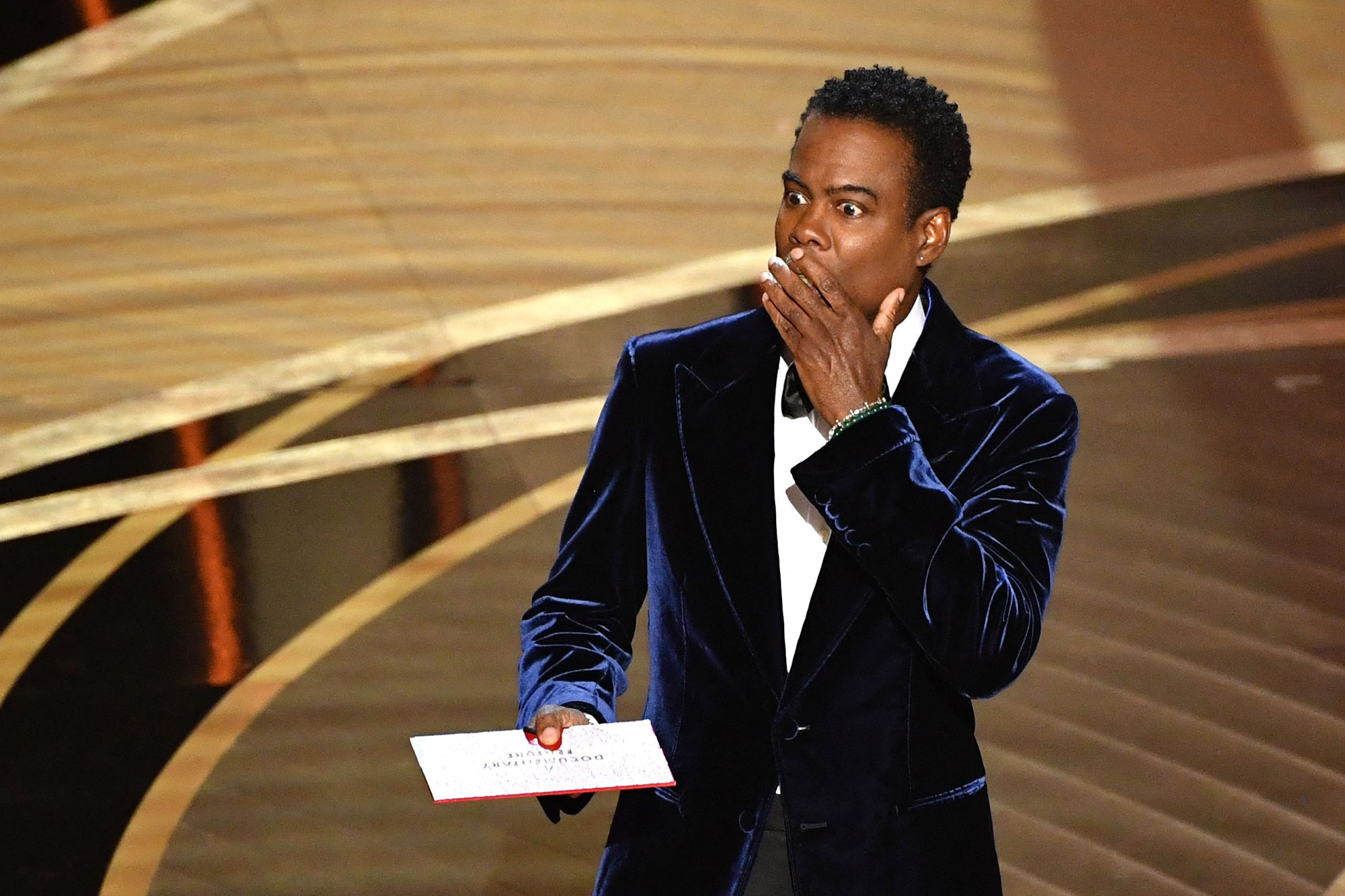 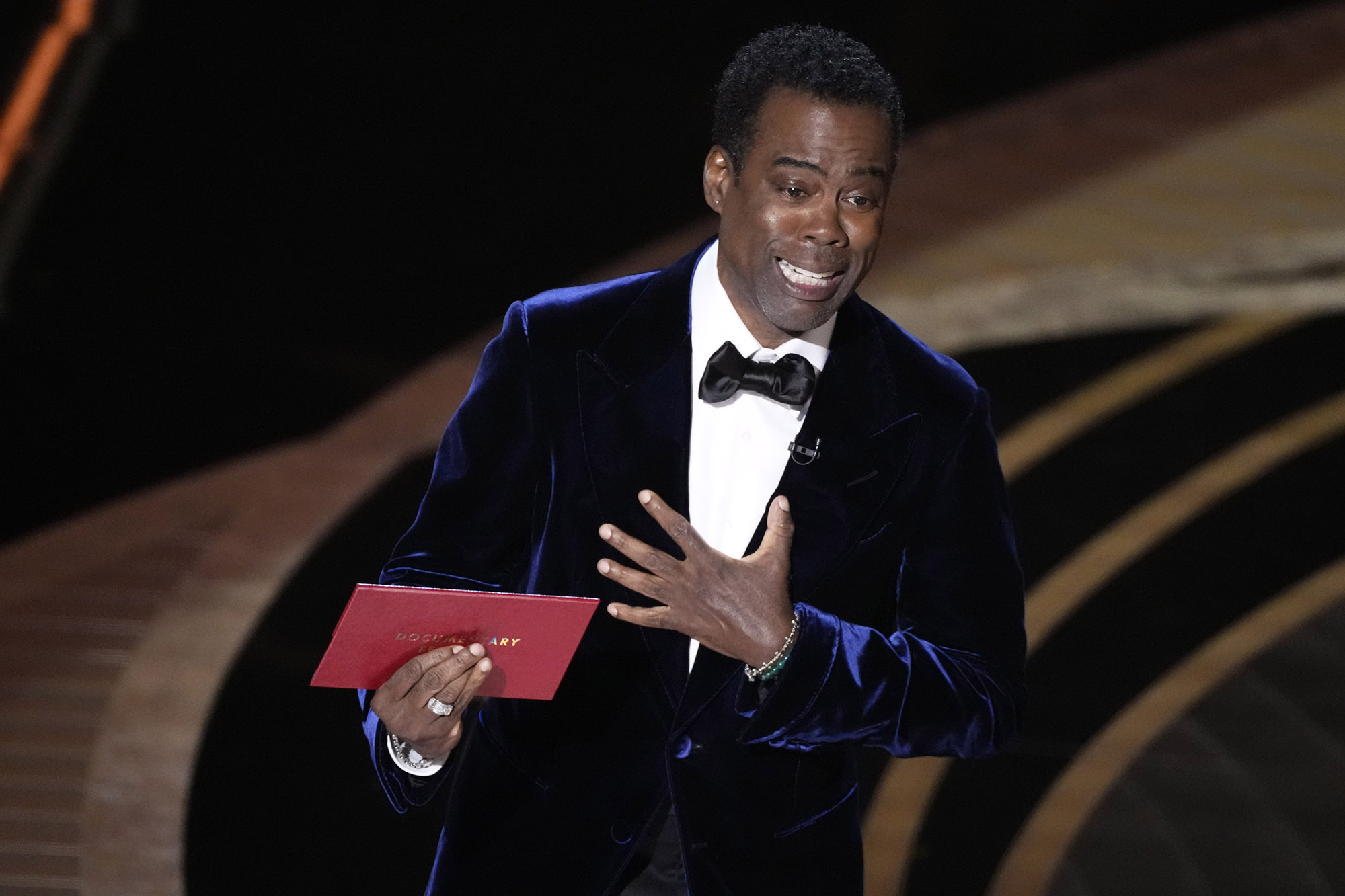 “So disappointing that Will Smith played Muhammad Ali but he couldn’t even knock out Chris Rock,” comedian Michael Ian Black tweeted.

British TV presenter Bryn Lucas also suggested that “the biggest question from the Oscars” was “how did Will Smith, an actor who trained as a boxer when he played the role of Muhammad Ali, not knock out Chris Rock with his right hook?!”

A popular meme also shared a still from the slap, saying, “Gonna tell my kids this was Muhammad Ali and George Foreman.” 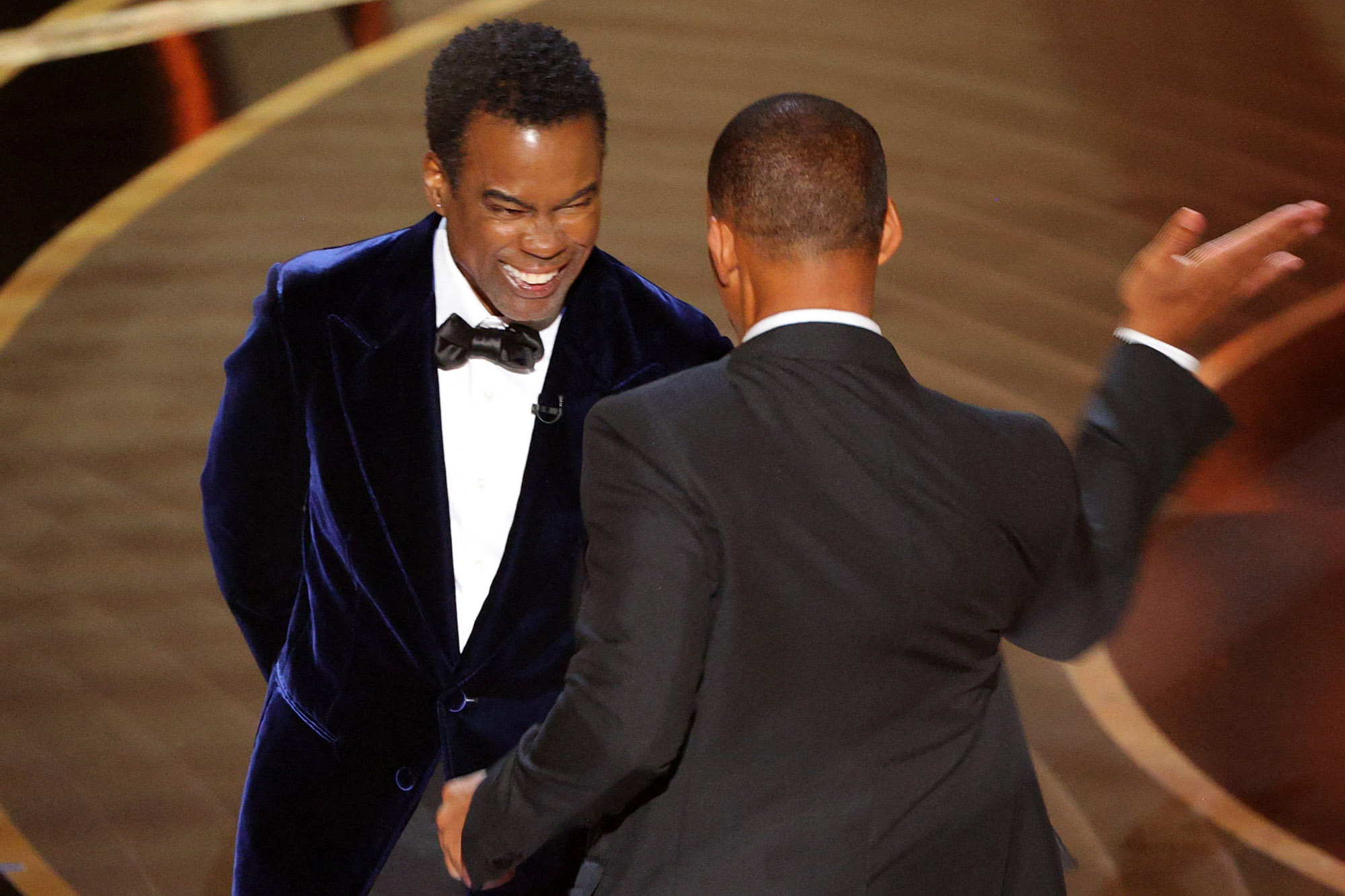 Smith’s “Best Smacktor” moment also drew the attention of some of the biggest names in the fight world, including UFC boss Dana White.

“FINALLY!!!!! there’s an #Oscars show worth watching. AND @chrisrock has a chin,” White tweeted admiringly of the comedian staying on his feet after the hard hit.

Rapper Diddy shared a similar message in a video filmed as he was driven away from the awards. 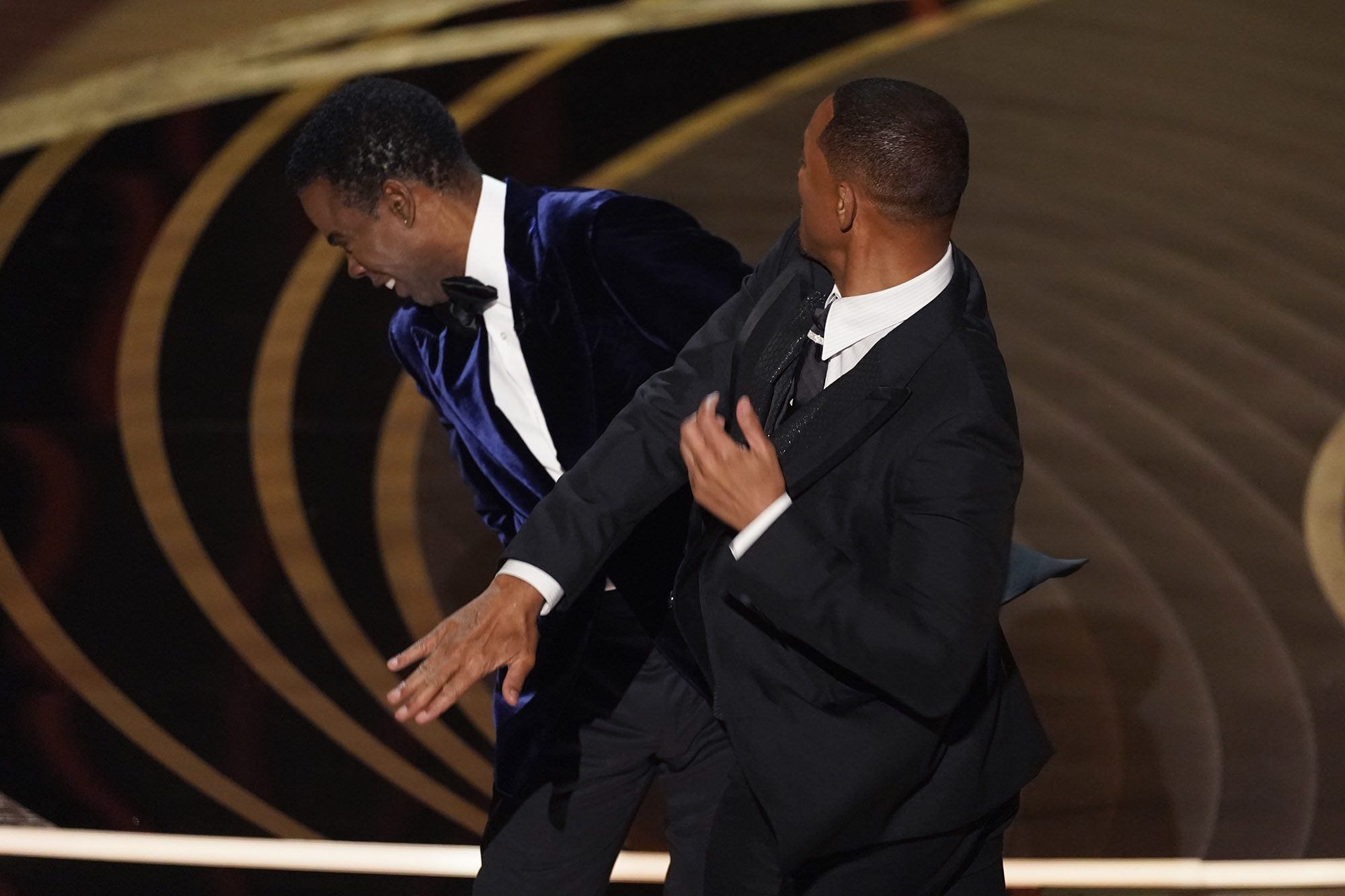 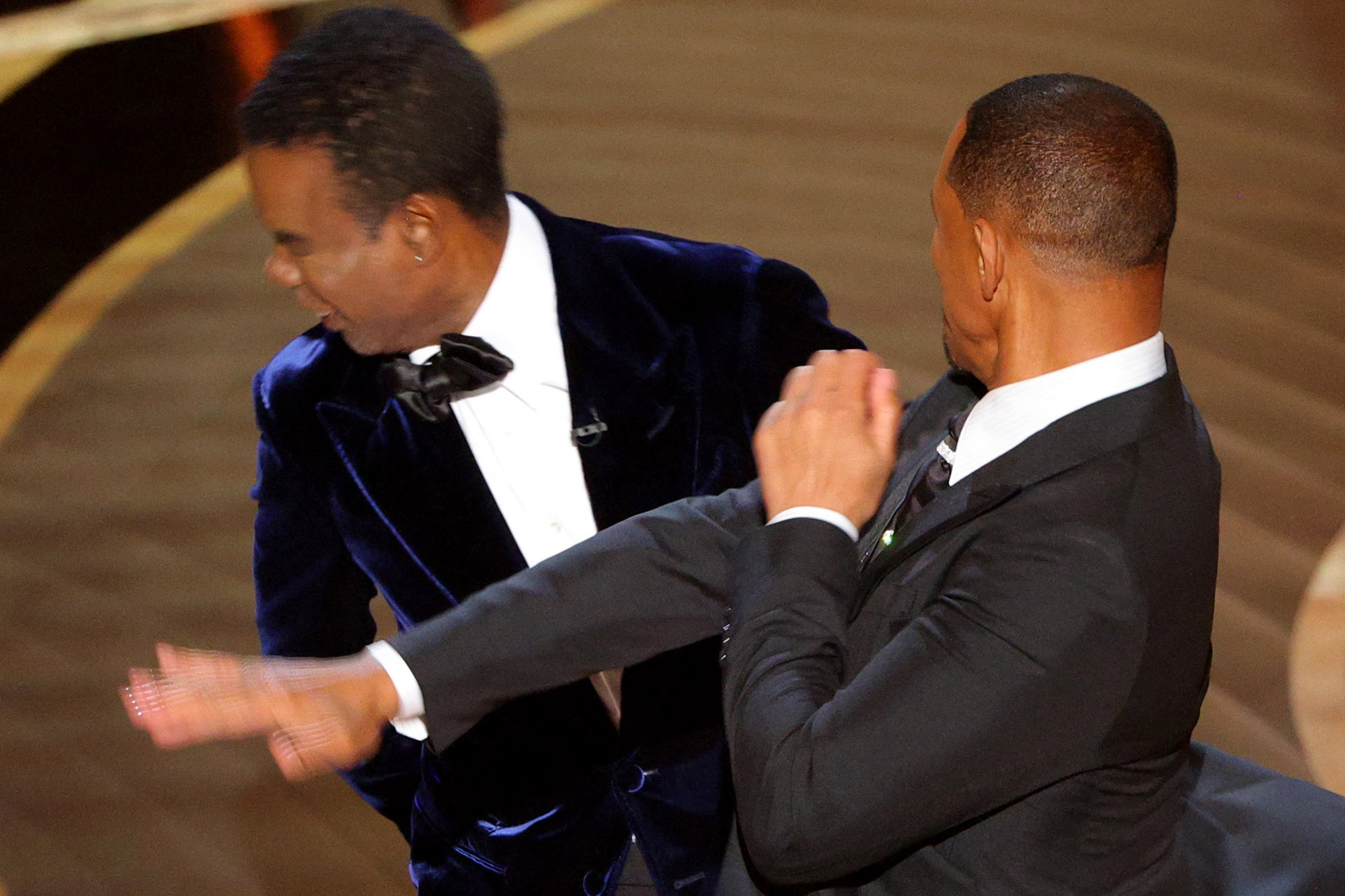 “My n–a Chris Rock got a chin, tho … he got a chin,” he said, dismissing the “crazy” night as “s–t happens sometimes.”

Rock has not filed a police report, the LAPD said, while the Academy said it “does not condone violence.”