Charlize Theron compares herself to Kylie Jenner with lipstick selfie

Charlize Theron says she’s in a relationship with herself

The “Bombshell” star was spotted wearing a stylish one-piece swimsuit Saturday as she celebrated turning 46 while on vacation in Greece.

The V-cut, all-black suit showed off the 5-foot-10 Oscar winner’s long legs as she spent time with family and friends.

Black appears to be the actress’ signature color as she also opted for the dark hue when wearing a tiny bikini on her trip days earlier.

Theron has been sailing the Aegean Sea aboard a lavish yacht with her loved ones to celebrate her birthday over the past week.

She shared on Instagram Saturday that her pals even threw her a prom-themed party since she never got to go to hers when she was younger. 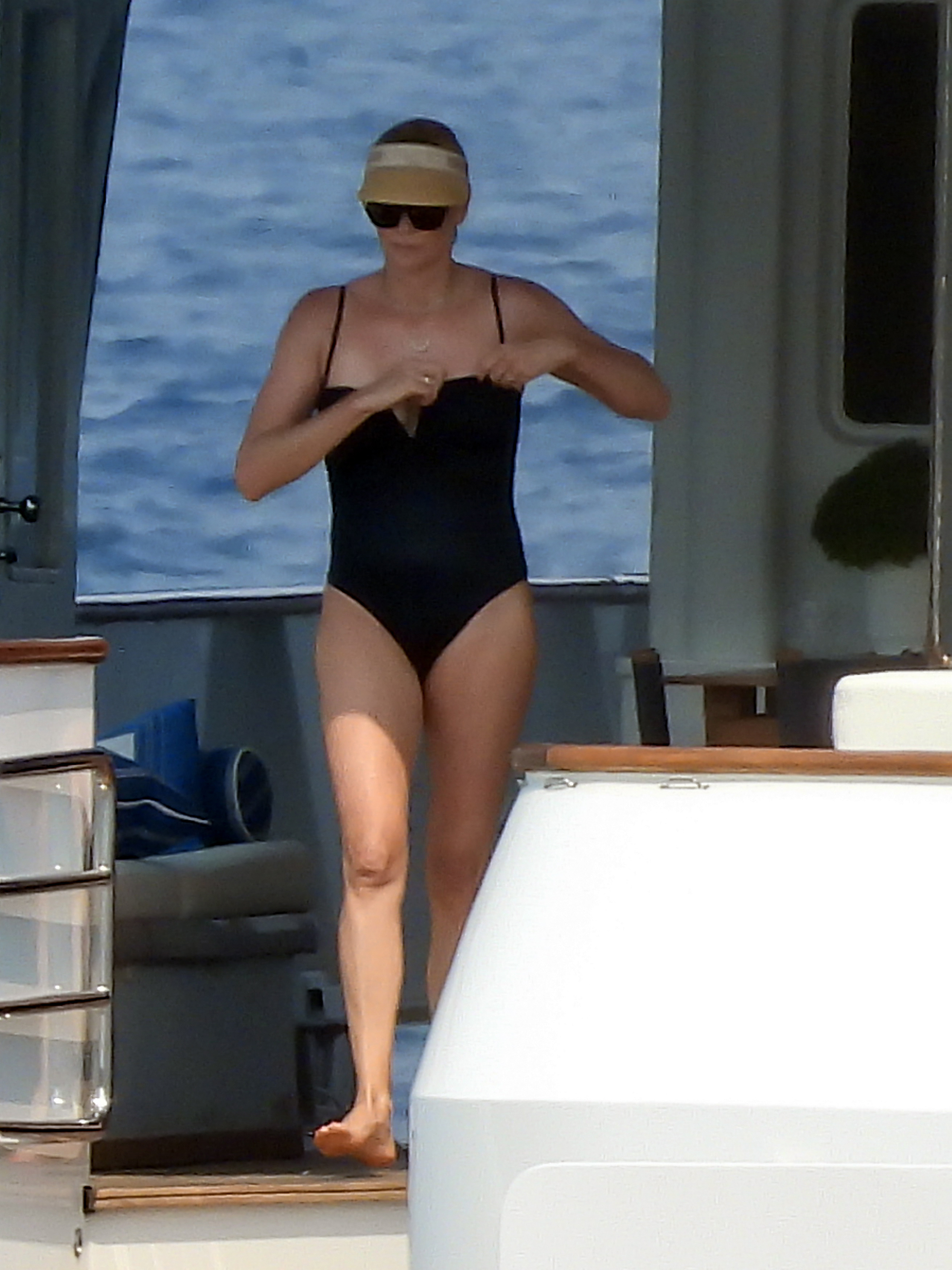 “I love these humans more than words can describe,” the “Monster” star wrote alongside a picture of herself looking out to sea with a glass of white wine in her hand. “Only they could know that an 80s prom murder mystery party on a boat is my literal dream birthday. What a family, what a night.”

Theron also shared a second photo of herself, her daughters, Jackson and August, and her friends dressed in costume for the theme party. 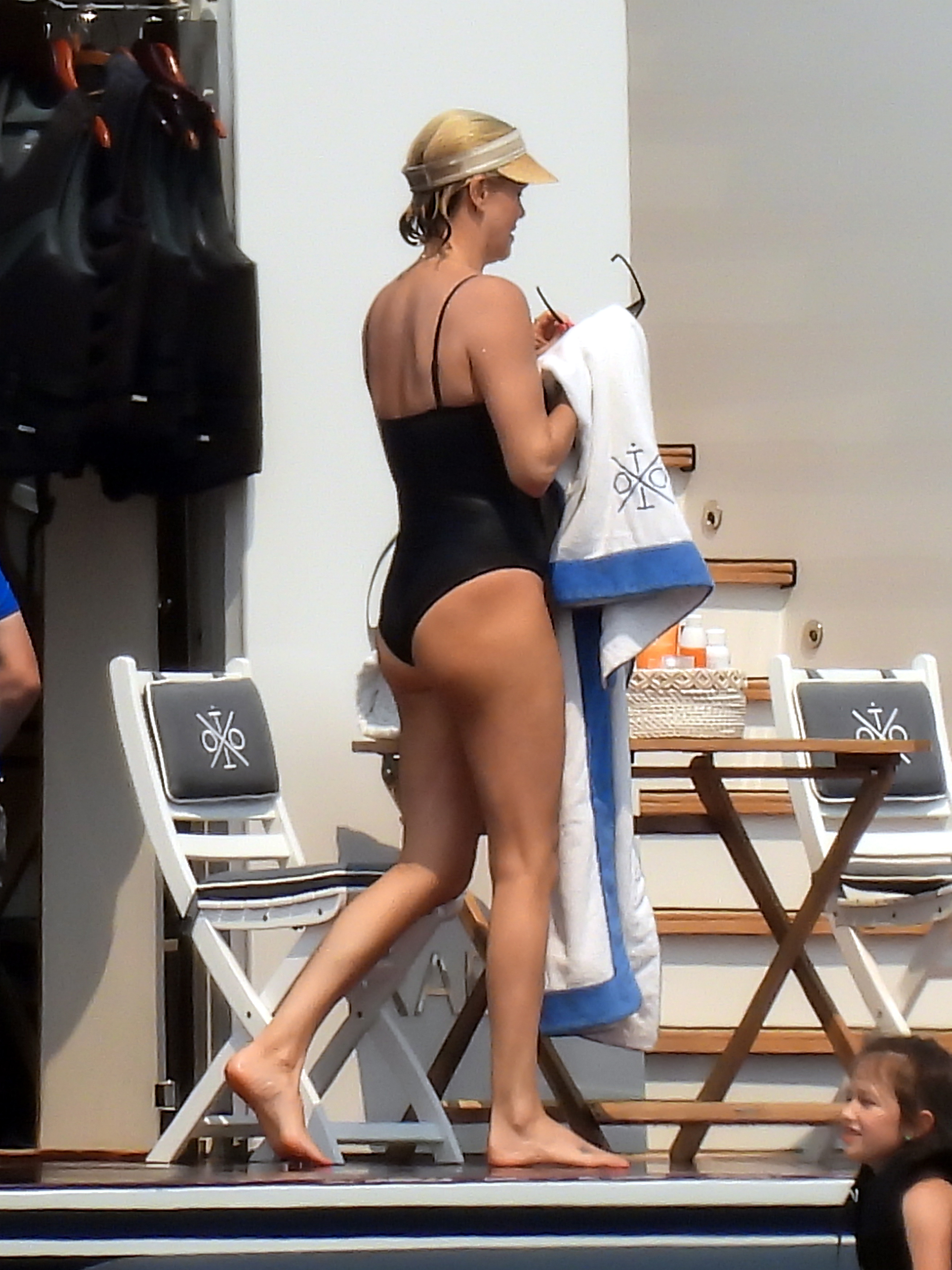 Meanwhile, in the paparazzi photos of Theron, the “Sweet November” star was back to her more muted tones in the all-black swimsuit as she indulged in water sports.

She was seen on Jet Skis and on a flotation device with her children that whisked them all around the sea.

At one point, an employee on the yacht carefully placed a towel around Theron as she got back on board the mega-yacht. However, the movie star took matters into her own hands when hosing herself down after taking a dip. 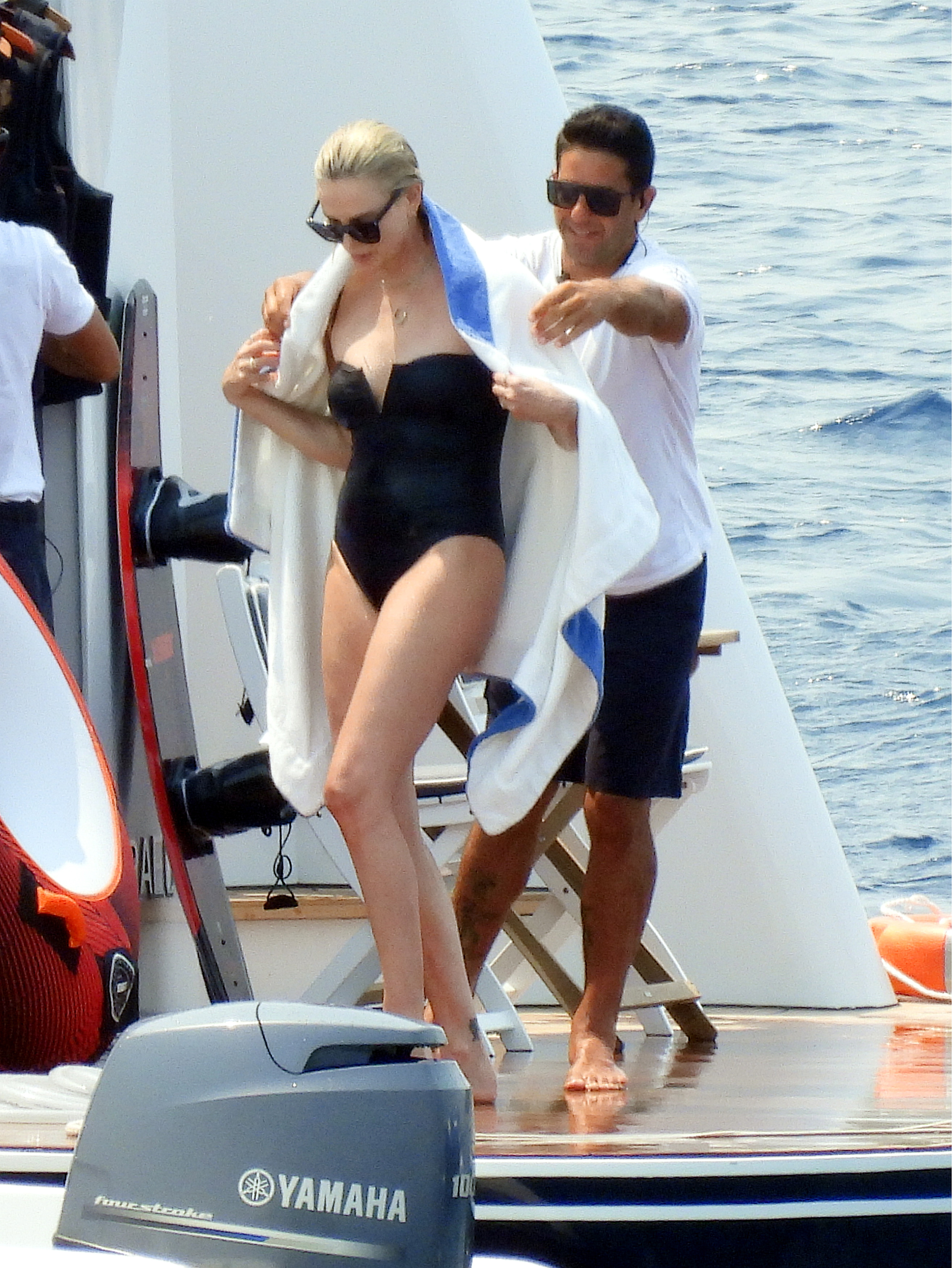 A member of the yacht’s staff was happy to help the beautiful movie star with her towel. 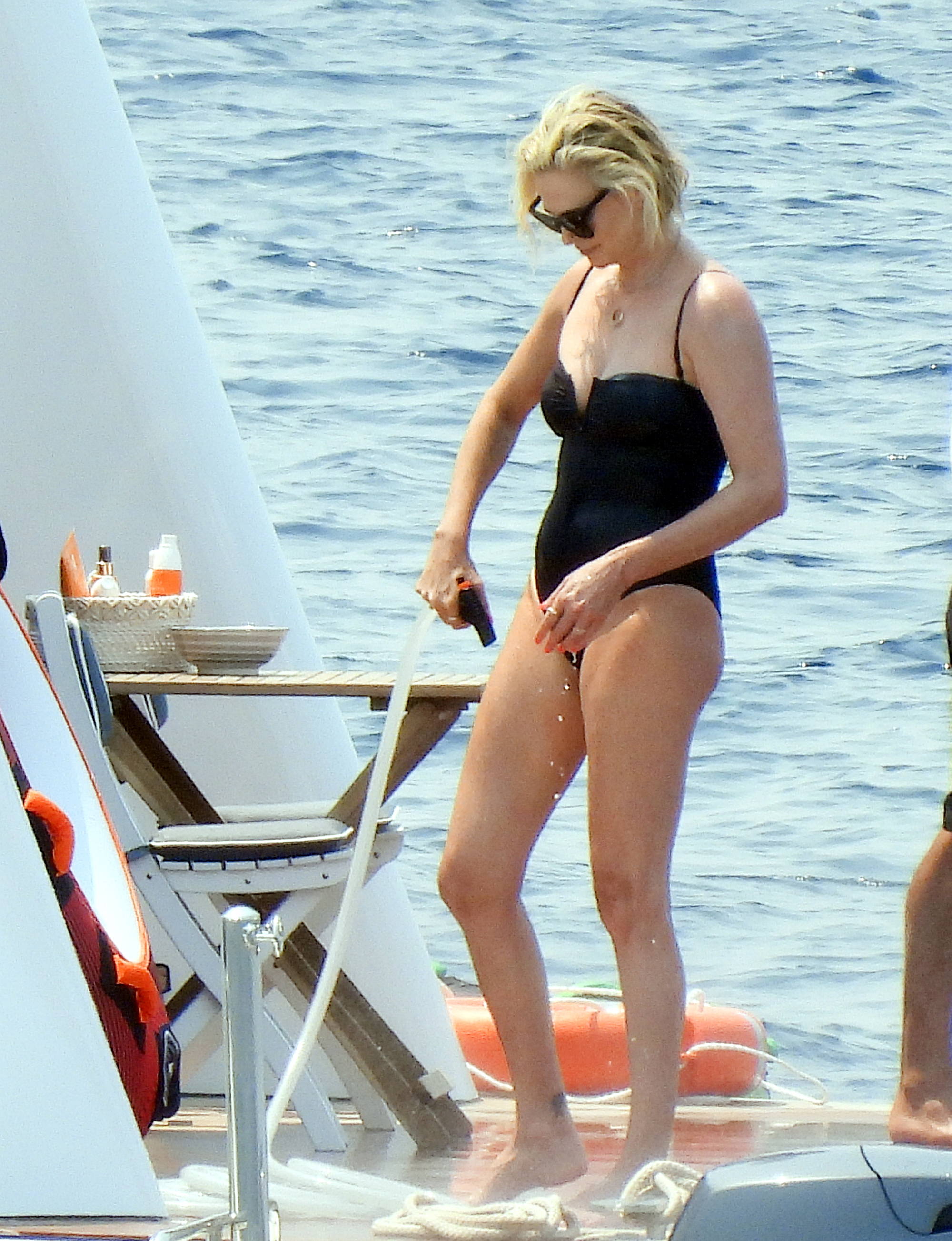