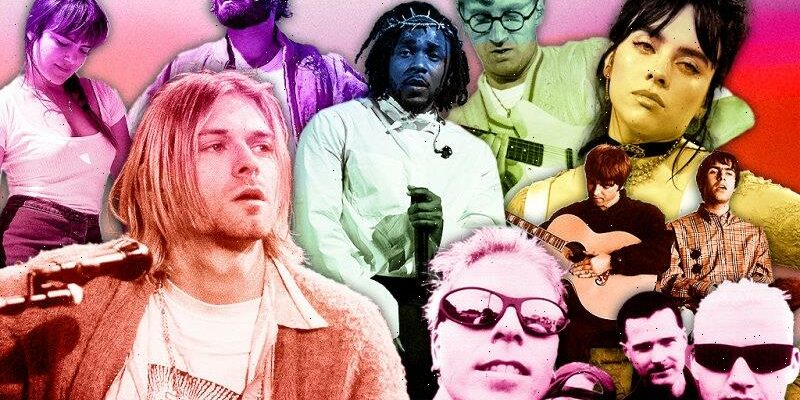 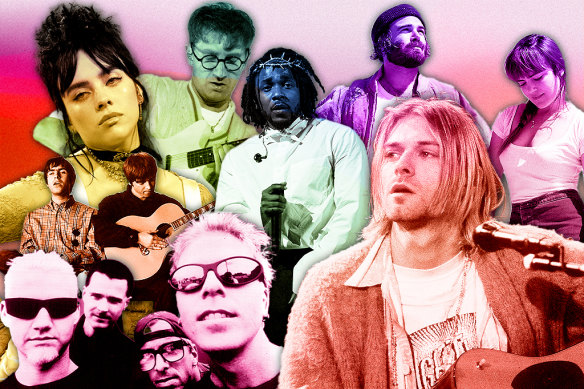 Who is the hottest of the hot?

Another year, another Triple J Hottest 100, the thirty-third this time around, if you’re counting. Well, technically it’s the 30th — the poll was originally a vote for the best songs of all time before the youth broadcaster realised three years in there’d be too many repeat offenders. After a year off to consider the options, Triple J changed the poll in 1993 to reflect listeners’ favourite 100 songs of the previous year.

It’s been a bumpy ride ever since, with some winners truly marrying a cultural moment with artistic excellence, while others have left us fearful for the future of a country plagued by young people with terrible taste. Meanwhile, Triple J’s decision in 2019 to move the poll from January 26 to the final weekend of January has largely been regarded as overdue and sensible.

Last year’s Hottest 100 winner, The Wiggles’ cover of Tame Impala’s Elephant, was a curious choice, but we’ll put it down to temporary insanity triggered by the second year of pandemic lockdowns in 2021. Triple J’s most-played artists last year included a bunch of middling anonymous bands (and station favourites) alongside slightly more interesting top-10 inclusions in Stand Atlantic and Wet Leg.

As we pray for a winner that’s memorable for the right reasons in 2023, here’s a look back at all the victors from Hottest 100’s past, ranked from worst to best — the good, the bad, and the ugly.

Another bland dose of algorithmically geared psych-pop from the mysteriously popular British band. Shame on all of you who let this happen.

Absolutely the worst top 10 we’ve had so far, crowned with this banjo-led, globally popular, Grammy-winning tosh. There were much better contenders in Phoenix, Florence and the Machine, and Bag Raiders.

A warm night and a warm sound.Credit:Rick Clifford

Triple M listeners seemed to have infiltrated the poll in 2008, unfortunately for the infinitely preferable Electric Feel by MGMT, Walking On A Dream by Empire of the Sun and The Presets’ This Boy’s In Love.

A nice enough song from the Sydney psych-rockers, who bookended it with the 100th spot and four entries overall in 2018, a lean year for groundbreaking music.

Not a favourite of mine, but the favourite of the voting public that year, beating Little Red’s charming Rock It and Dance The Way I Feel by the tragically ill-fated Ou Est Le Swimming Pool.

A Pitchfork reviewer described this song as something that “begs to be taken off on a stretcher and sprayed down with liquid novocaine like a histrionic Italian midfielder.” I wouldn’t go quite that far but would say it’s one of the least deserving winners in countdown history.

The Powderfinger love runs deep among Triple J listeners, but Gorillaz won the year with their Demon Days album, and should have bested Bernard Fanning with its lead single, Feel Good Inc.

Not a terrible song but a real chin-scratcher when you consider that it beat two excellent Tame Impala songs, Courtney Barnett and The Weeknd. 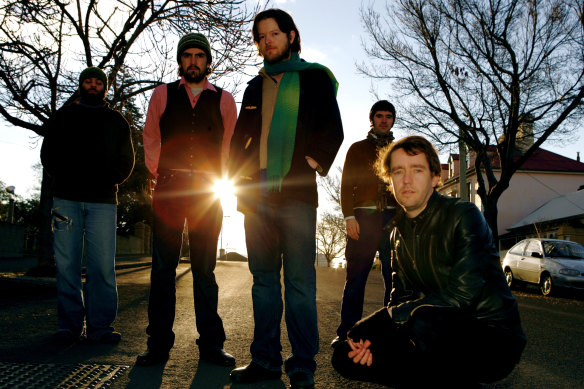 Augie March’s One Crowded Hour is certainly an earworm.

Voters really mellowed out in 2006, filling the top spots with wistful ballads like this one from Aussie indie band Augie March, alongside Eskimo Joe’s Black Fingernails, Red Wine and The Killers’ When You Were Young. Gnarls Barkley’s Crazy (no. 6) felt like a bigger moment.

Local acts such as Alex Lloyd were dominating the top 10 by this point, but it’s number eight that should have won the poll this year — Since I Left You by The Avalanches.

The video’s kinda cute and the song is catchy enough but I’m not sure it would win today. A white rapper using a black genre to send up the sartorial bombast of black rappers is a little on the nose in 2023.

There’s something endearingly daft about The Wiggles’ cover of Tame Impala’s Elephant, but voters should have instead backed Kid Laroi, the 18-year-old Australian rapper who made a pop banger with Justin Bieber. 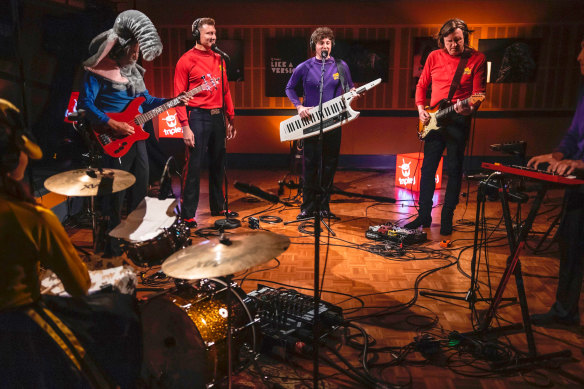 The Wiggles’ cover of Tame Impala’s Elephant for Triple J’s Like A Version claimed top spot.Credit:ABC

Hottest 100 voters love a wet folk ballad and while this song could be a distant cousin of Mumford and Sons’ Little Lion Man, it’s not nearly as offensive. Lorde’s Royals was better though, as were a bunch of tracks on Daft Punk’s Random Access Memories.

Oddly, Denis Leary’s scornful portrait of middle America was more popular in Australia than anywhere else, and while we all loved singing along – “A-S-S-H-O-L-E, everybody!” – we can think of a few more deserving winners including Radiohead’s Creep, The Cranberries’ Linger and Rage Against The Machine’s Killing in the Name.

This song was everywhere in Australia and far beyond in 2003, but it certainly wasn’t bigger than no.3, Seven Nation Army by The White Stripes, and no.2, Hey Ya! by OutKast, one of the greatest pop songs of all time. 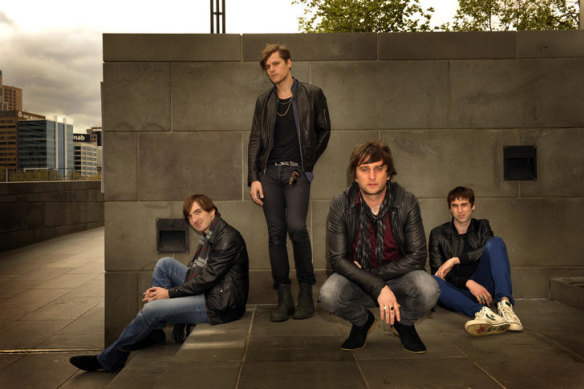 Chet Faker landed three songs in the top 10 this year including the number one slot with the title song from his Talk Is Cheap album. It’s indicative of how huge Faker was at the time, especially on Triple J.

Massive song by the Scottish indie-rockers Franz Ferdinand, though The Killers’ Somebody Told Me and Mr Brightside have arguably had more staying power.

After polling strongly for a number of years, punk rockers The Offspring finally won with their poppiest song yet. Irreverence has proven an enduringly popular theme over the years.

So beloved was this Aussie band in the late ’90s, they topped the poll for two consecutive years (still the only act to do so) and also polled third in 2000 with My Kind Of Scene. 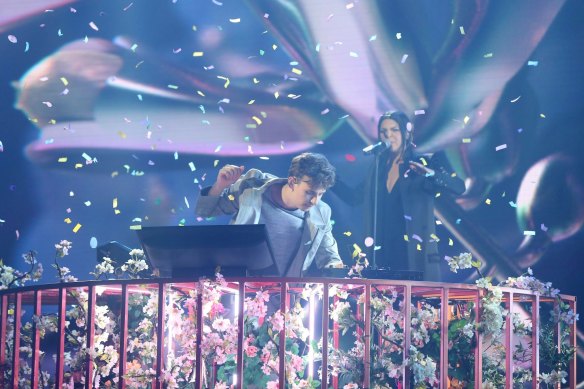 Flume performs Never Be Like You featuring Kai, on stage in 2016.Credit:Brendon Thorne/Getty Images

In a big year for Australian music, Flume reigned supreme, marking the first win for electronic music in poll history and signalling a pivot among voters from rock to dancier fare.

Rock was the real winner this year: Dave Grohl was involved with 10 tracks in the poll, Queens of the Stone Age and Silverchair nabbed five spots each, and Grinspoon and Red Hot Chili Peppers also polled strongly.

Gough Whitlam announced the winning act in 1997, a band that named themselves after the former Prime Minister and his wife and who edged out strong competition from Blur, The Verve and Chumbawamba.

Just four years into the modern incarnation of the poll, an Aussie band scored the hottest song of the year with their inescapable rock jam, beating Bush’s Glycerine and Breathe by The Prodigy. 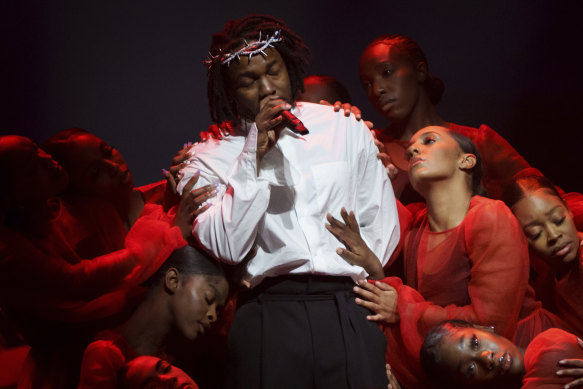 It only took 28 years for Australian voters to give the top prize to a non-white artist — the brilliant Kendrick Lamar, with Humble, also the first hip-hop song to top the poll (second if you count Thrift Shop).

Praise be, we finally have a female solo winner (and the youngest winner of all time), scoring five tracks in the countdown and deservedly steamrolling the competition.

Anchored by a unique melody and Gotye and Kimbra’s excellent vocals, this art-pop classic was in a league of its own in 2011. 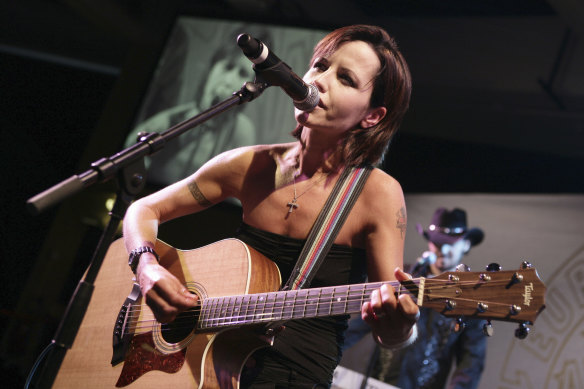 Late Cranberries’ frontwoman Dolores O’Riordan wrote Zombie while enraged over an IRA bombing that killed two children in 1993. It became the band’s biggest hit and a worthy poll-topper in a field that included Silverchair’s Tomorrow and The Offspring’s Self Esteem.

Oasis beat grunge (Smashing Pumpkins’ Bullet With Butterfly Wings, no. 2) and hip-hop (Coolio’s Gangsta’s Paradise, no. 3) in 1995 with their timeless ballad Wonderwall. Britpop had well and truly arrived and Aussie voters were fully on board.

It had only been released a few months prior but Nirvana’s quintessential grunge anthem was seismic enough to take out the all-time top spot in ’91. The poll then took a year off before relaunching in 1993 to celebrate the top 100 songs of the past year.

In its first three years, the Hottest 100 was a vote for the Best 100 songs of all time, and Joy Division took out the top prize two years running with their post-punk classic, Love Will Tear Us Apart, nearly a decade after its release.