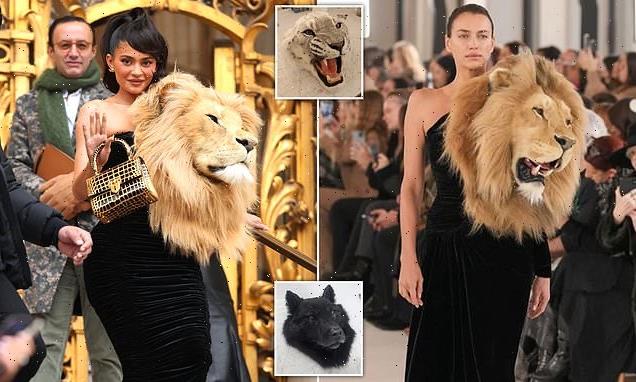 The environmentalist and wife of former prime minister Boris Johnson posted a photo on Instagram of supermodel Irina Shayk walking in the Italian designer’s show wearing a black dress featuring a lifelike lion’s head on the chest.

The bizarre clothing line is part of the Italian fashion house’s Inferno Couture line and features heads of big cats and wolves, but it insists no animals have been harmed in the production of the line. 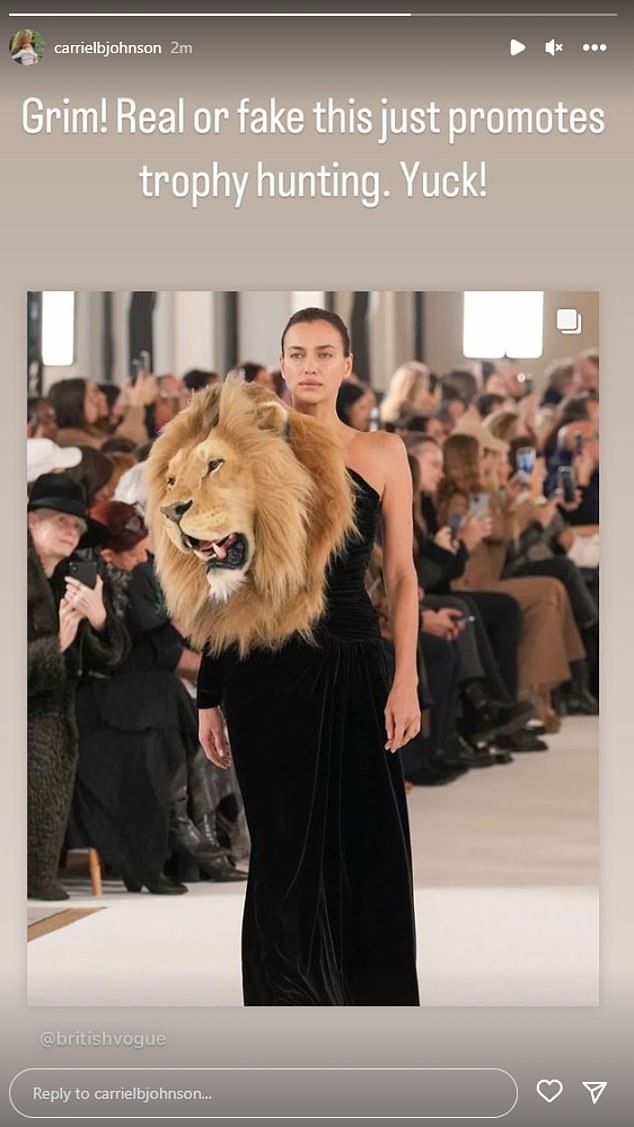 Carrie Johnson took to her Instagram story to criticise the Italian fashion house Schiaparelli for its use of animal head replicas in its SS23 Paris Fashion Week show, accusing the label of promoting trophy hunting

The leopard, the lion, and the she-wolf—representing lust, pride, and avarice in Dante’s iconic allegory — in hand sculpted foam, resin, wool and silk faux fur, hand painted to look as life-like as possible.’ 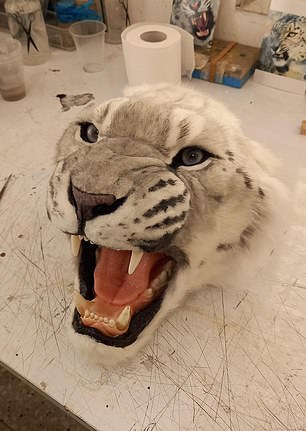 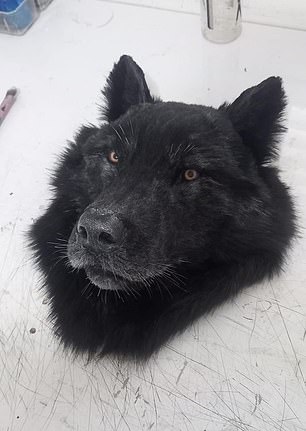 The Italian designer posted photos of the animal heads including big cats (left) and wolves (right) in production, stressing no animals were harmed in the making of the collection 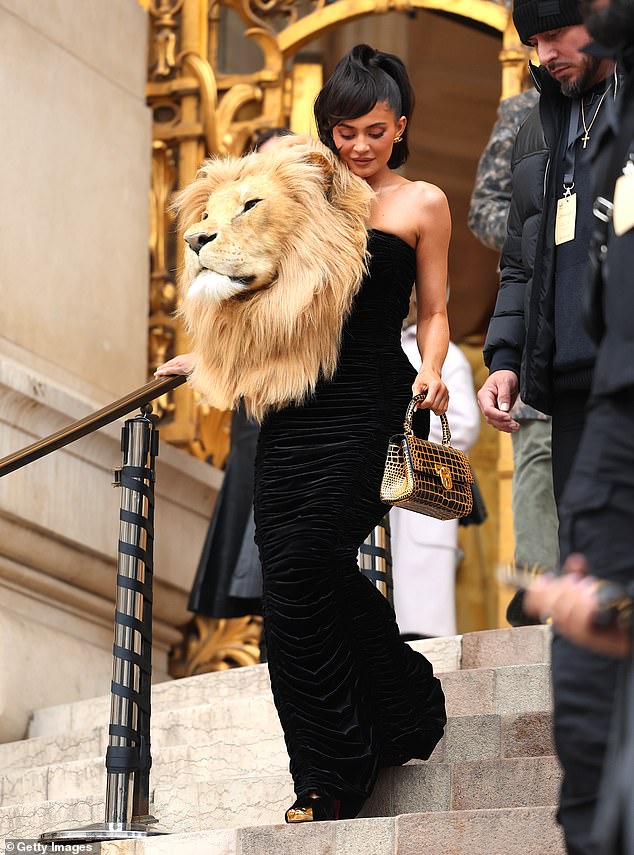 It also stressed: ‘NO ANIMALS WERE HARMED IN MAKING THIS LOOK.’ Femail has contacted Schiaparelli for comment.

However, the environmental campaigner argued it did not matter whether the designs were real or not.

The 34-year-old has long campaigned for animal rights and environmental conservation and is communications director of the Aspinall Foundation, a charity which works to protect endangered animals.

The charity runs programmes in UK zoos Howletts and Port Lympne, as well as other projects throughout Africa and Asia.

While her husband Boris Johnson was prime minister, Carrie championed animal welfare causes and was a supporter of the Conservative Animal Welfare Foundation which campaigned against animal cruelty and hunting.

She has previously said: ‘I am against fox hunting. Always have been. I even campaigned against it when I was much younger by dressing up as a fox.’

Supermodels Irina Shayk, 37, and Naomi Campbell, 52, were among the stars wearing the Schiaparelli designs on the catwalk this afternoon, with Shayk in a lion head gown while Campbell wore the wolf head on her black outfit.

Kylie Jenner turned human heads as she arrived at the show today wearing one of the dresses which features the head of a male lion.

Posing in the maxi, ruched black dress on arrival at the Schiaparelli Spring/Summer 2023 show, she showed off the enormous lion’s head, complete with a mane, on her chest.

She wore her thick, dark locks in a sleek, high ponytail and accessorised with gold earrings.

The mother-of-two accessorised her unusual dress with a black and gold crocodile-style clutch bag.

Mrs Johnson was not the only figure to criticise Schiaparelli for its design, with famed photographer Misan Harriman, who has previously shot the cover of British Vogue, weighing in on Twitter.

He wrote: ‘Dear fashion industry, this is NOT the way to start the year. nope NOPE NOPE! Be better.

‘Schiaparelli This is disturbing….. and yes I know no animals were hurt in this.’