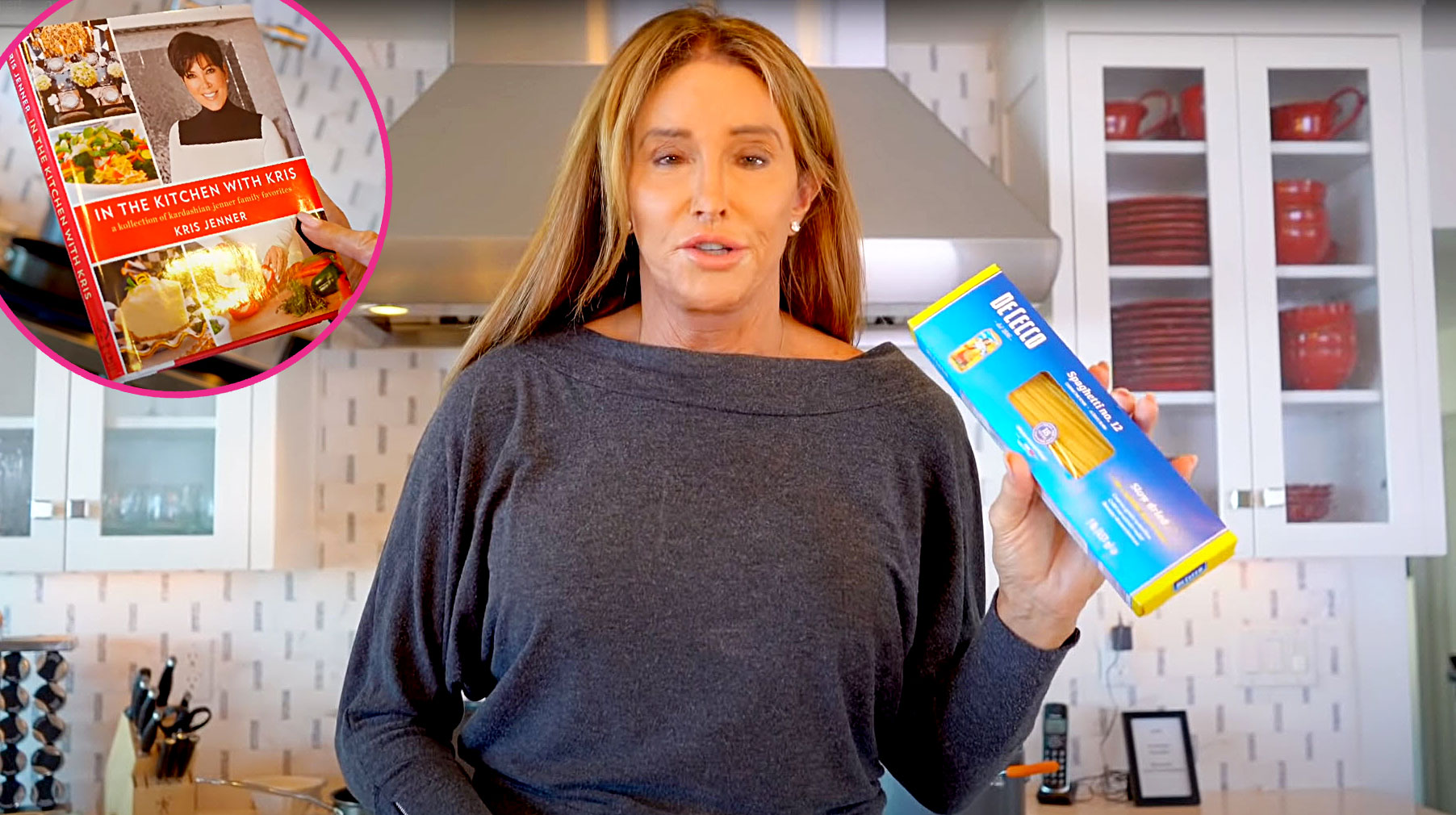 Cooking up a storm! Caitlyn Jenner launched her own YouTube Channel on Monday, August 31, and included a fun cooking tutorial using an unlikely recipe — Kris Jenner‘s fettuccine with sausage and peppers.

“Where does this come from?” Caitlyn, 70, asked as she held up her ex-wife’s cookbook. “I’m not in the kitchen very often, but once in a while I am,” she explained. “I was actually in the kitchen more when all my kids were growing up because somebody had to cook dinner, so I, kind of, helped out and learned to do a lot of things. One of my favorite things to cook was this fettuccine.”

Caitlyn and Kris, 64, who divorced in December 2014, have two children together — Kendall Jenner and Kylie Jenner. The I’m A Celebrity…Get Me Out of Here! alum also shares grown children Burt Jenner and Cassandra Jenner with ex-wife Chrystie Scott, as well as sons Brandon Jenner and Brody Jenner with ex-wife Linda Thompson. Caitlin was also a stepparent to the Kardashian kids — Kourtney, Kim, Khloé and Rob — before her split from Kris.

Acknowledging the unlikely source for the recipe, Caitlyn said: “When I decided to [make] it again … I looked and I had In the Kitchen With Kris.”

“I use a lot of ‘In the cockpit,’ ‘In the this’ and I’m wondering if she owns that name,” the Secrets of My Life author added of her former spouse. “I don’t know, but I think she’ll be happy I’m promoting her cookbook.”

Before she began cooking the dish in her California kitchen, Caitlyn brought out her “assistant,” Sophia Hutchins, whom she referred to as “my buddy, my friend and my roomie.” The I Am Cait alum, who guessed she would “get along very well with Martha Stewart,” then tossed the pasta in a pot of boiling water and began sautéing the sausage.

Though Hutchins, 23, teased Caitlyn for “never” cooking, the New York native insisted she’s made this exact same dish for her pal before.

As it turns out, the former Olympic athlete did whip up this Italian meal in December 2019, once again using Kris’ recipe. “Actually I used to make this for Kendall and Kylie all the time,” Caitlyn recalled at the time. “The sad news? I couldn’t remember the recipe and where did I have to go? [I had to go to] In the Kitchen With Kris to find the recipe.”

When Hutchins asked why this is one of Caitlyn’s favorite meals to make, she explained that she liked it for its easiness and taste. “I like it because it’s simple,” she said. “I love pasta … I like Italian sausages, I like a little garlic, a little spicy, all that kind of stuff.” 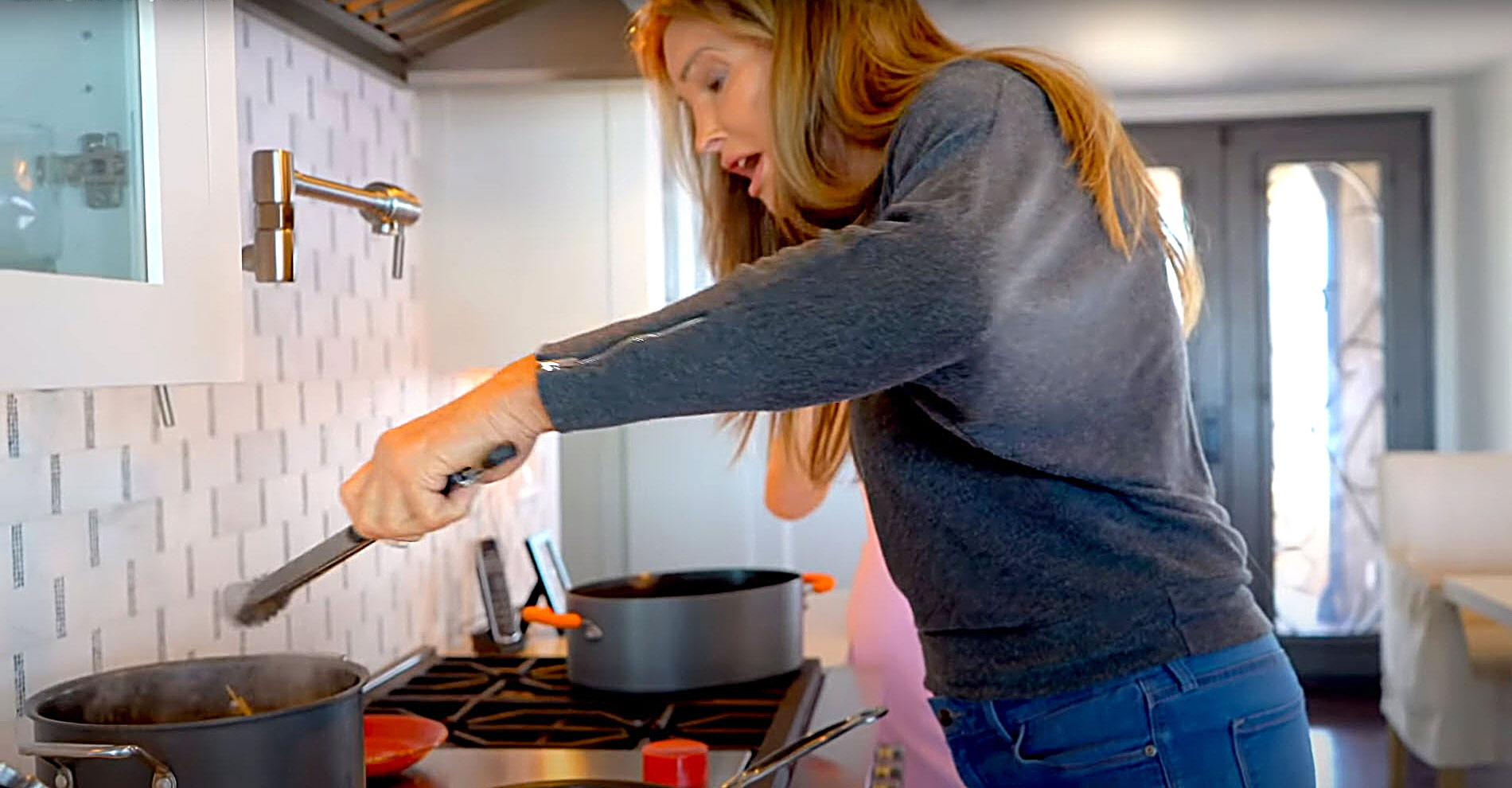 When it came time to sample the finished dish, Caitlyn and Hutchins rounded up a few people from another part of the house. “I don’t really cook a lot now, but when you’re a parent and you have lots of children, you have to feed them,” the Keeping Up With the Kardashians alum told the group. “I had, like, three or four meals that I would do, this being one of them, that the kids actually ate. I would cook it up a lot.”

The verdict? “This was delicious,” Hutchins declared after taking a taste.

“I think my first cooking show was a success,” Caitlyn concluded, noting that all of the pasta was just about gone. “It was a good day and a lot of fun to shoot.”