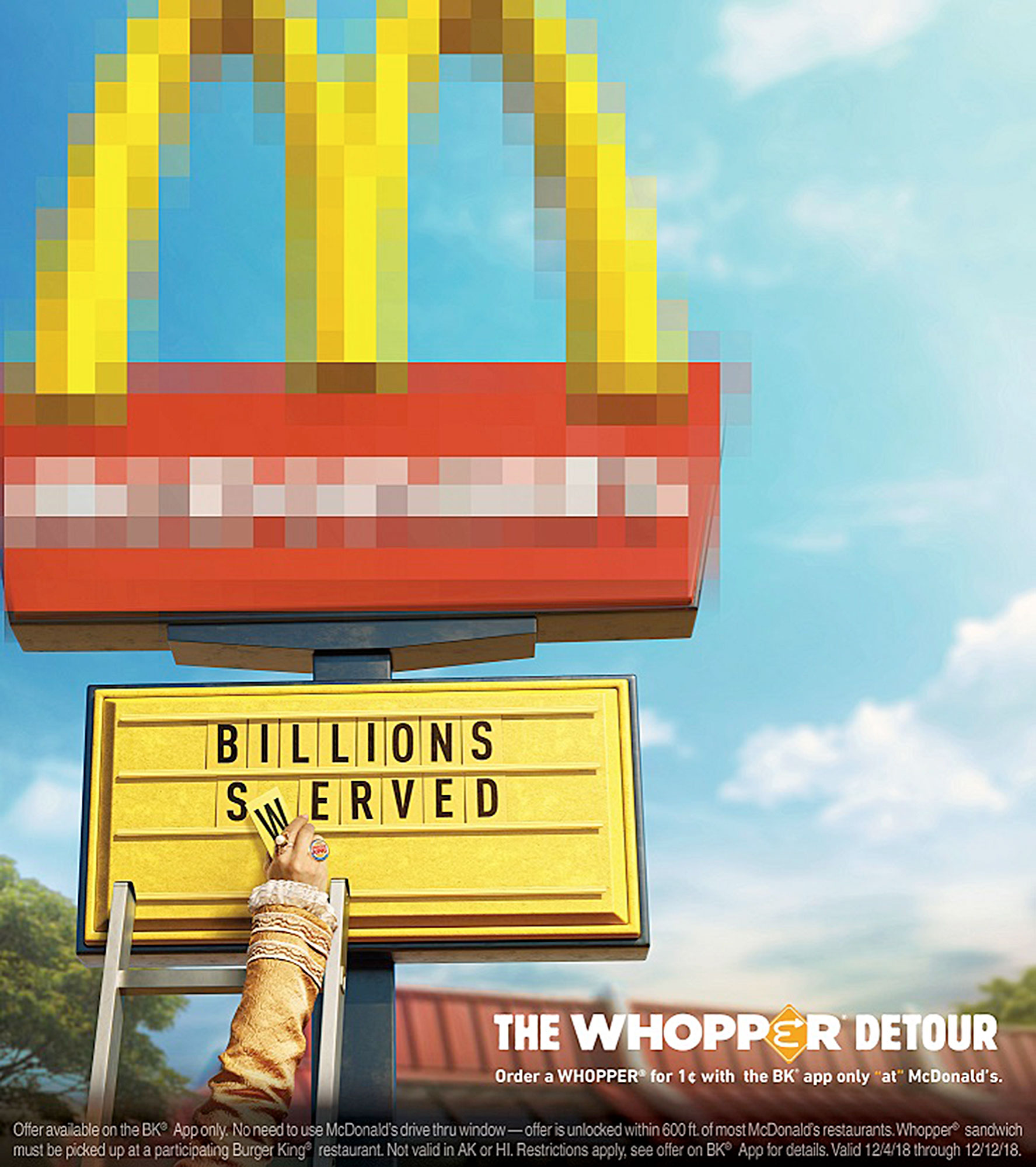 Burger King has initiated one heck of a takeover! On Tuesday, December 4, the home of the Whopper turned more than 14,000 McDonald’s outposts into Burger King restaurants. Well, sort of.

To celebrate the unveiling of its newly revamped app, BK is giving its customers a chance to score burgers for a penny while also having a bit of fun with its chief competitor. Dubbed the Whopper Detour, Burger King’s latest gimmick allows consumers within 600 feet of a McDonald’s restaurant to order a Whopper with the app for only one cent.

The Whopper Detour, which runs until Wednesday, December 12, works by geofencing McDonald’s locations across the country, meaning if a customer is inside one of these geofenced areas and has the new BK app on their device, the app will unlock the Whopper for a penny promotion. According to a press release shared with Us Weekly, once the Whopper order is placed, the customer will be “detoured” away from McDonald’s, as the app navigates them to the nearest Burger King restaurant for pick up.

In addition to pulling a fast one on the Golden Arches, this prank illustrates the revamped BK app’s order-ahead functionality and is just the latest stunt Burger King has trotted out in an effort to get customers to use its app.

Last month the fast-food chain unveiled Dogppers – Whoppers for your pooch available only with delivery orders – and a few weeks prior to that the Miami-based company caused a bit of a stir when it used images of real car crashes involving Burger King restaurants as a way to encourage customers to use delivery instead of driving to pick up their food.