Bruno Ganz, the melancholy Swiss film actor who played an angel longing for the visceral joys of mortality in “Wings of Desire” and a defeated Hitler with trembling hands facing his own mortality in “Downfall,” died on Friday at his home in Zurich. He was 77.

The death was confirmed by his agent, Patricia Baumbauer. Mr. Ganz received a diagnosis of colon cancer last summer while he was working at the Salzburg Festival in Austria.

Mr. Ganz won the Donatello Award, Italy’s Oscar equivalent, for his role as a quiet, poetic waiter who bonds with a runaway homemaker in “Bread and Tulips” (2000), an Italian-Swiss comic drama, but most of his work was in German-language films.

In the Wim Wenders drama “Wings of Desire” (1987), he played an angel whose job was to spend time on earth, make himself visible to the dying and to comfort them. But the character saw such beauty in human life that he wanted it for himself. 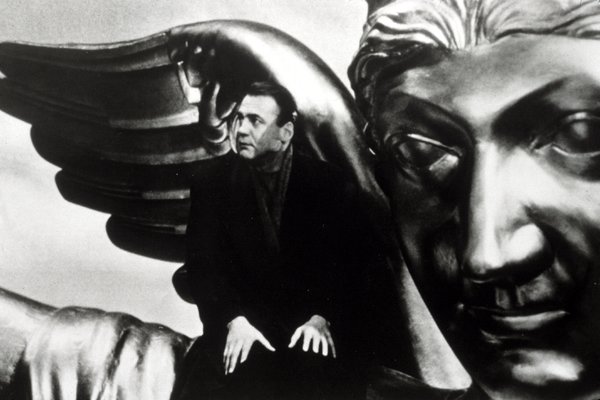 Perhaps his most talked-about role was as Hitler in “Downfall” (2004), the first major German work to present a portrayal of the Nazi leader.

“Nothing prepared me for what must be the most convincing screen Hitler yet,” Rob Mackie wrote in his review of “Downfall” in The Guardian. “An old, bent, sick dictator with the shaking hands of someone with Parkinson’s, alternating between rage and despair in his last days in the bunker.”

Most of Mr. Ganz’s more than 80 films and television movies were European productions, among them Mr. Wenders’s film noir hommage “The American Friend” (1977), with Dennis Hopper, in which he played a German with a terminal-illness diagnosis who agrees to be a hit man; Volker Schlöndorff’s “Circle of Deceit” (1981), as a war correspondent in Beirut; Werner Herzog’s “Nosferatu” (1979), as the innocent Jonathan Harker; and Barbet Schroeder’s “Amnesia” (2017).

But he did appear in American films, including “The Boys From Brazil” (1978), the drama about Nazi war criminals starring Gregory Peck and Laurence Olivier; Jonathan Demme’s all-star 2004 remake of “The Manchurian Candidate”; and “The Reader” (2008), with Ralph Fiennes and Kate Winslet.

There was strong reaction to his portrayal of Hitler (including a slew of angry-führer internet memes), but Mr. Ganz always insisted he was the mildest-mannered of introverts.

Bruno Ganz was born in Zurich on March 22, 1941, the son of a Swiss mechanic and his Italian wife. He decided on an acting career early and never attended college. His first roles were in stage productions in the 1960s, and in 1970 he was a founder of a theater company, Schaubühne.

“It was definitely left-wing theater,” he told The Irish Times in 2005.

Stage roles over the years included Hamlet (in 1965 and again in 1982), Alceste in “The Misanthrope” (1987) and Max in a French translation of Harold Pinter’s “The Homecoming” (2012, in Paris). When he played the title role of “Faust” in a Goethe marathon in Germany in 2001, John Rockwell of The Times proclaimed him “an undeniable presence.”

Mr. Ganz made his film debut as a hotel employee in “The Man in the Black Derby” (1961), a Swiss comedy, and was still busily making films in his late 70s. In 2018 alone, he starred in Sally Potter’s comic drama “The Party”; Terrence Malick’s “Radegund,” about a German conscientious objector; “The Tobacconist,” as Sigmund Freud; “I Witness,” an action drama; and “The House That Jack Built,” a serial-killer drama directed by Lars von Trier.

By many standards, the greatest honor Mr. Ganz received was possession of the Iffland-Ring, a diamond-studded piece of jewelry named for an 18th-century German actor and given to the “most significant and most worthy actor of the German-speaking theater.” When he received it in 1996, as a bequest from his predecessor, Josef Meinrad, he was only the fifth actor to have held it since the 1870s.

Mr. Ganz admitted that his convincing performances seemed to transcend reality for some fans. “People really seemed to think of me as a guardian angel” after “Wings of Desire,” he told The Irish Times in 2005. “People would bring their children before me for a blessing or something.”

But those fans appeared to have misinterpreted his character’s purpose and powers.

“When flying on aeroplanes,” he continued, “they would sometimes say, ‘Now you are with us, nothing can happen.’ It was very funny.”