Time for change! Britney Spears has said goodbye to her long blonde locks.

“I cut all my hair off … I don’t want to show it yet,” the “Toxic” singer, 40, teased in the caption of a video shared via Instagram on Tuesday, October 4. In the clip, a topless Spears is seen frolicking on a beach with her tresses tucked into a wide-brimmed hat. It appears the hitmaker’s new do is a blunt chop that stopped just above her shoulders.

Spears’ fans have since filled the comments section with compliments, praising big switch up. 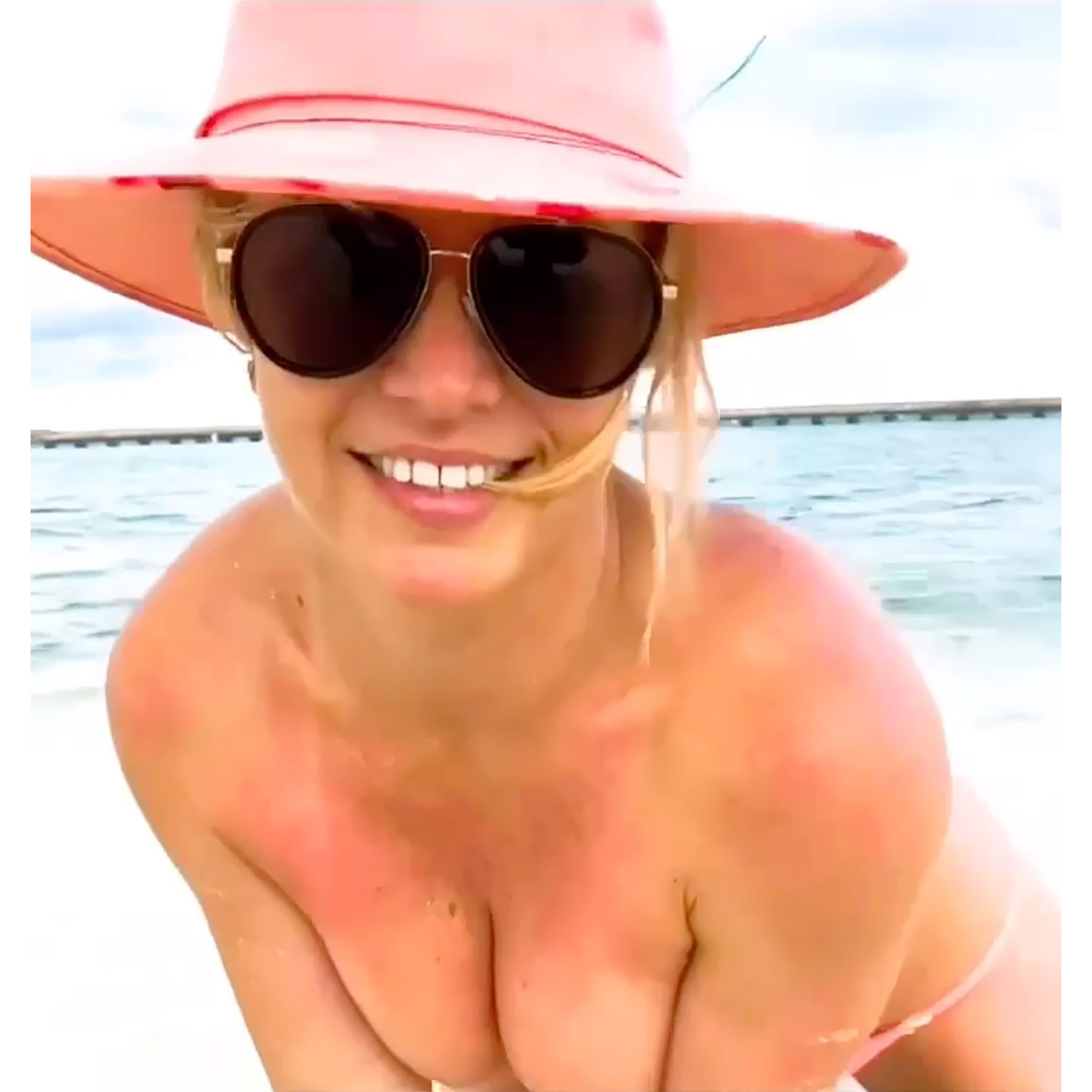 “I love your hair short! I bet it feels good to have the extensions out! I wish I could get my hands on it. I would love to make it beautiful blonde and cut it into a style and blow it out,” wrote one fan. “We love you so much,” a second fan commented. A third wrote: “Yes, love it!”

The cut comes after Spears posted a video of herself dancing with chest-length waves on Sunday, October 1.

This wouldn’t be the first time in recent weeks that the “Circus” artist got a hair makeover. In June, shortly after tying the knot with Sam Asghari, Spears unveiled a shoulder-length crown. Posing in a blue and yellow triangle bikini, she showed off the ‘do and opened up about the look in the social media post’s caption. She also revealed that she and her new husband had moved into a new home.

A Roundup of Britney Spears’ Best VMA Looks of All Time: Pics

“Haven’t been on my honeymoon yet … got married and moved into a new house around the same time … not the smartest thing to do,” Spears wrote. “It’s so weird I wake up and everything is new … new pool … new kitchen … new bed … I think I’m in shock!!! Figuring out a couple of things … I definitely like being outside but I also like being inside … I took a nice dip in my pool … it’s so bright and it has a nice chill spot and a slide … I went down it 4 times already … it’s hella fast!!! I cut all my hair short and my husband just made me a steak … life is good !!!!”

The mastermind behind the face-framing hairstyle was Dimitris Giannetos. “When boss BRITNEY SPEARS asks U for a new look, u do what u have got to do!” he wrote in an Instagram post alongside a black-and-white snap of the look.