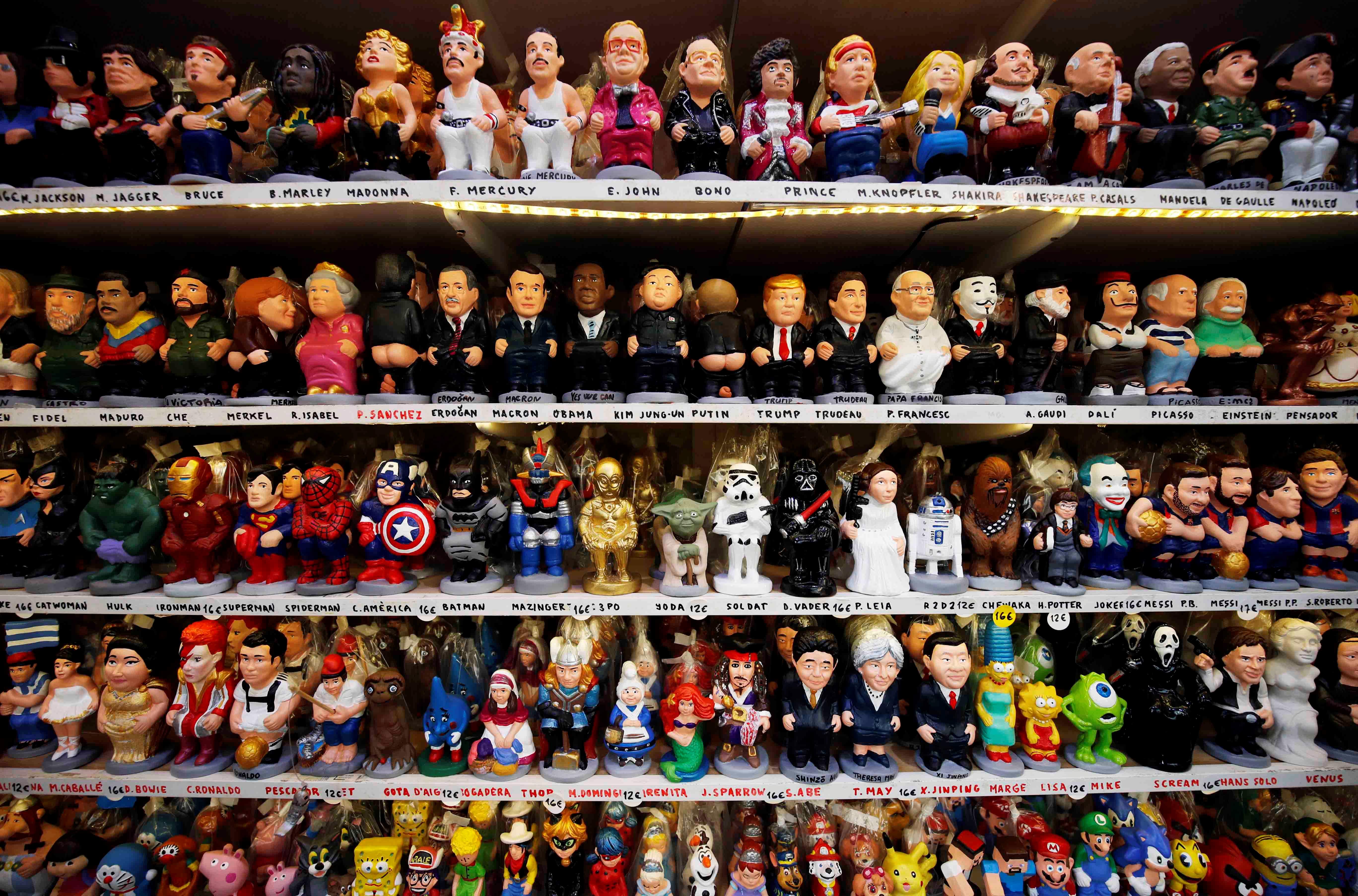 TORROELLA DE MONTGRI, Spain (Reuters) – Britain’s Theresa May has joined the ranks of the famous and powerful in Catalonia as a traditional Christmas figurine.

But with her dignity dented by widespread condemnation of her Brexit plan, she may consider the recognition a mixed blessing.

The hand-painted clay statuettes, known as “caganers” or “poopers”, are depicted with their pants down. The longstanding tradition in the north eastern Spanish region is for them to be hidden among nativity scenes, to be spotted by family and friends.

The British prime minister, along with a Ziggy-Stardust-era David Bowie, are notable additions this year to a series on sale at Barcelona’s Christmas markets that also includes U.S. President Donald Trump and German Chancellor Angela Merkel.

May’s struggle to orchestrate Britain’s exit from the European Union made her a target for the makers of the around 10-centimetre-tall (4-inch) statues. But Trump and Merkel remain customers’ favorites.

“When the Trump (figurine) came out in the New York Times we received more than a thousand orders in one day in the United States,” the owner of caganer.com, Sergi Alos, said from his workshop in the small Catalan town of Torroella de Montgri.

The defecating statuettes are believed locally to bring prosperity for the coming year, and this year’s roster also includes jailed pro-independence leaders awaiting trial for their part in Catalonia’s 2017 secession referendum.

But much of the focus is now abroad, with the United States accounting for some 40 percent of sales, according to caganer.com.