A bridesmaid has been slammed by her future sister-in-law for getting a haircut that won’t match the wedding, without asking ‘permission’.

The stunned bridesmaid from the US, revealed that she had had 48 inches cut off her hair to donate to charity in memory of her cousin, who died from cancer.

But after she posted a snap of her new hairdo to Instagram, the bride told her that her updated look wouldn’t suit the $30,000 wedding – and said that she should have asked before cutting her hair.

The devastated bridesmaid took to Reddit to ask for advice on how to respond, but users were quick to defend her and praised the gesture of donating her hair to charity. 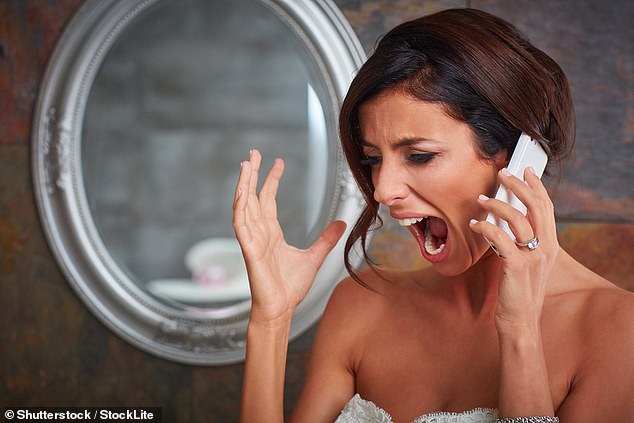 A bride has slammed her future sister-in-law for getting a pixie cut without consulting her, and claimed it wouldn’t match her $30K wedding  (stock image)

Many argued that the bride was being completely unreasonable, with one writing: ‘You’re her bridesmaid, not her property.’

The anonymous bridesmaid took to Reddit to post her thoughts initially and said she found the conversation ‘weird and petty’.

But, having never been to a wedding before, she was also unsure if she was being selfish.

She said: ‘I’ve been growing my hair for years and got tired of it. Yesterday, I went from hair down past my butt and had it cut into a short cut, like a pixie. 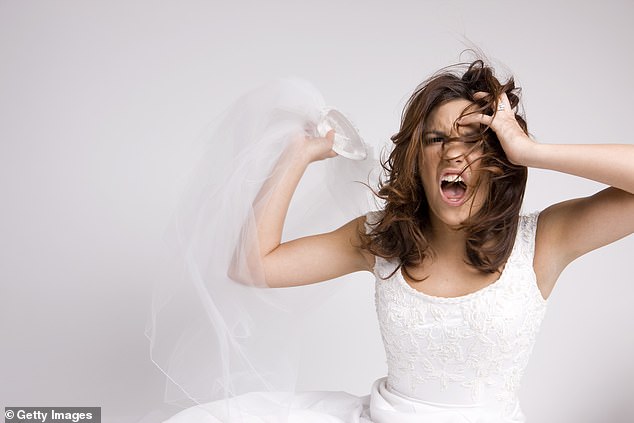 ‘I cut so much of it because I donated to an organization called Wigs For Kids, they make wigs for free for children with cancer and alopecia.’

She explained the charity was personal to her as her cousin had died from cancer.

Revealing she adored her new cut, she said: ‘I absolutely love it, the hair stylist said it was perfect for my face shape, my fiancé loves it, it’s been such a confidence booster.’ 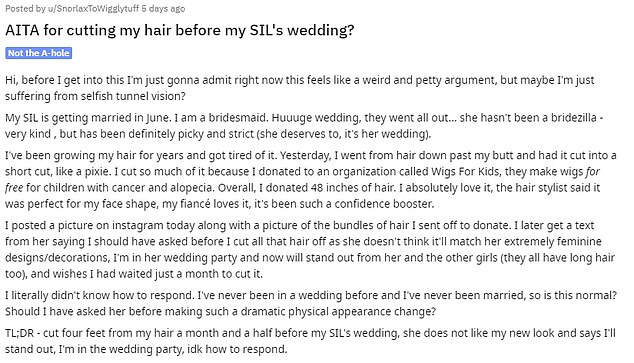 The bridesmaid took to Reddit to ask for advice on how she should respond to the angry bride, who told her that she wouldn’t fit in with the rest of the wedding party

She went on: ‘I posted a picture on Instagram today along with a picture of the bundles of hair I sent off to donate.

‘I later get a text from her, saying I should have asked before I cut all that hair off, as she doesn’t think it’ll match her extremely feminine designs/decorations.

‘I’m in her wedding party and now will stand out from her and the other girls (they all have long hair too), and wishes I had waited just a month to cut it.’

The user said she was left stumped, admitting: ‘I’ve never been in a wedding before and I’ve never been married, so is this normal? Should I have asked her before making such a dramatic physical appearance change?’

Reddit users rallied in support around the bridesmaid, with many praising her for donating her hair to an amazing cause

She went on to explain that her sister-in-law was ‘very self conscious’, and believed that the short hair cut would make her stand out and draw attention away from her.

Hundreds of users responded to her, with many blaming the bride for her outrageous behaviour, and praising the bridesmaid for helping cancer charities.

One wrote: ‘It’s your hair and you did an amazing thing with it, don’t be made to feel bad for it.’

Many branded her sister in law a ‘bridezilla’, and said that whatever she wanted to do with her hair was her choice.

‘Bridesmaids don’t sign away a part of themselves, hair included,’ one added.’If you prefer the short version of me not to be in your wedding, that’s cool. Just let me know ASAP – do not for anything.’

Later, the bridesmaid update her post to say that she’d resolved things with the bride, who accepted she had overreacted and now loves her new look.