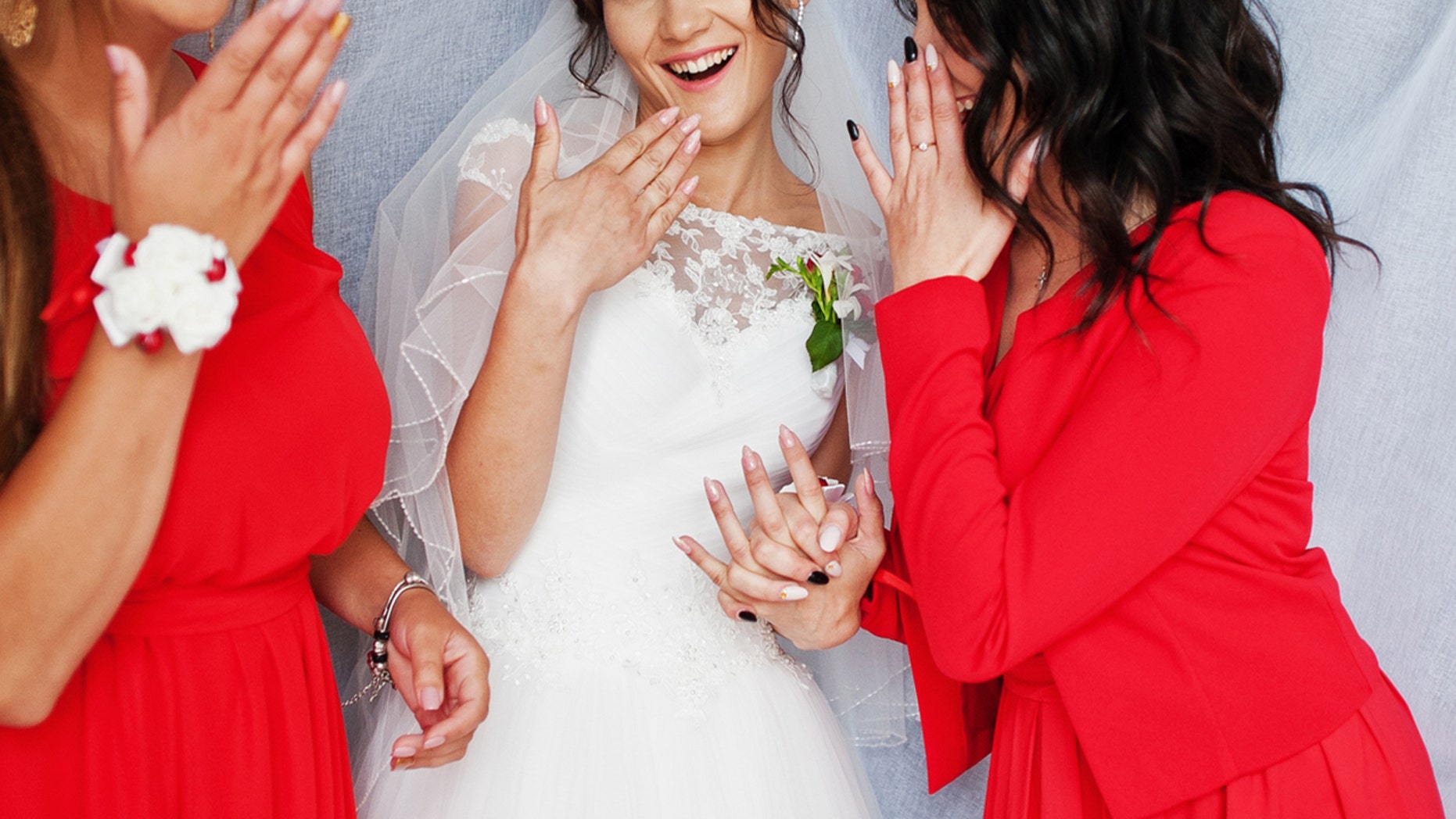 “I’m 26 years old, and even at a wedding other peoples’ PDA elicits this response from me…” the funny bridesmaid wrote on Twitter on Dec. 7.
(iStock)

From engagement parties to bachelorette weekends, serious bridal showers and more, members of the wedding party can feel fatigued by the pomp and circumstance before their loved one’s special day even arrives.

Such sentiments perhaps prompted one silly bridesmaid to make her “true” feelings known, as she grimaced as her younger brother kissed his bride in an official portrait taken on their wedding day.

In the funny image, which has since won applause on Twitter, a bridesmaid named Elena openly scowls as her brother, Chris, smooches his new wife Lucy; meanwhile, the other four bridesmaids dutifully beam and look on at the happy couple during the photo shoot, which took place in a field, Metro reports.

“I'm 26 years old, and even at a wedding other peoples' PDA elicits this response from me…” Elena wrote.

All jokes aside, Elena, a writer and social manager from Wiltshire, England, told Metro that she does, in fact, dearly love her brother and her new sister-in-law, and that the funny moment was just a silly outburst.

“Chris and Lucy are a very loving and affectionate couple, but they’re not that prone to kissing a lot in public, and I am an awkward turtle who feels the need to be a tiny bit silly at most opportunities,” she told the outlet. “When the photographer told the bride and groom to kiss I just pulled a daft, spontaneous ‘ew’ face, not realizing she’d started taking photos already.”

“I started smiling like a civilized bridesmaid shortly after. When I saw the photo I was mildly embarrassed, but the bride and groom thought it was a bit funny,” she continued. “It was a moment of silliness rather than some kind of protest; I wasn’t trying to be subversive or ruin anything!”

Elena said that she got the OK from the newlyweds to circulate the image on social media before sharing it there, too.

"I smiled nicely like a civilized human in all of the other photos. I'm not a monster," she soon added on Twitter.

Though the funny picture was a bit of a fluke, and ultimately nothing more than a fresh, funny take on the often exhausting ordeal of wedding party portraits, the sassy bridesmaid’s story struck a chord of resonance with some on the social platform.

“My own PDA at my own wedding made me feel very similar,” another bride joked.