Traci Braxton, sister of Toni, dies of cancer at age 50

Tamar Braxton says she has a ‘second chance’ after suicide attempt

Toni Braxton regrets not having more sex when she was younger

The Braxton sisters just want their late sister Traci to rest in peace, but her husband and manager are “exploiting” their sister in death,” insiders claim.

The Braxtons’ beloved sister Traci died two weeks ago after a year-long battle with esophageal cancer, and her husband and management have planned a funeral service viewing with zoom links against her final wishes, according to sources.

“Traci did not want a funeral or wake. She did not want people looking all over her body. She specifically requested to be immediately cremated… There was a zoom meeting that made it clear about what she wanted, and now her husband is trying to cash in on her name,” a Braxton insider told Page Six.

Traci’s husband Kevin Surratt held a viewing for her last week and her famous sisters, Tamar, Trina, Towanda, Toni and their mother Evelyn Braxton opted out of attending. Their father Michael Conrad Braxton did show up, but we’re told he was initially turned away at the door “for not being on the list.” 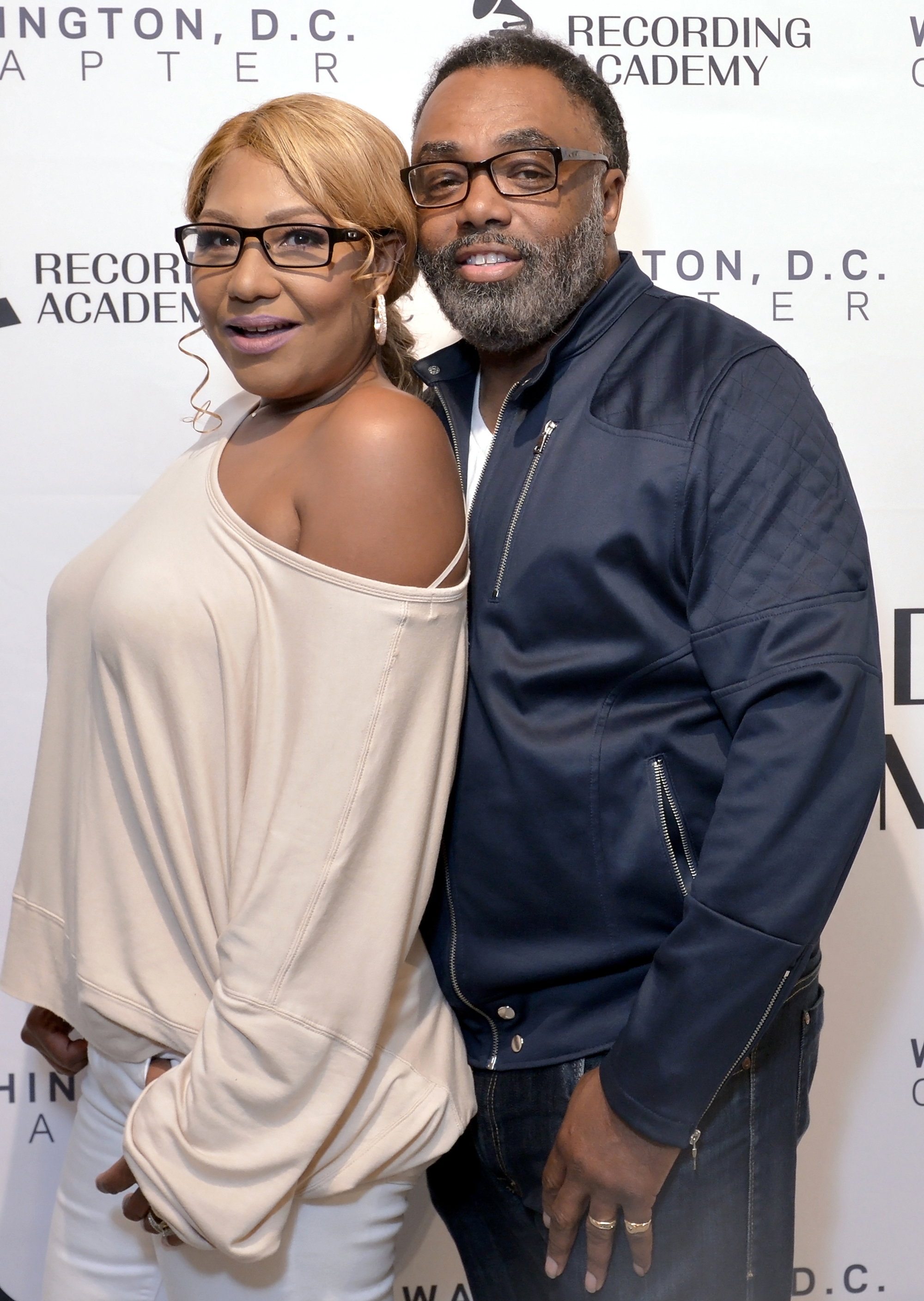 “He was so upset that he wasn’t on the list. Someone from the church recognized him and let him in and he had to sit in the fourth row,” the insider said.

Braxton’s father wasn’t even allowed “to speak or say any words about his daughter,” the insider added.

Surratt, who was married to Traci for nearly 30 years, told us it’s not true and “my father-in-law and brother-in-law came in briefly. He also insisted that he invited the sisters but, “they did not show up.” 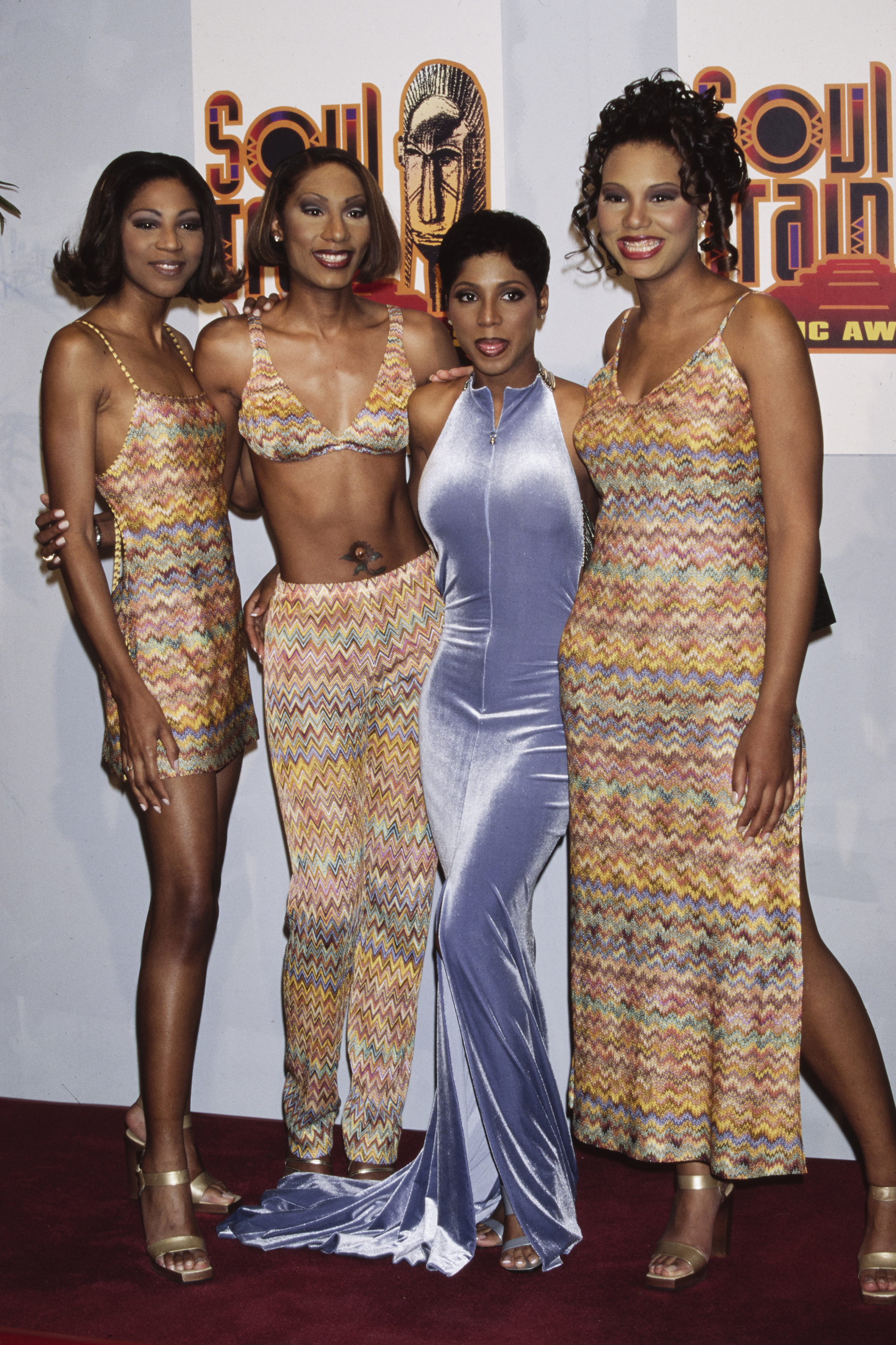 Braxton underwent treatment for esophageal cancer for a year before she passed away in March, and our insider told us, “Traci’s husband was planning her funeral months before she died. She did not know that, but he was talking to other people about it.”

Surratt claimed he honored his wife’s wishes and that, “she explained everything to the funeral home” before she passed. 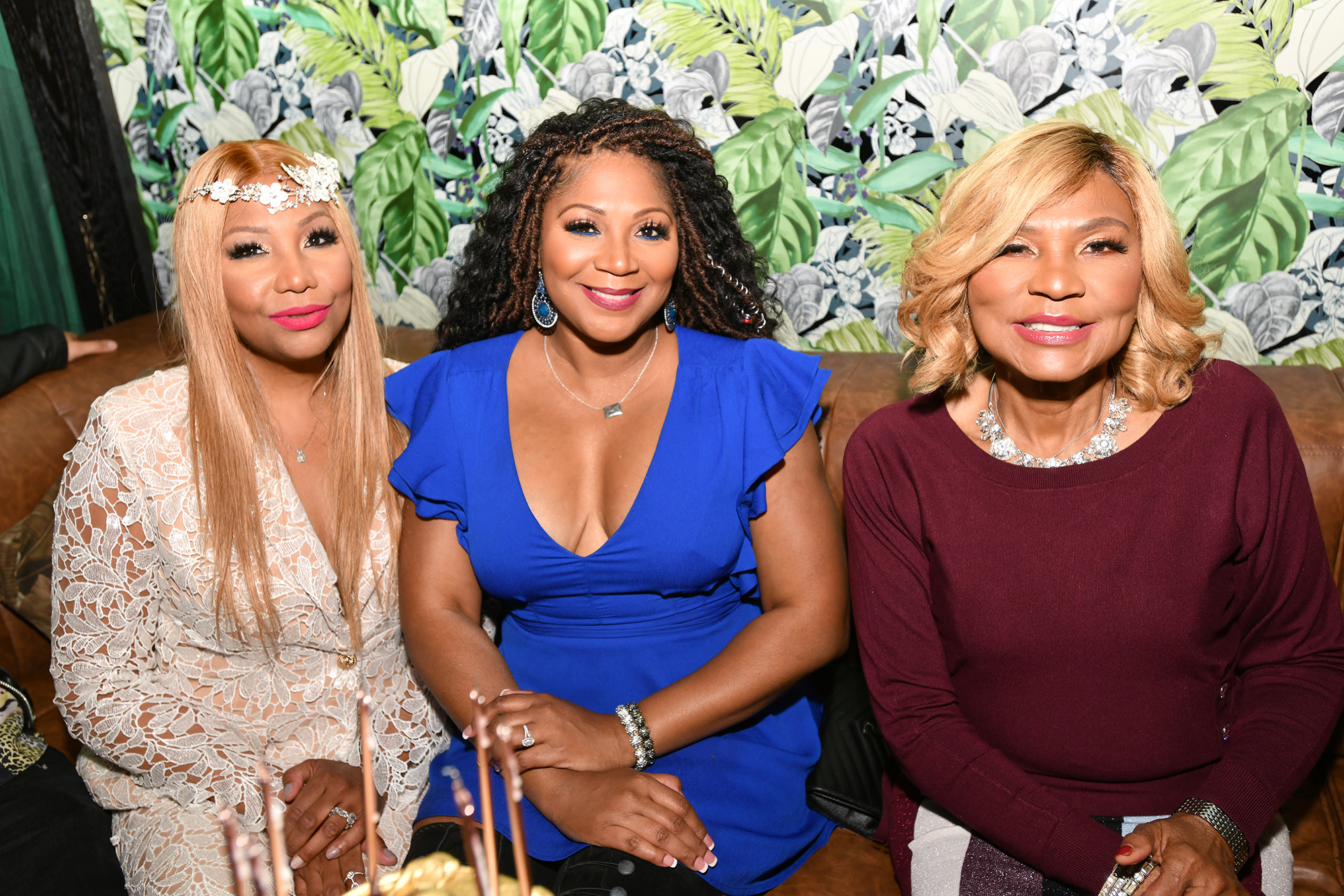 “I was with my wife… more than anybody in this world. I know my wife, and when she got cancer, we really started to communicate about funeral plans and I was still trying to find treatments for her. I went to every single one of her doctor appointments throughout our entire marriage. That’s how we were, and now they’re treating me like an illegitimate husband,” he said.

He also claims, Traci “wanted a viewing and one memorial service in conjunction with her management, PR and other members to come together and celebrate her.”

On Thursday, Traci’s manager, Cliff Jones, whom sources say she “relinquished managerial duties” from before she passed, is further “disrespecting the family” by holding an actual funeral service. 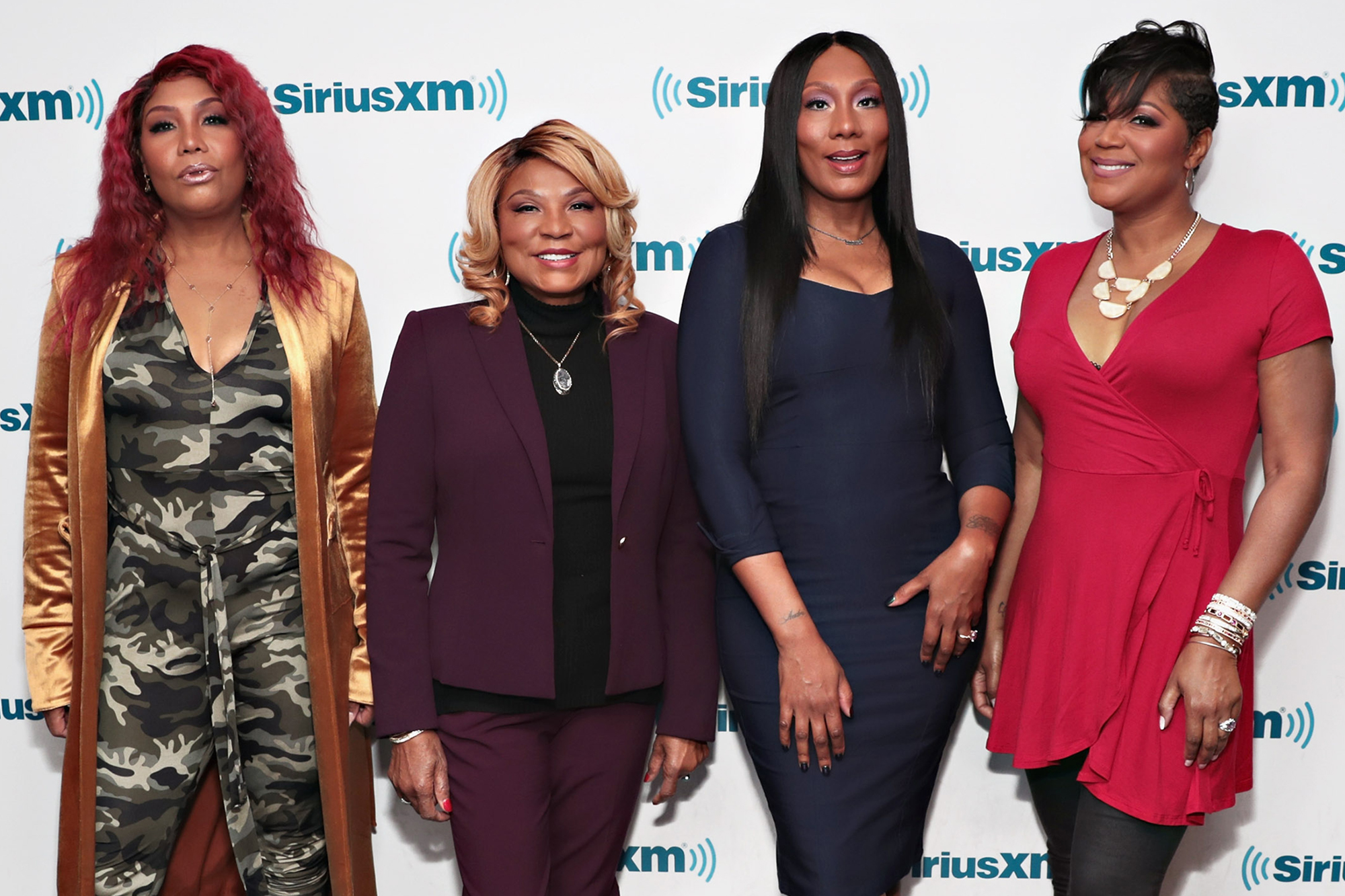 Another source told us Jones reached out to gospel artists Kim Burrell and Byron Cage to perform at that service, but “they pulled out when they realized the sisters weren’t involved,” they said.

“A barcode is required for entry. It’s a whole production,” they added.

The first source, who told us Traci’s body has since been cremated claimed, “Nobody ever called to ask the family anything. No one called her mom, her father, her sisters to say, ‘What do you guys think – of anything.”

The family is expecting to hold their own private memorial “the way Traci requested” on April 2., which would have been Traci’s 51st birthday, according to our sources.

Traci’s most famous sibling, Toni, seemingly confirmed the private memorial during an appearance on “Tamron Hall” on Tuesday. 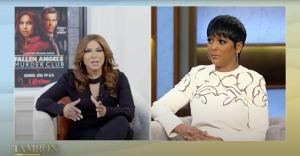 “Her birthday is coming up soon — on the second — and my sisters and I are going to celebrate and have a big Traci day… So, I’m excited about that,” the distraught singer told Hall.

Surratt also confirmed the private service and said, “I was never invited… No one has sent me any type of invitation.”

Toni and Hall did not talk about last week’s viewing and her upcoming funeral, but the first source told us the situation is making the family even more sad. 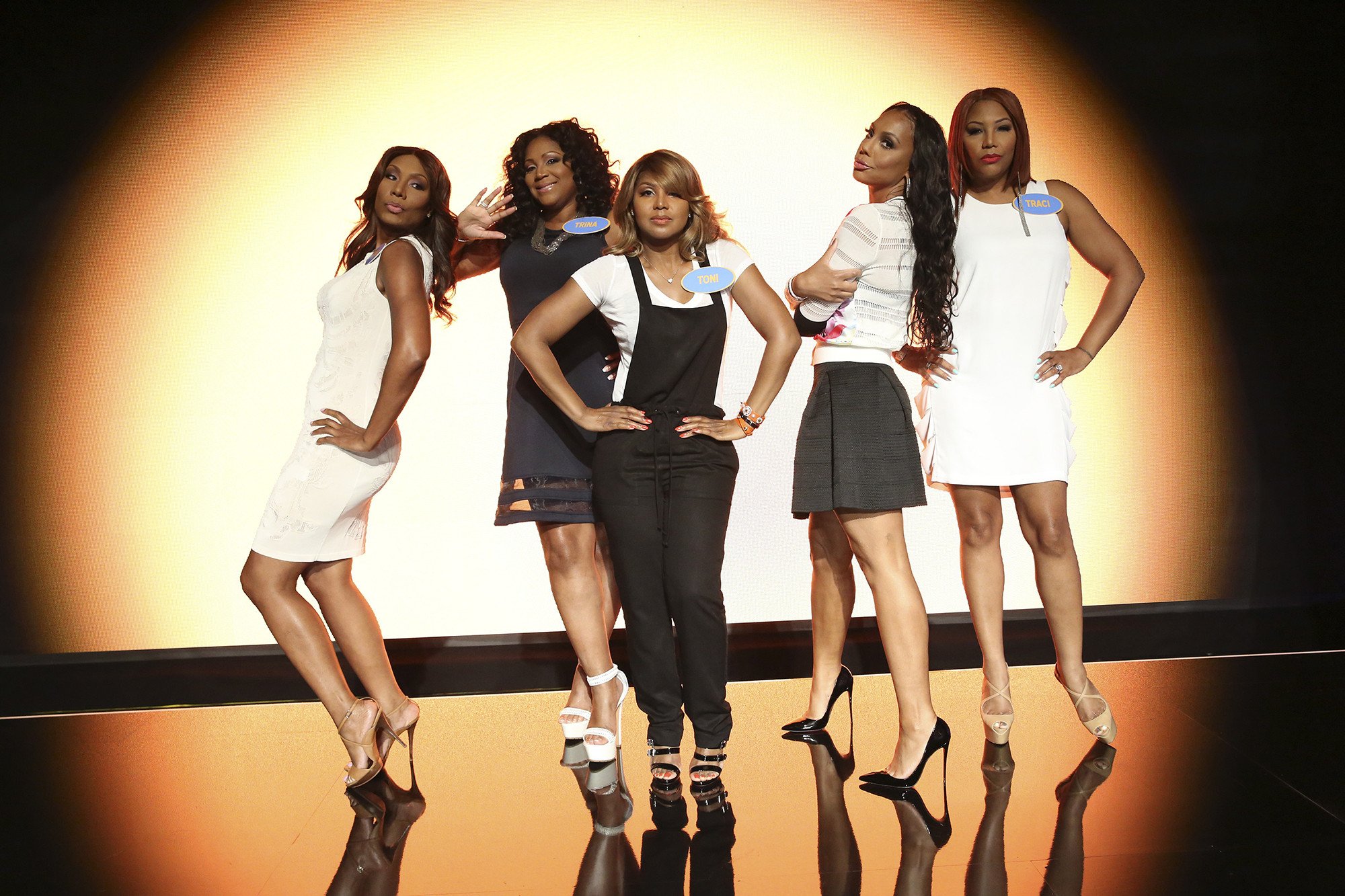 “They want to lay their sister to rest and continue to celebrate her life, and they want it stress free,” they said.

Surratt insists “none of it is true. I was meeting her wishes. Traci made our son the executor of her estate because she knew [her family] wouldn’t come after him. They’d come after me.”

As for how Traci would feel about the family fighting after her death?

“She wouldn’t like it. She fought til the end. I’m just praying that it gets right,” Surratt said.