Bradley Cooper may be nominated for three Academy Awards at the 2019 Oscars, but the A Star Is Born actor, writer, producer, and director recently revealed that he was upset about not being recognized in one major category. During "Oprah’s SuperSoul Conversations from Times Square," Cooper reacted to his Oscar snub for Best Director. Despite the fact that A Star Is Born has earned eight nominations at the 2019 Oscars — including Best Actor for Cooper, Best Actress for Lady Gaga, Best Adapted Screenplay, and Best Picture — Cooper admitted to Oprah Winfrey and the audience at her live event in New York City on Feb. 5, the lack of Best Director nomination wasn’t easy for him to accept.

"I was not surprised. I’m never surprised about not getting anything," Cooper said when Winfrey asked him how he felt about not being nominated for Best Director for A Star Is Born. The audience laughed, and Cooper continued, revealing that his initial reaction was embarrassment. "The first thing I felt was embarrassment, actually," Cooper said. "I felt embarrassed that I didn’t do my part."

"I was in New York City at a coffee shop and I looked down at my phone and Nicole [Caruso, his publicist] had texted me and they said congratulations on these other things, but they didn’t tell me the bad news," Cooper said of the morning that the Oscar nominations were announced. "I went, ‘Oh gosh, I didn’t do my job."

There have been a number of directors who earned Oscar noms for their first film, including Jordan Peele and Greta Gerwig in 2018. But that certainly shouldn’t be the expectation. For instance, Spike Lee just received his first nomination for Best Director this year after more than three decades of directing. (The other Best Director nominees are Alfonso Cuarón for Roma, Yorgos Lanthimos for The Favourite, Adam McKay for Vice, and Paweł Pawlikowski for Cold War.) So there’s no reason Cooper should feel like he let down his A Star Is Born cast and crew — especially as this was his first time directing, and the film has been receiving recognition throughout awards season. In fact, Cooper himself was recently nominated for two Directors Guild of America awards (he lost both, but the nominations themselves were more than noteworthy). 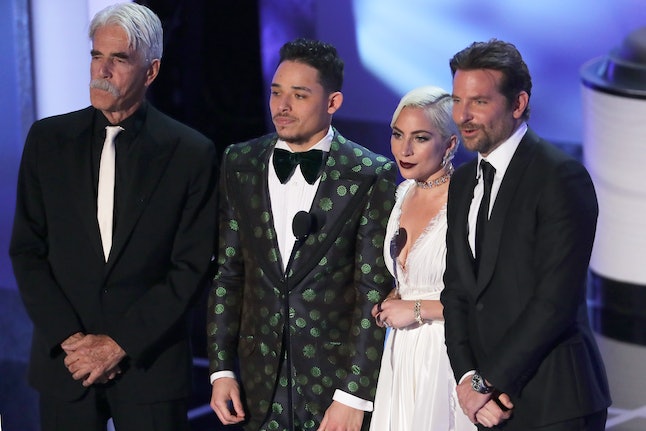 Oscar nomination or no, Cooper still has the support of his costars. Lady Gaga spoke about his snub to the Los Angeles Times after the Oscar nominations were announced, and she was no less proud. "At the end of the day, he knows that he’s the best director in my eyes, and in all of our eyes as his cast," Gaga said. "I know that he’s so happy that we’ve all been nominated and that the film was recognized and we all feel really, really beyond elated for the recognition."

Winfrey also affirmed the good work Cooper had done on the film during their "SuperSoul Conversation." And while he joked that he’ll "work on" doing his director part better, he also acknowledged that recognition from the Academy of Motion Picture Arts and Sciences isn’t everything. "But the truth is, even if I got the nomination, that should not give me any sense of whether I did my job or not," Cooper said, according to USA Today. "The trick is to make something that you believe in and you work hard and then you have the project and you say, ‘OK.’" 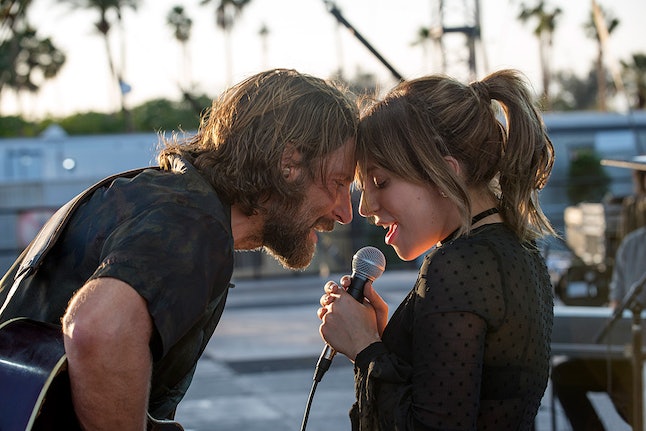 When the Oscars air on Feb. 24, Cooper could very well walk away empty-handed. But he’s no stranger to that since he has been nominated for his acting three times before — for Best Supporting Actor in American Hustle and for Best Actor for Silver Linings Playbook and American Sniper — and has never won. That shouldn’t take away from his accomplishments or the fact that the fourth incarnation A Star Is Born had the ability to move so many people. And if he’s ever in doubt of that, all he has to do is to think of people’s reactions to "Shallow" to remember the power his directorial debut had.