Two of the UK’s youngest drag queens flew to Canada and met legendary dancer and choreographer Cesar Valentino for a lesson in walking the catwalk and vogueing – a move that he invented.

Leo, 12, from Northamptonshire, was visiting his friend, fellow Drag Kid Nemsis, 11, in Montreal, when nine-year-old Fabian from south Wales flew out to join them.

Their lesson was filmed for 5*Star’s docu-series: Kids in Drag: We’re Fabulous, which aired last night.

‘The concept of ballroom and vogueing was created to give people an opportunity to express themselves in a safe environment, free of judgement’ Cesar explained to the drag kids.

‘Vogueing is an expression of self-acceptance, it’s an attitude’. 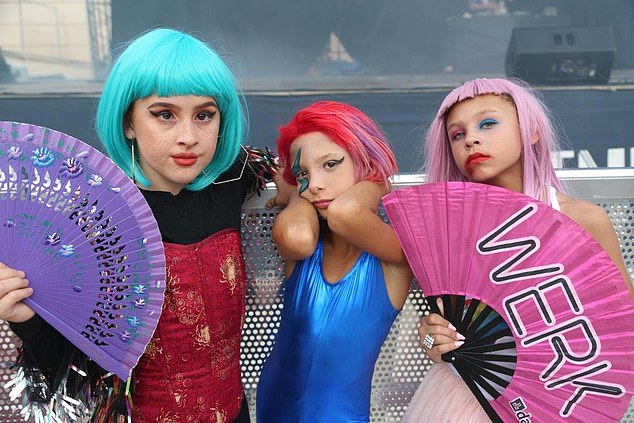 Leo Noakes, 12, with Stephan, ten and Fabian, nine, wearing drag and posing with fans, are the subject of Kids in Drag: We’re Fabulous

The youngsters’ mothers were all there to watch – with Fabian’s mother’s Rachel commenting: ‘Cesar taught the boys the runaway and to be taught by someone as big as that, just an amazing experience for them all.

Viewers have praised the children as  ‘inspirational’ ‘wonderful’ and ‘fantastic’.

Leo’s first met Nemsis when he flew to Denver for a child Drag show Dragutante.

Flying to America for the first time, he wowed crowds with death drops and incredible dance moves, while dressed as his alter ego Violet Vixen.

He told the viewers he wasn’t nervous ahead of his first ever gig at the Dragutante show, which he flew to along with his mother Lauren.

While there, Leo made  friends with Nemis, one of the most famous Drag Kids in the world, and showed off his skills as a performer.

Despite it being an event for children, the show is picketed by protesters who say allowing kids to do drag is ‘child abuse’.

To stop the protesters getting to the children, a group of LGBTQ allies stand in between picketers and the event so they don’t get to the performers. 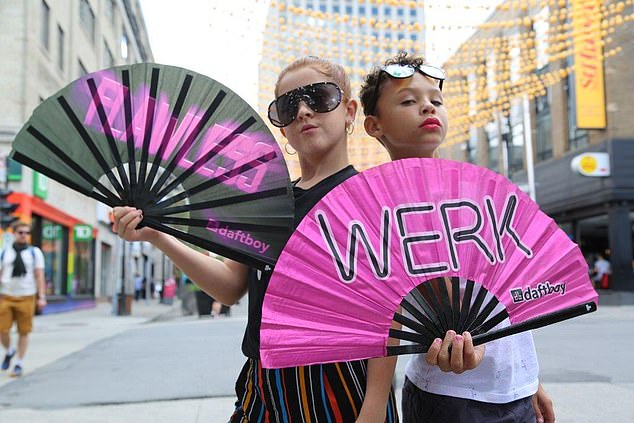 After making friends with Nemis, Leo then travels to Montreal to see him, and is joined by Fabian, nine, (pictured together) from south Wales – one of the countries youngest drag queens.

Explaining their dismay at the protesters, one of the organisers explained: ‘At the end of the day, unfortunately they’re uneducated on what we’re actually trying to do.

‘It’s not a sexual thing, it’s an empowerment and freedom thing. Some of the kids that were doing this were suicidal and they were ready to end their lives and they didn’t know where they were and this is a safe space for them to find themselves.

‘And if we can save a kid’s life by putting on a pageant one day a year, why the hell aren’t we doing it everywhere?’ 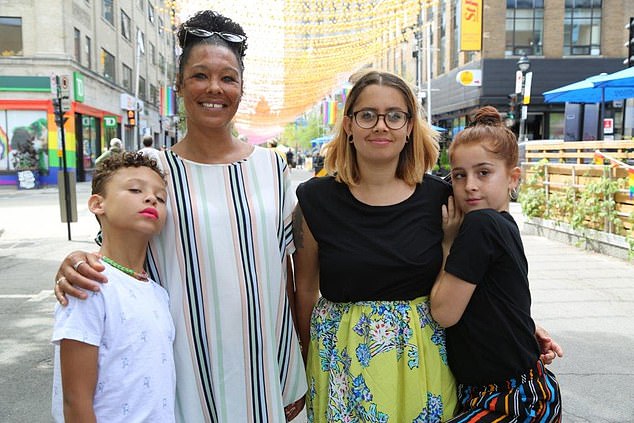 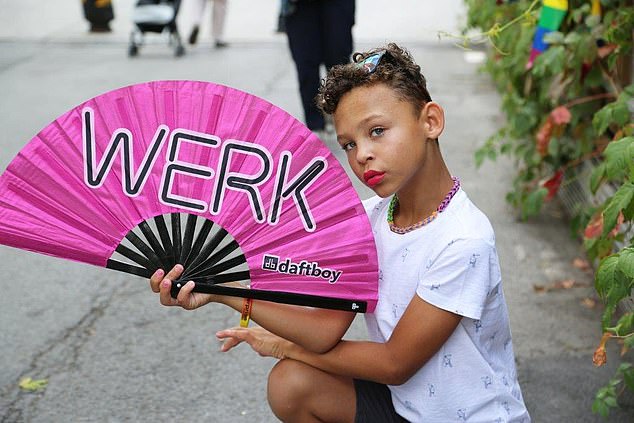 Fabian in the gay village in Montreal, where the three young drag performers visited

Leo later added: ‘I think the reason why people are more judgemental is because they have their own opinions and they feel they have to give it out in order for people to get better.

‘But they don’t realise it’s downright hate, and sometimes people are evil.’

Taking to Twitter, fans were inspired but the show, and praised Channel 5 for the great representation.

‘Drag Kids is such a cute programme!’ one said.

Another added: ‘This show is fantastic’.

While a third wrote: ‘Omg #dragkids was so wonderful’ 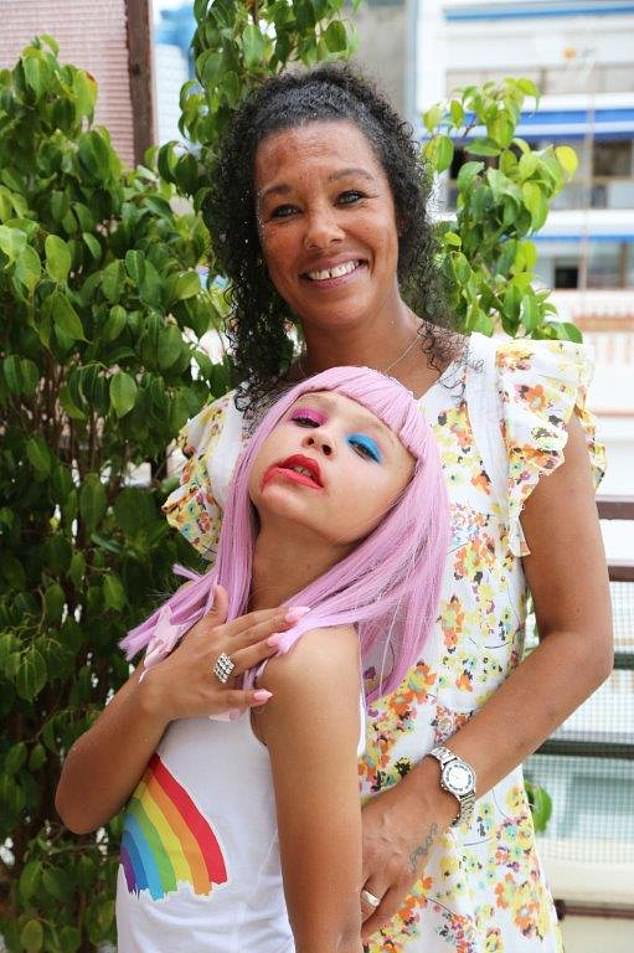 Fabian’s mother’s Rachel (pictured together) said: ‘Cesar taught the boys the runaway and to be taught by someone as big as that, just an amazing experience for them all.

Taking to Twitter, fans were inspired but the show, and praised Channel 5 for the great representation