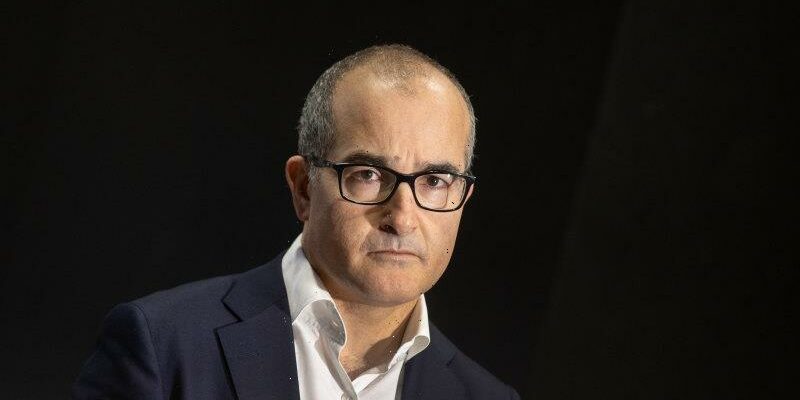 Every state and territory is on alert for a national outbreak of the highly contagious Delta strain of COVID-19 as 37 new cases of community transmission were recorded in four separate jurisdictions on Sunday.

The federal cabinet’s national security committee is due to meet on Monday morning with a specific COVID-19 agenda, particularly to consider the outbreaks, a government spokesman said. Prime Minister Scott Morrison will also reconvene the national cabinet to meet as soon as possible this week.

Senior Victorian cabinet ministers were actively considering shutting the border to New South Wales entirely, as well as parts of Queensland and Western Australia, where new COVID-19 cases were recorded over the weekend.

In a statement, the Department of Health said the Chief Health Officer was monitoring the coronavirus outbreaks across the country and actively reviewing border settings, and that more information “will be provided as soon as possible if required”.

The threat has once again affected the AFL. North Melbourne Football Club staff and players were isolating on Sunday while they awaited test results after travelling through Melbourne Airport on Saturday. Brisbane Lions players who had planned to attend a rugby league game on Sunday night were warned not to attend.

Several states have tightened border restrictions. Victoria designated the local government areas of City of Darwin, City of Palmerston, and Litchfield, red zones under Victoria’s travel permit system from 8pm Sunday, meaning anyone who enters Victoria must isolate for 14 days.

The Victorian Health Department said passengers on flights scheduled to depart before the cut-off time could enter Victoria under green zone permit conditions. 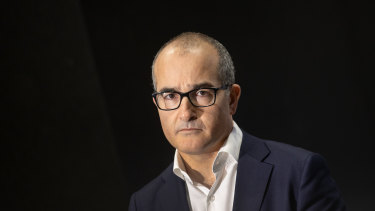 South Australia closed its border to Queensland, Western Australia, the Australian Capital Territory and Northern Territory, and requires everyone who has been in Victoria to get tested and isolate until they receive a negative result.

Western Australia reinstated masks and crowd limits in the Perth and Peel areas and upgraded border controls with the Northern Territory, Queensland and the ACT, after a woman in her 50s returned from Sydney to Perth last Sunday before testing positive to COVID-19 almost a week later on Saturday night.

Victoria recorded no new local cases in the 24 hours, but three were detected in hotel quarantine, after 20,700 test results were processed.

Acting Premier James Merlino said the state’s public health team was on high alert and more than 200 police officers were patrolling the border to prevent people from illegally entering Victoria.

“Victoria’s public health teams are constantly monitoring the situation across the country and will make changes if they’re needed,” Mr Merlino said on Sunday afternoon.

“It’s a rapidly changing situation. Keeping Victorians safe is our top priority, and we won’t hesitate to strengthen our borders if that is the advice from the public health team.”

Victoria’s COVID-19 response commander Jeroen Weimar earlier in the day said he was concerned about more coronavirus cases seeping into Victoria and flagged there could be further changes to border restrictions.

“If you’re a Victorian in NSW and you need to be back in our state, then we would encourage you to do so promptly,” Mr Weimar said.

“And we would certainly encourage any Victorian, please do not travel to NSW at this time. It is an unpredictable situation and we want to ensure we protect our state and the wider Australian east coast.”

Australia’s big four banks have pledged to offer support including loan deferrals or waiving fees for customers under financial strain as a result of NSW’s COVID-19 lockdown, amid warnings the cost to the economy could top $1 billion a week.

AMP Capital’s chief economist Shane Oliver estimated the toll of a two-week lockdown across Greater Sydney and surrounds would cost the economy about $2 billion.

Queensland recorded two new cases – a Brisbane couple who has the Alpha strain.

The Northern Territory recorded four new cases of COVID-19 linked to a gold mine worker who acquired the virus in a Queensland quarantine hotel.

The Commonwealth has offered various supports to the NT, Mr Hunt said, including more than 4000 testing kits, and asymptomatic testing has been activated. The Royal Flying Doctors services is on standby for rapid deployment and there will be a briefing with the Aboriginal Health sector, Mr Hunt said.

“We have set up a national incident management team to support the Northern Territory response and that is hosted in the National Incident Centre and includes representatives from the National Indigenous Australians agency,” he said.

As of Sunday morning, Victorian health authorities had identified three miners in the state who worked at the Granites gold mine. They were isolating on Sunday.

“We expect that number to grow as we work with other jurisdictions to identify where those other 900 mine workers have travelled to,” Mr Weimar said. “We understand they may have travelled fairly widely across Australia.

“If you were at the Granites gold mine between [June 18 and 25], please, stay where you are, isolate, get tested and contact us so we can support you during this isolation period.”

Victorian authorities were also racing to contact 128 passengers who were on a Virgin flight to Melbourne on Friday with a potentially infectious flight attendant.

North Melbourne staff and players were sent into home isolation and told to get tested on Sunday after being at the airport on Saturday on the way to Hobart for their match against Gold Coast.

The Roos were at Melbourne Airport between 7am and 8am on Saturday, and now must await a negative a result.

AFL industry sources confirmed Brisbane Lions players who had planned to attend Sunday night’s rugby league state of origin game in Brisbane have been told by the club not to attend as a risk mitigation strategy given the unfolding COVID-19 situation.

The cabin crew member who tested positive to COVID-19 on Saturday evening flew into Melbourne on Friday on flight VA334 from Brisbane. She is Sydney-based and a close contact of a positive COVID-19 case from a known cluster in Sydney, according to Virgin.

The woman stayed overnight at the Holiday Inn Express in Southbank. COVID-19 Commander Jeroen Weimar stressed the woman, who was potentially very early in her infectious period, abided by strict coronavirus protocols during her time at the hotel.

Authorities have identified 43 aircrew staff as primary close contacts of the woman, and listed all public areas of Melbourne Airport Terminal 2 as exposure sites between 6.30am and 7.30am on Saturday.

Terminal 3 is listed as being an exposure site between 5.20pm and 6.50pm on Friday, and between 8am and 9am on Saturday.