Tasmanian senator Jacqui Lambie says the government is “bloody dreaming” if it plans to push through multi-employer bargaining before the end of the year, increasing the prospect of a drawn-out battle over the ambitious industrial relations changes in the Senate.

Lambie has also branded “disgusting” the way the government had stripped the building industry watchdog, the Australian Building and Construction Commission, of various powers ahead of its planned abolition. 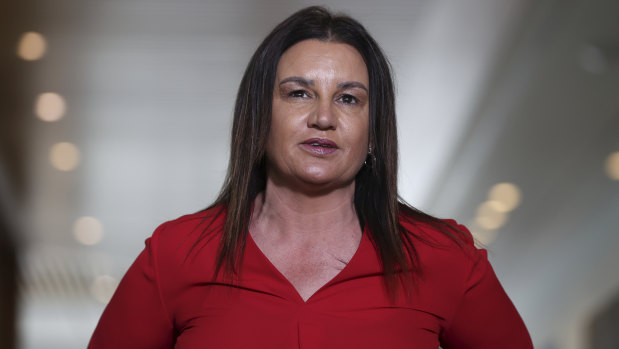 Tasmanian senator Jacqui Lambie has warned the government against ramming through its industrial reforms.Credit:Alex Ellinghausen

With the Coalition pledging to block a push to allow employees to negotiate pay rises across multiple businesses, the government must secure the vote of a crossbencher in the Senate to guarantee the success of the legislation, a key call from the union movement at the jobs summit.

Lambie, who, with new Senate colleague Tammy Tyrrell makes up two votes in the upper house, said many of the proposed reforms would have to go to inquiries before being put to parliament.

“I think there’s a couple of those reforms that need to be looked at, whether it’s the BOOT [better off overall test], whether it’s, you know, the businesses all co-operating under the same agreements, things like that, because what might suit the mainland certainly does not suit Tasmania at times,” Lambie said.

“We’re going to have to listen to the for and against, but if they think they’re just going to rush, obviously legislation through, I’ve got news for them and it’s all bad, and it’s not going to happen.”

The government last week unveiled plans to make it easier for businesses and workers to access multi-employer bargaining as part of changes to the Fair Work Act it says will improve conditions for workers.

Business chiefs have called for more detail on the proposal, which they fear could clear the way for industry-wide strikes.

Prime Minister Anthony Albanese said on ABC’s Radio National the Council of Small Business Organisations Australia, which has agreed to explore multi-employer bargaining with the Australian Council of Trade Unions, said it could assist its members.

Asked whether the system would be opt-in or compulsory, Albanese said discussions about the detail of the reforms would be had in advance of the legislation being drafted. “We don’t seek to impose changes, what we seek to do is to have discussions,” he said.

Burke is seeking to introduce legislation by the end of the year, a tight timeframe when parliament sits for only four weeks after the October 25 budget.

Lambie said she needed to meet with the government over the proposed changes to the Fair Work Act, “and, therefore, we’re going to need time to do this”.

“And if they think they’re going to rush it through before Christmas-time, they’ve got to be bloody dreaming,” she said.

A debate over the ABCC will resume on Monday, as Coalition industrial relations spokeswoman Michaelia Cash’s move to block the removal of the building code is argued in the Senate.

The government has wound back many powers of the ABCC, which unions criticised as a politicised body installed by the Coalition, but its abolition as a statutory body will need to pass through both houses of parliament.

“It’s been really unfortunate that they believe in their own right that they can actually abolish [it]. Much of that they’ve already done and reduced it to absolutely nothing, which has been quite disgusting in itself without open discussion and conversation about that,” Lambie said.

“So, it seems to me that if the Labor Party keeps going the way it is, then you might as well rebrand itself and call itself the union party, because that’s exactly where we’re heading.