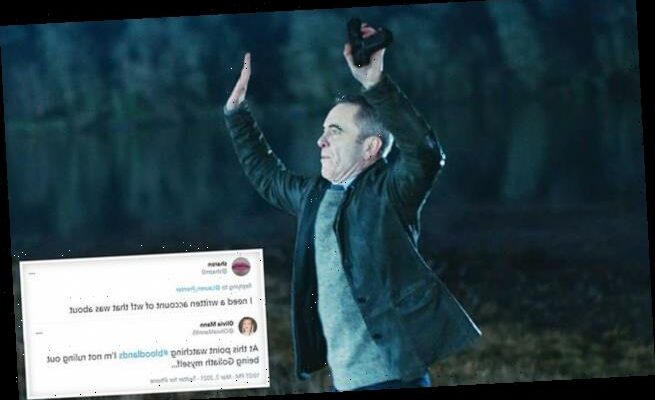 However dozens of viewers said the fast-paced series finale left them with ‘more questions than answers’, with one claiming she needed a ‘whole PowerPoint presentation’ to explain what was going on.

The four-part drama, executive produced by Line of Duty creator Jed Mercurio, stars James Nesbitt as DCI Tom Brannick, a detective investigating a kidnapping with links to ‘Goliath’ who last struck in County Down 23 years ago, just before the Good Friday Agreement was signed. 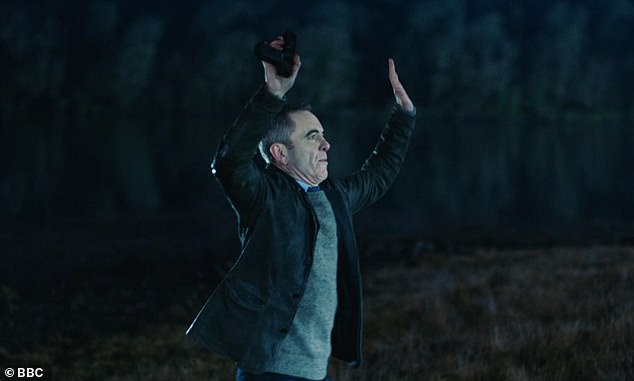 Baffling: Dozens of viewers said the fast-paced series finale left them with ‘more questions than answers’, with one claiming she needed a ‘whole PowerPoint presentation’ to understand

Viewers were introduced to Brannick as a concerned husband and father – to a grown up daughter, Izzy (Lola Petticrew) – determined to uncover what happened to his wife, whom he believed had gone undercover and disappeared.

However it quickly became clear that all was not as it seemed. It transpired Emma was having an affair with Protestant paramilitary godfather David Corry, who was shot dead by Goliath on an island in Strangford Lough, County Down.

When Corry’s brother Adam revealed the affair to Brannick in the second episode, the detective did not hesitate in shooting him dead.

At the start of last night’s episode, Brannick’s boss DCS Jackie Twomey (Lorcan Cranitch), was being treated as the prime suspect in the Goliath case. 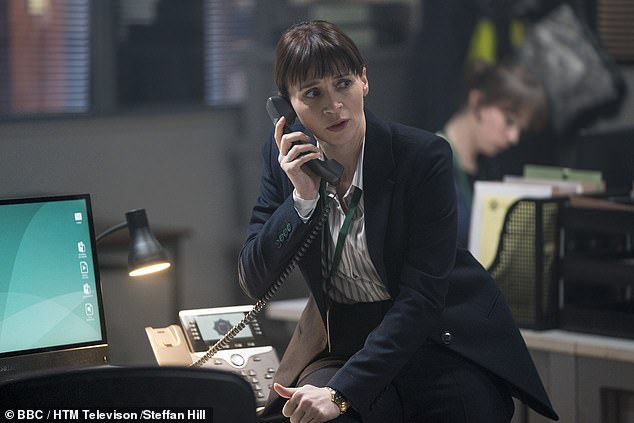 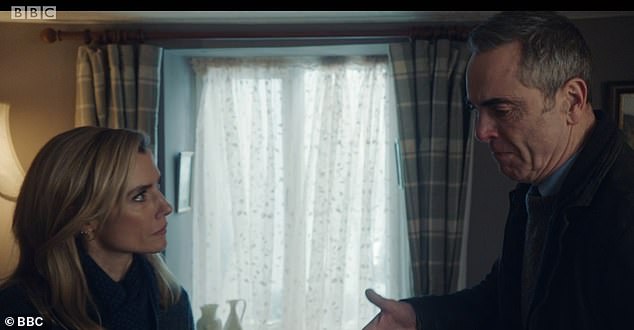 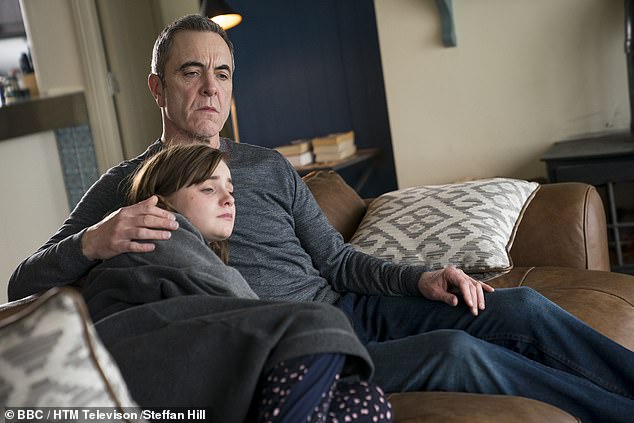 What’s to come? The series ended with Brannick cuddling his daughter Izzy on the sofa

In a scene reminiscent of Line of Duty, which begins this Sunday on BBC1, Heather Pentland (Susan Lynch) grilled Twomey but ultimately there was not enough evidence to tie him to the murders.

DS Niamh McGovern (Charlene McKenna) grew suspicious of Brannick’s reaction to the inconclusive interview and began to suspect he had framed Twomey.

By speaking in Irish Gaelic – a detail which was widely praised by viewers – she was able to communicate her suspicions to Twomey in secret.

At the same time McGovern was uncovering Brannick’s connections to the Goliath murders, he was ambushed by the henchmen of kidnap victim Pat Keenan (Peter Ballance), who still wanted revenge. 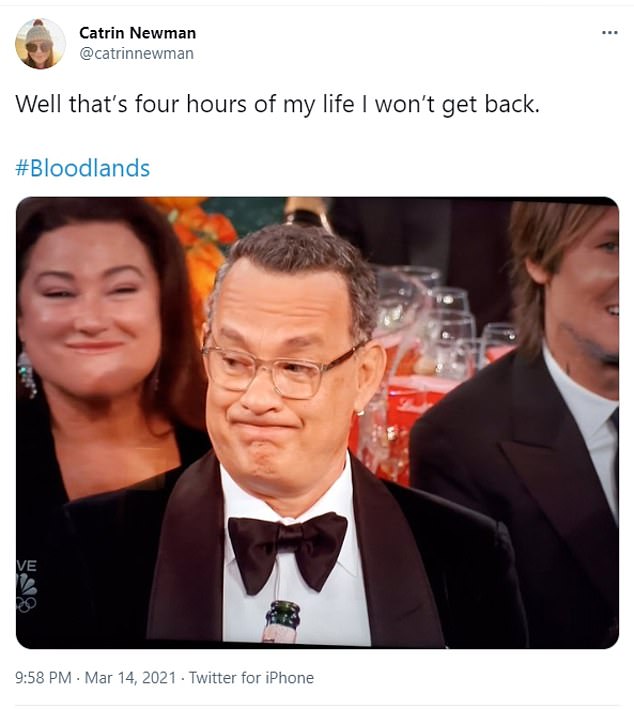 Using Izzy as a lure, Matthews convinced Brannick to come to her holiday cottage in the mountains, where he finally revealed what had happened more than two decades ago.

Bloodlands is coming back for series two

The BBC announced yesterday Bloodlands will return for a second season.

Bloodlands launched with an average of 8.2 million viewers, making it the biggest new BBC drama launch since last June.

In Northern Ireland, the premiere episode had a 52 percent consolidated audience share (live and time-shifted viewing), making it the highest BBC drama to launch locally on record.

Brannick explained how in early 1998, in the build-up to the Good Friday Agreement, he had received a phonecall from David Corry, who claimed to be holding Emma after discovering she had infiltrated his loyalist terror operation.

Brannick claimed he was told he had to ‘do certain things’ if he wanted to see his wife again. This involved killing Harkin and Quinlan on the island in the lough, where they were awaiting a delivery of a weapons shipment.

After shooting the two men dead, Brannick waited for Corry. He was shocked when Corry arrived with his lover Emma, and shot Corry dead.

But he couldn’t kill his own wife and told her to ‘disappear’.

An emotional Brannick sobbed as he confessed his crimes to Matthews and sent her to retrieve the gun he had used to murder Quinlan, Harkin and the Corry brothers, saying he simply wanted to tell his daughter himself before turning himself in.

However when Matthews arrived at the lough island in search of the gun, she was ambushed by Keenan, who had been tipped off by Brannick as to where he could find the woman who had kidnapped him. 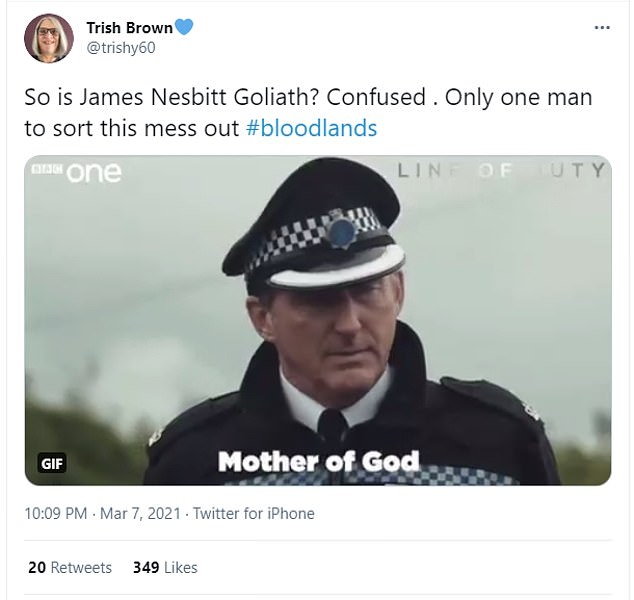 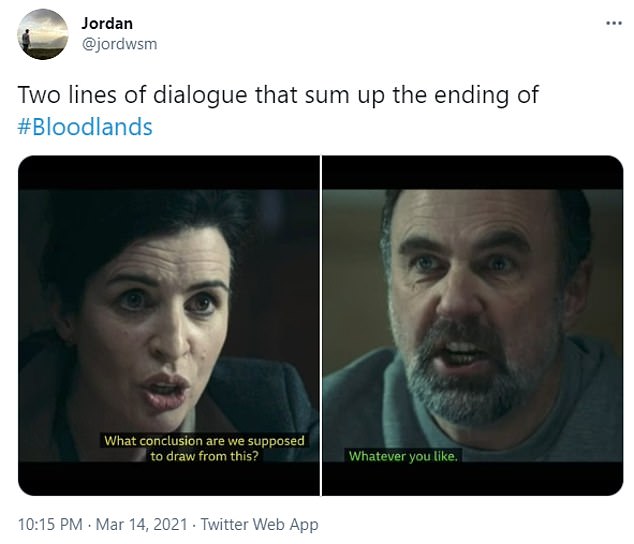 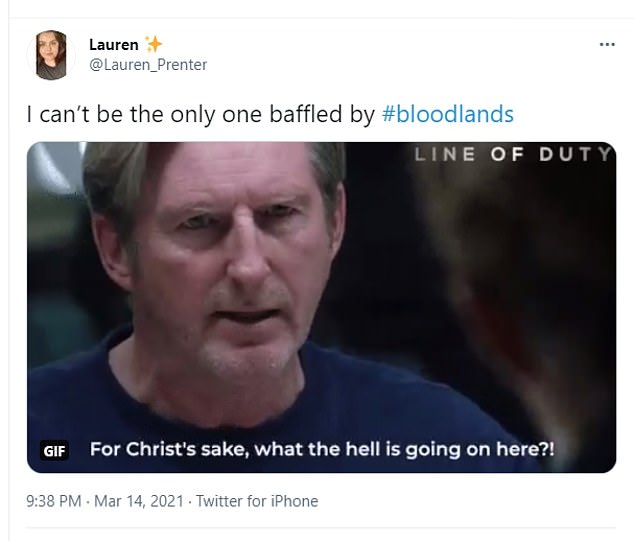 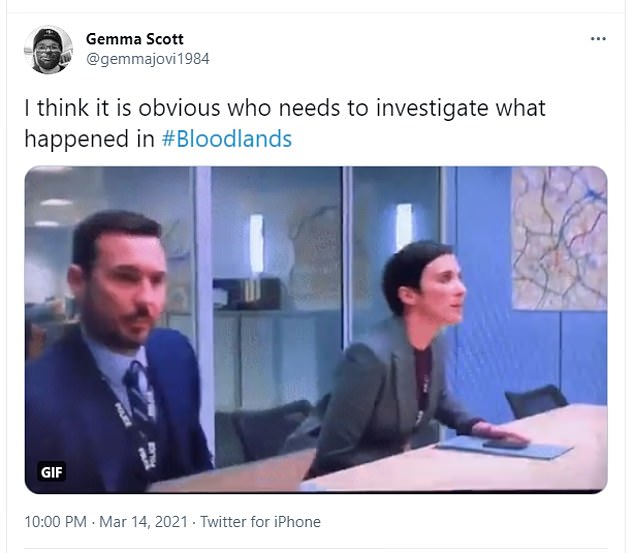 Mercurio fans joked AC12 – the team from his other drama, Line of Duty – could solve the case

When the police arrived, having tracked Brannick’s mobile phone, they found the detective with a gun in hand, standing over two bodies.

He claimed he had killed Keenan, who must be Goliath, because he was armed and dangerous.

The episode concluded with Petland and Twomey debriefing Brannick, who said he was convinced Keenan had been Goliath.

BBC announced yesterday the show will return for a second series, which viewers and critics speculate will centre around the return of Brannick’s wife.

However the fast-paced series finale has left some viewers reeling, with one joking they needed a ‘Power Point’ to understand what had happened.

Others pointed out confusing plot points, such as why Brannick would have been so eager to investigate the Goliath murders if he knew he was behind them all along.