BLACK DOG: John Bercow’s New Year’s Eve party at the House of Commons under threat as security guards threaten to down tools in protest at overtime rates for late night work

Is John Bercow’s beloved New Year’s Eve party on the Commons Terrace under threat? Tory MPs – who witheringly label the Speaker a ‘preening popinjay’ – are amused that parliamentary security guards are muttering about downing tools to protest at overtime rates for late-night work. ‘I’m normally against strikes,’ sniped one. ‘But if it means that pipsqueak loses his party, I’ll make an exception.’ 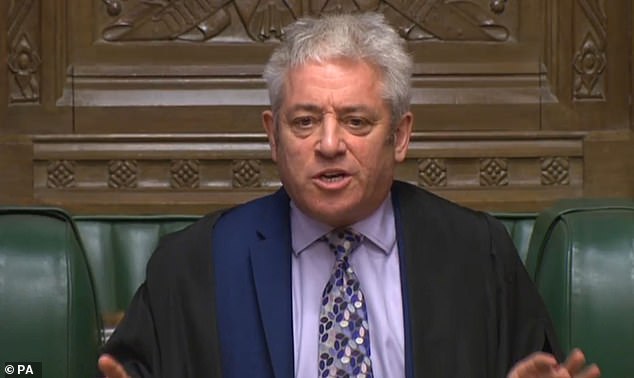 Labour foes of Jeremy Corbyn reckon they’ve solved the mystery over why he let Theresa May off the hook at Prime Minister’s Questions by barely mentioning Brexit. ‘It’s because of the reaction he got at Shadow Cabinet the day before,’ whispered a party insider. ‘He was so boring on the subject that even Diane Abbott nodded off.’ Really? Surely Jezza’s ex-lover was merely resting her eyes.

No wonder ‘Eeyore’ Philip Hammond rarely tries to curry popular favour. The Chancellor’s apparently foolproof crowd-pleasing plan to mint a special 50p coin for Brexit Day next March has been given a resounding thumbs-down by voters. Secret polling for No 10 reveals the idea, unveiled in the Budget, has ‘absolutely bombed’ with Joe Public.

Actor Richard Madden – who played the protection officer to Keeley Hawes’ Home Secretary, left, in the BBC’s Bodyguard –intriguingly claims the plot line where he ended up in bed with his boss was anything but ‘unrealistic’. ‘The bodyguards I spoke to, without naming certain names, were like, yeah, totally f***ed their principals,’ the actor tells GQ magazine. ‘So those things definitely happen. There’s a couple of stories… unrepeatable stories… I want to tell you, but I can’t.’ Pity! 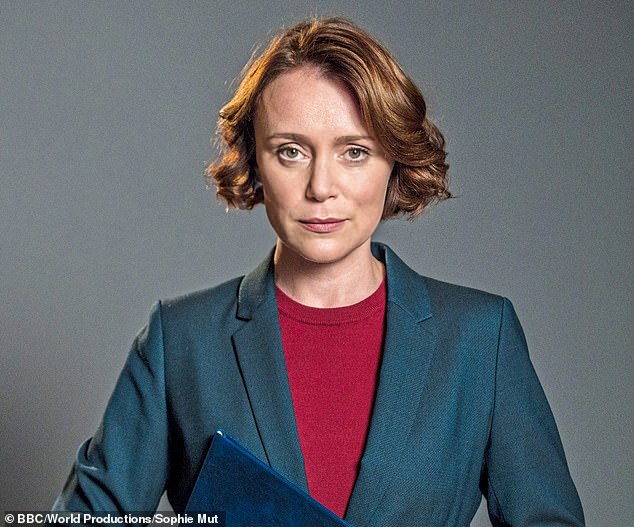 On his way into the Commons last week, outspoken Tory MP Johnny Mercer found himself trapped in the revolving door. ‘Help!’ screamed the Army veteran through the security glass. ‘This is like being stuck in the Brexit backstop.’

Labour Remainer Stephen Kinnock’s relish at a rare Tony Blair return visit to Westminster ended abruptly when the ex-Prime Minister rubbished Kinnock’s preferred solution to the Brexit crisis – Norway-style membership of the EU-associated European Economic Area. ‘I remember the words of a Norwegian Conservative politician who said, “If you want to run the EU, stay in the EU. If you want to be run by the EU, come and join us in the EEA,” ’ said Blair brutally.

Would-be Tory leader Liz Truss dismisses her past flirtation with the Liberal Democrats as a ‘youthful error’. ‘We all make mistakes as teenagers,’ she tells the Spectator podcast Women With Balls. ‘Some people do drugs, other people join the Lib Dems. What can I say? But I saw the light.’ Given that La Truss was president of the Oxford University Lib Dems, it was a pretty heavy addiction. 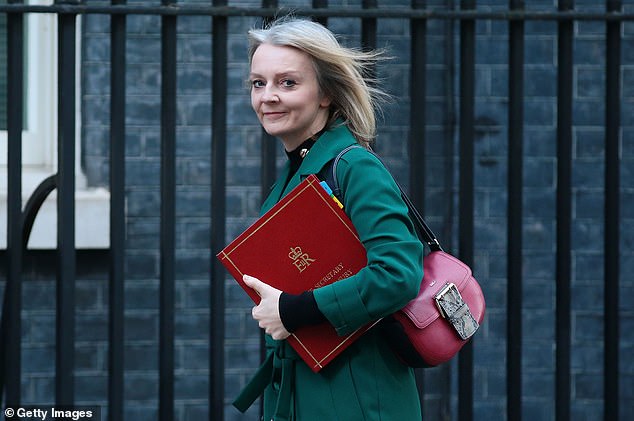