Beyoncé and Jay-Z subtly posed for a photo near an elevator on the way to celebrate the singer’s new album — eight years after the rapper’s infamous brawl with Solange Knowles.

The “Break My Soul” singer, 40, dazzled in a metallic black bodysuit while Jay-Z, 52, looked suave in a cream suit as they stood in front of an elevator on the sixth floor.

The snap comes weeks after fans were convinced she referenced the famous fight in her new song “Cozy.”

“Might I suggest you don’t f–k with my sis / ‘Cause she comfortable,” she sings in the new song. 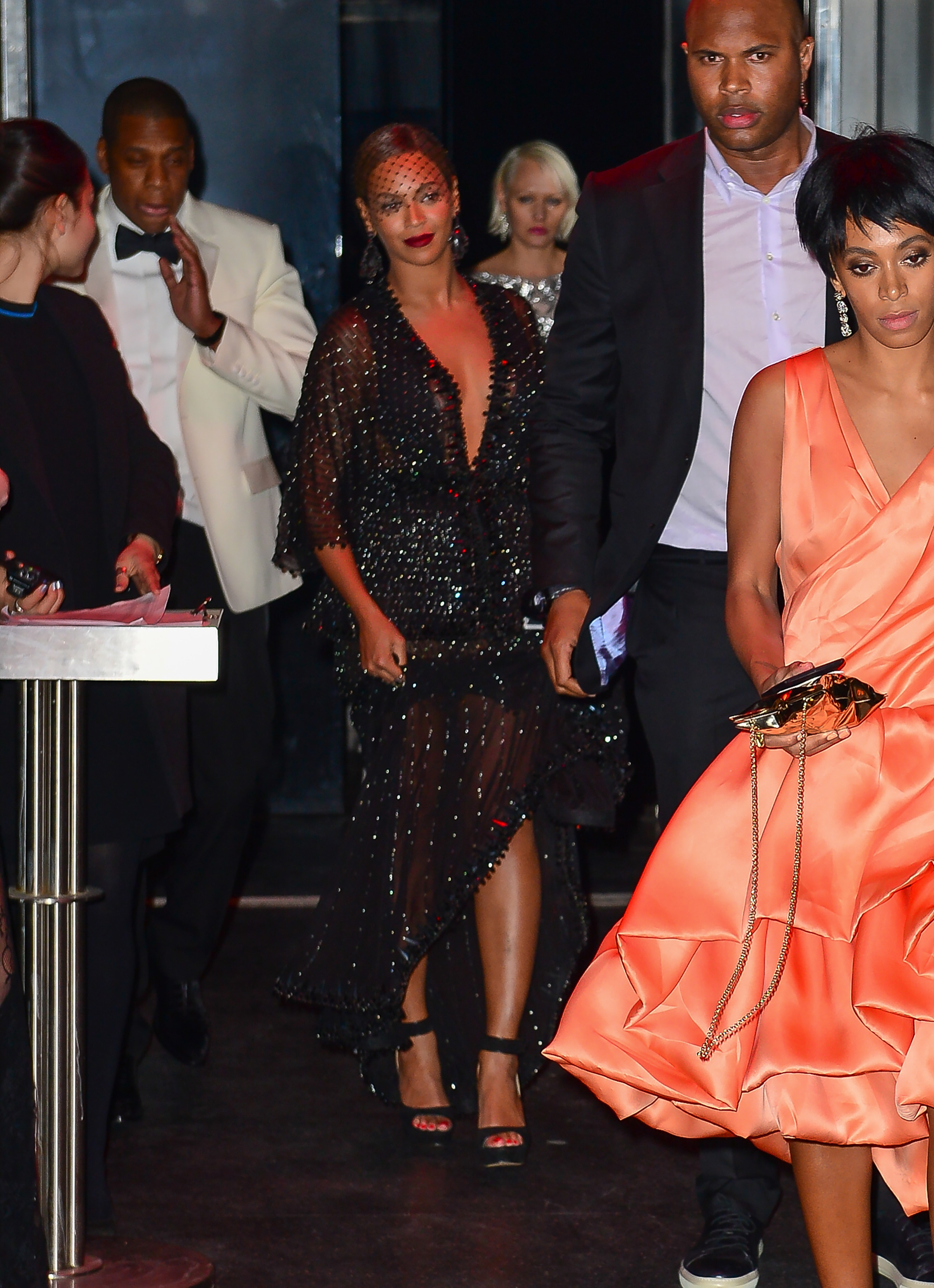 In 2014, following a Met Gala afterparty at the Standard Hotel in New York City, surveillance obtained by TMZ showed Beyoncé’s sister and Jay-Z getting into a physical altercation on the elevator.

The video showed Solange, 36, yelling, hitting and kicking the rap mogul as a bodyguard tried to restrain the “A Seat at the Table” songstress. Beyoncé stepped in to try to break up the two, but Solange continued to attack her brother-in-law.

Rumors of what caused the melee ran rampant after the release of the footage. At the time it was reported that Solange had also gotten into a verbal argument with designer Rachel Roy, with a source telling Us Weekly that Jay-Z had said something that caused her to snap. 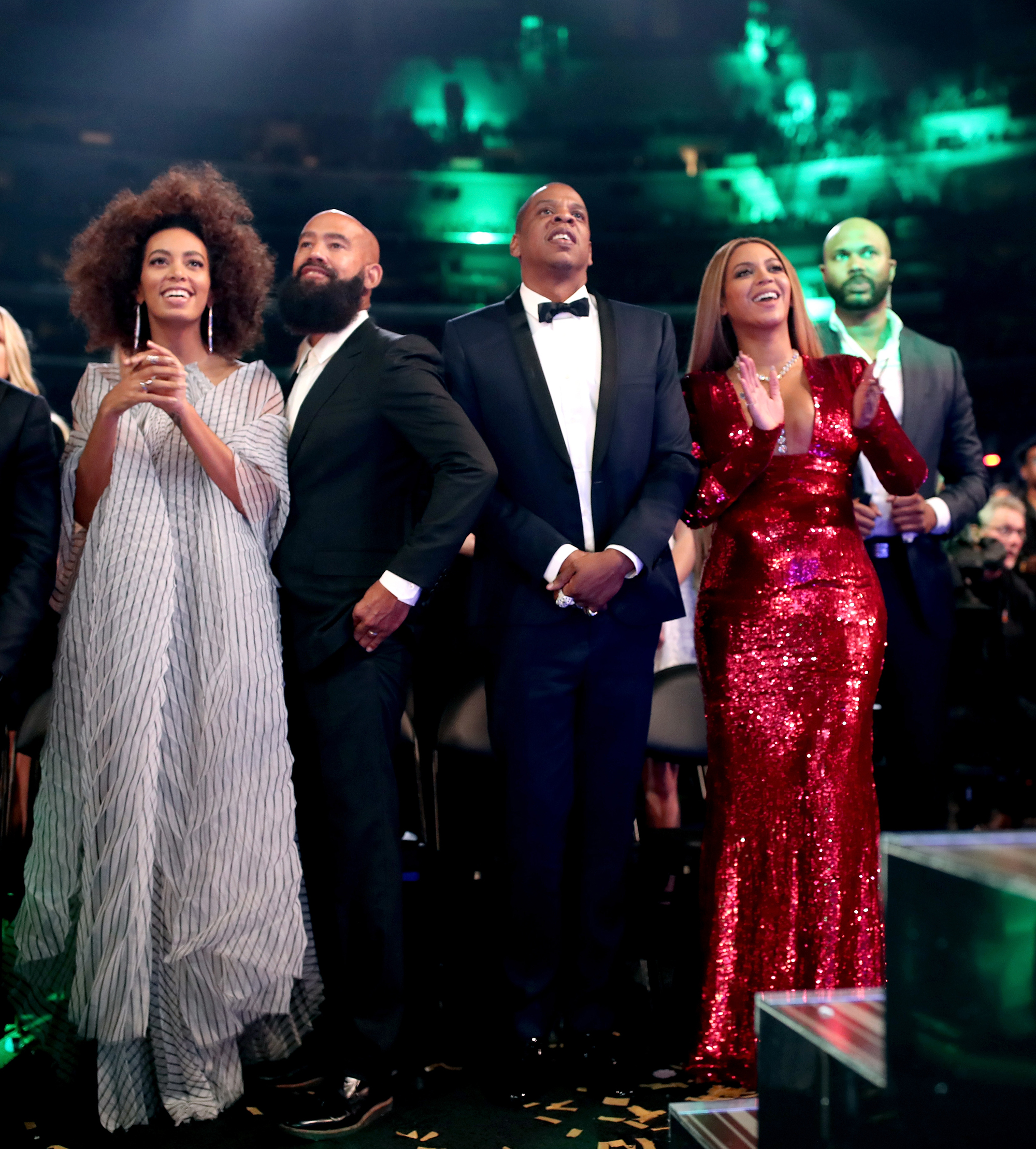 “As a result of the public release of the elevator security footage from Monday, May 5, there has been a great deal of speculation about what triggered the unfortunate incident,” the couple and Solange said in a joint statement at the time. “The most important thing is that our family has worked through it. Jay and Solange each assume their share of responsibility for what has occurred. They both acknowledge their role in this private matter that has played out in the public.

“They both have apologized to each other and we have moved forward as a united family. The reports of Solange being intoxicated or displaying erratic behavior throughout that evening are simply false. At the end of the day, families have problems and we’re no different. We love each other and above all we are family. We’ve put this behind us and hope everyone else will do the same.” 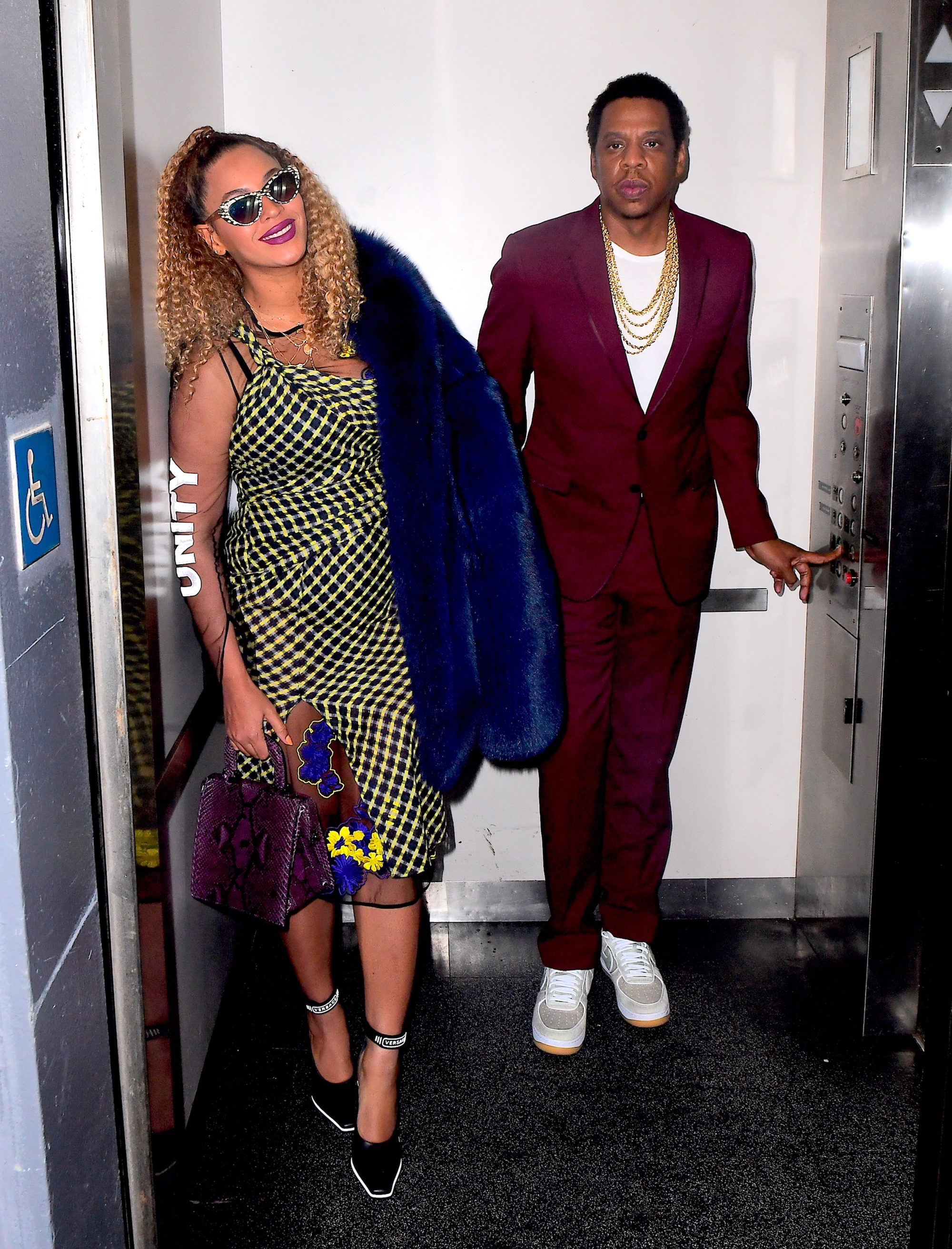 It’s not the first time the couple alluded to their scandal by posing near an elevator or even in song.

Back in 2017, they posed inside an elevator together smiling for paparazzi on Jay-Z’s 48th birthday. The couple were leaving a movie theater in downtown Manhattan.

And on her song “Flawless” with Nicki Minaj she sings, “Of course sometimes s–t goes down when there’s a billion dollars on an elevator.”