Bevy Smith is a legend to most, a “MUTHA” to everyone who *really* knows her. ICYMI: Her iconic, decades-long career in media is basically the eighth wonder of the world. The fashion maven and entertainment tour-de-force went from sales publishing exec to a multi-faceted media personality with stints at Vibe, Rolling Stone, Page Six, and Bravo.

In recent weeks, she’s been busy on a (virtual) promo tour for her new memoir, Bevelations: Lessons from a Mutha, Auntie, Bestie. In the new book, she opens up about her decision to leave a lucrative role in corporate America for a waaay more fulfilling life pursuing her creative passions. Smith recently spent time chatting with me during a virtual sit-down for Hearst Black Culture. We talked all things Bevy, of course: mentorship, fashion, career, and Harlem. Here are some highlights from that convo—

On growing up in Harlem:

“I grew up understanding that even though I was living in Harlem in an all-Black community, I knew there was a world, a global space of opportunity just two train stops away. I mention that because it’s important to my narrative. One of the best things about growing up in New York City, is that you have a lot of access. Access to art and culture just walking down the street. The same streets as Langston Hughes and Zora Neale Hurston, and understanding that Jacob Lawrence was inspired by people from the great (Black) migration. These are all things that really shaped and influenced me and really paid off for me when I landed in the worlds of fashion media.”

On starting her career in fashion advertising:

“I wasn’t really interested in doing ad sales, but I realized that I could be a cultural conduit—an ambassador of sorts. I could go over to Europe—to Milan, Paris, London—and explain to people why the Vibe audience was a viable audience. Because back then and even still to this day, to a certain extent, many luxury brands do not look at Black and Brown people as a viable consumer for their products. They don’t necessarily want to see them in it. They certainly would not lend us clothes in those days. And I said, I think I can change some things…I think I can get us advertising. And I did.” 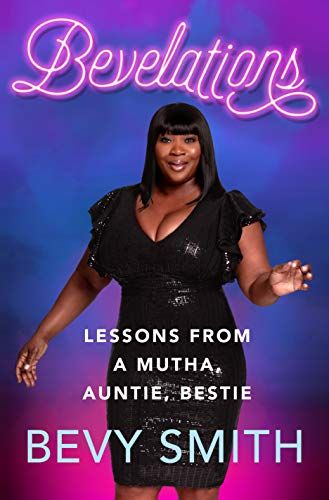 On being a cultural liaison:

“When they looked at Lil Kim, and they looked at Puffy and Mary J. Blige, and perhaps they thought they were exceptions vs. the rule. It was my job to make them understand that there are literally hundreds of thousands, if not millions, of Mary J. Bliges, Puffys, and Lil Kims all across America. It’s no mistake.”

“It’s important to note that you don’t always have to have a cultural background in common with your mentor. You can learn from anyone. It’s really about if they are willing to see you in your totality. I know sometimes that’s tough, because especially in these times where we have a lot of people who consider themselves liberal, and they mean well but they say really offensive things—that’s what we call micro-aggressions, and those things can be just as damning. So, I think it’s about finding people who see the fullness of your humanity.”

“Comparison is the thief of joy. You cannot spend your life, comparing to other people’s lives, especially if you’re doing so through an Instagram feed. You should be your own competition; I compete against myself all of the time. I am always trying to up the ante on Bevy Smith. We know that these things (Instagram), are kind of addictive but you do have to step away from the ‘gram sometimes, step away from your Tik Tok, step away from Reelz, and get real and literally look at your life. ”

“The Black gay ballroom scene! MUTHA of the house darling. For those who may not know it up close and personal: when you watch Pose, you see the Muthas, darling—they lead the House. They’re the ones that everyone can come to for advice, for a place to sleep, for some money…they are truly mothers and they have not birthed one chick or child. But they are the MUTHAs of the house. And that is the position in my book, that I am the mother of many houses. And I feel so very blessed and grateful to have strong relationships with so many in the LGBTQIA community. It means the world to me that I am seen as a mother in that community.”

On fashion and personal style:

“The way you dress in Milan is the same way you could dress in the hood. They really love color—give them some lamé! And give them some more lamé! And give them some sequins! And that’s very much what it was like growing up in Harlem for me. Young, fly, and flashy was the mandate. And then when you go to Paris, it’s a little quieter and more austere, which was never my playground. I’m not the quiet or austere girl. Personal style is really the best style. You have to make sure that you are adhering to things that feel good to you and look good on you. You can’t follow trends.”