As fans of The Tonight Show Starring Johnny Carson know, television legends Betty White and Johnny Carson had a funny chemistry that dated back to the early days of television. But despite their longstanding friendship, White confessed near the end of Carson’s 30-year run that she still got “shook” when the iconic host said hello to her. 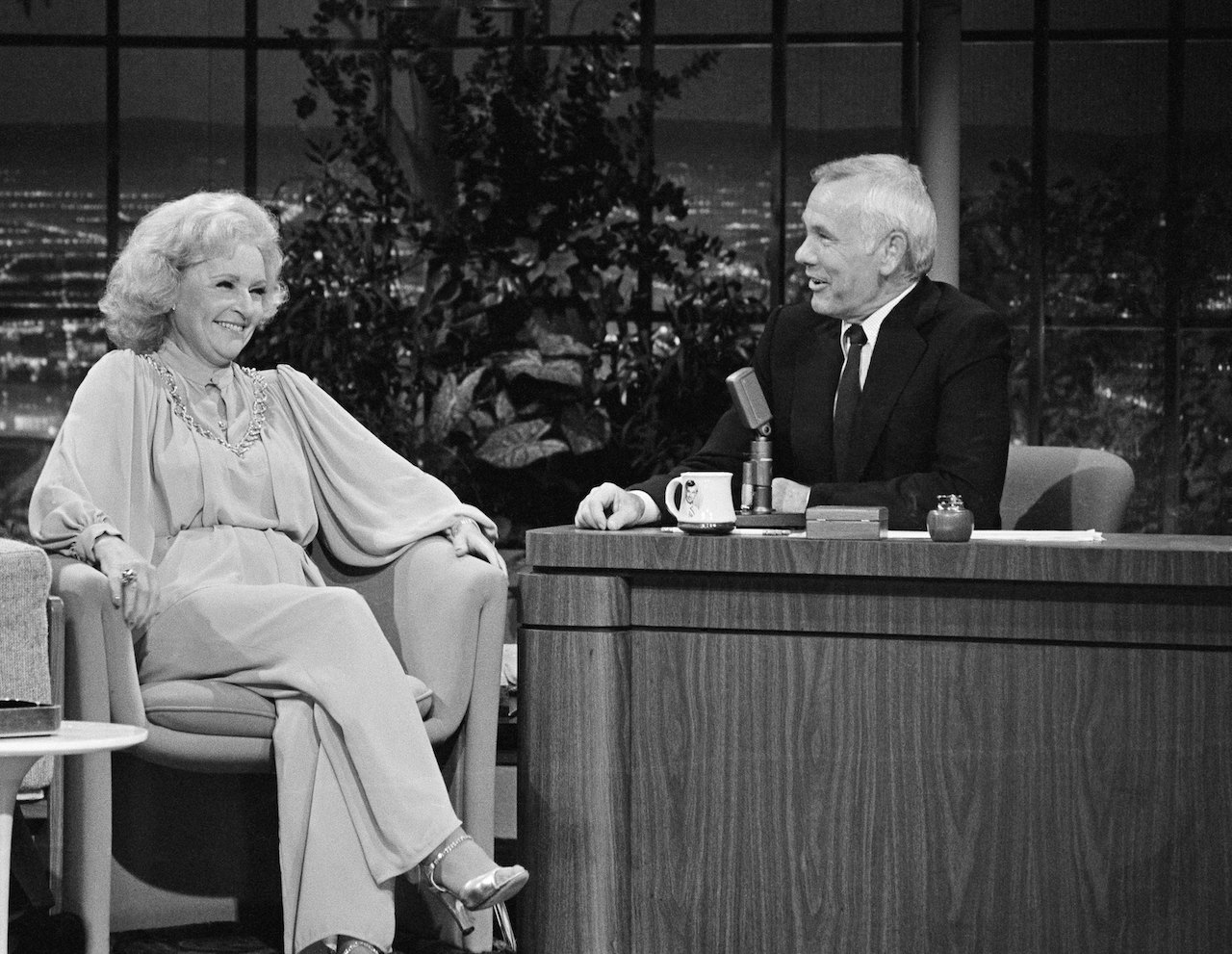 Betty White told Johnny Carson, ‘We grew up together … but I still get shook.’

While Carson was interviewing White in 1987, the TV superstars began to chat about how they’d known each other since the “early days of television.”

In a clip available on YouTube, White mentioned to Carson that she didn’t think she’d ever take her celebrity friends for granted despite her own fame. Then, she confessed, “I even get shook when you say, ‘Hello, Betty. How are you?’”

“Oh please,” the legendary host replied in seeming disbelief, after which White explained, “We grew up together out here and we both started in television together, but I still get shook.”

In the same interview, White joked to Carson that if he hadn’t been in “such a rush to get married,” then the two might have eventually been more than friends.

“You’re something else,” Carson blushingly told her. For reference, he married his wife, Alexis Maas, in 1987. It was his fourth and longest marriage, and it lasted until he died in 2005.

Betty White met Johnny Carson before he grew into himself. 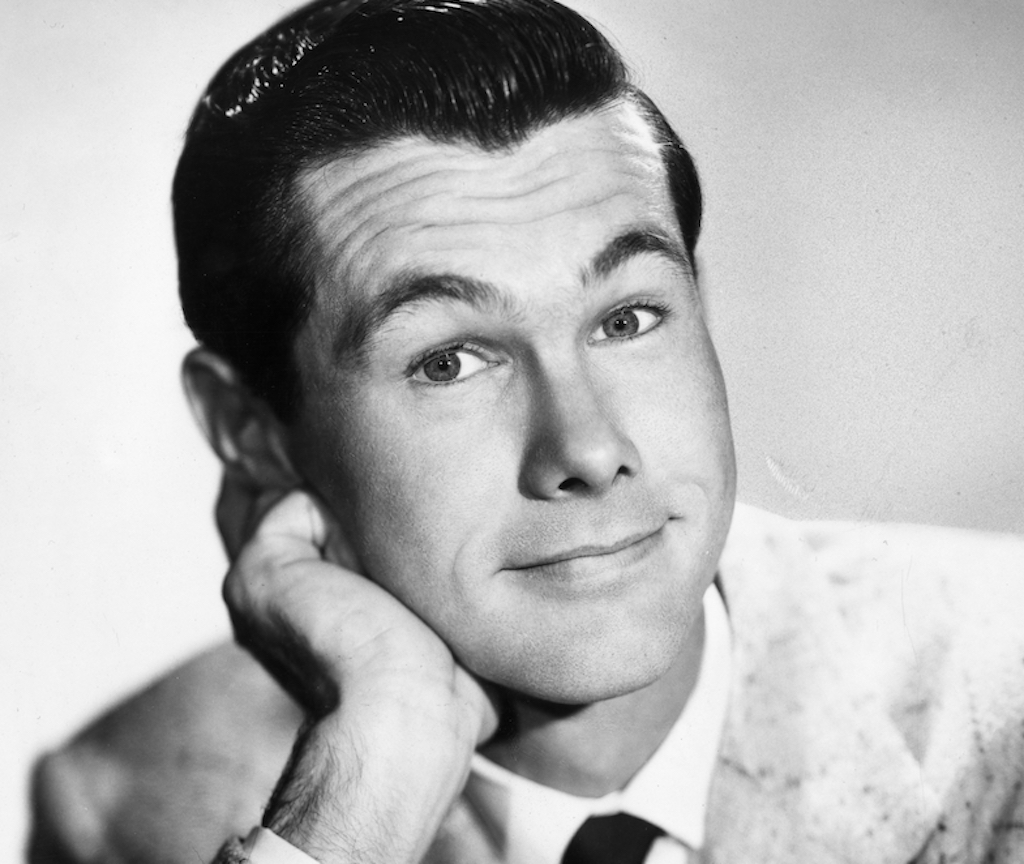 During a 1997 interview with the Television Academy Foundation, White elaborated on her longstanding friendship with Carson. “We’ve known each other since Carson’s Cellar,” she shared, referring to one of the Tonight Show host’s earliest comedy shows. According to White, Carson was “such a kid” when they met that he hadn’t “grown into [himself] yet,” which she measured by his “long wrists.”

White went on to say that she and Carson got to know each other through doing various shows before he took on hosting The Tonight Show. “We just always kind of cracked each other up,” she disclosed.

As White told it, Carson eventually called her up with some ideas for sketches once he took over the iconic late-night program. And as fans remember, many of them showed the pair engaged in hilarity while in various stages of undress.

Johnny Carson told Betty White to keep her clothes on. 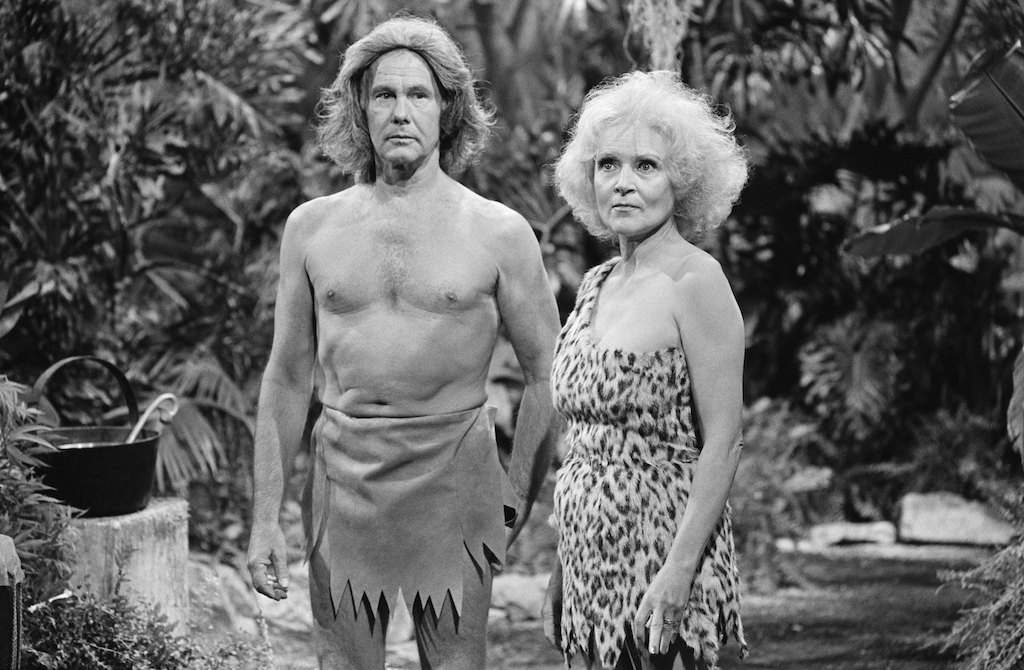 So, it seems a long and funny history made White a natural fit for some of the sketches Carson came up with for The Tonight Show. Together, they played Adam and Eve after 25 years of marriage, a couple on a date in a little-too-close to seaside restaurant, and a few other sidesplitting characters.

The two were so often undressed in the skits, White told the Television Academy Foundation she once said to Carson, “Why don’t you just admit it? Every time you want to take your clothes off, you call me.”

But during that 1987 interview on The Tonight Show, Carson said he and White would be “most dignified” and keep all of their clothing in tact for her appearance. “A little dignified?” the Golden Girls’ star asked as she lifted one leg of her pants to show some skin.

And in that cheeky way, White still seemed to be able to leave Carson a little “shook,” too.