In a feat of magic, Sydney’s Belvoir St Theatre has walked away with a trolley-load of gongs at the first ceremony for the 2018 Helpmann Awards, beating the theatre event of the year, Harry Potter and the Cursed Child, in a number of categories.

Mid-weight theatre company Belvoir took home four Helpmanns for Counting and Cracking and two for Barbara and the Camp Dogs, both co-productions with Co-Curious and Vicki Gordon Music Productions, respectively. 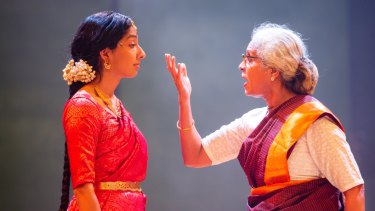 Off to a cracking start: Belvoir’s Counting and Cracking.Credit:Brett Boardman 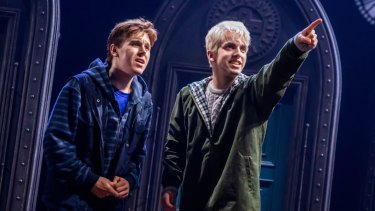 William McKenna, right, with Sean Rees-Wemyss in Harry Potter and the Cursed Child.

Opera Australia won two gongs thanks to Francesca Zambello for best direction of a musical (West Side Story on Sydney harbour) and Taryn Fiebig for best supporting female in Metamorphosis.

But both OA and The Magic Flute were pipped in the best musical direction category by small player Pinchgut Opera, for Artaserse (Erin Helyard).

La Mama Theatre’s Liz Jones was awarded the Sue Nattrass award for services to performing arts, having clocked up 40-plus years at the helm of the independent theatre company.

In the end, blockbuster import Harry Potter and the Cursed Child only won one technical award out of four nominations, for best lighting design (Neil Austin). It may still be able to redeem itself in Monday’s awards night, with nominations for best play, best score (Imogen Heap) and best actress (Paula Arundell as Hermione Granger).

Winners to be announced at Part II of the 2019 Helpmann Awards include best male and female leads, best score, best shows across categories, and the cabaret, classical and contemporary music categories.