‘Great tip, but ouch!’ Beauty blogger reveals how to make wax strips using cornflour, sugar, egg whites, tissue, and a HAIR DRYER – but Instagram can’t get over how painful it looks

Instagram user @beautynmalia has posted a video to her 108,000 followers showing how to remove body hair using common household ingredients.

The video, which is captioned ‘Natural Hair Removal and Reduction’, has received almost 180,000 views and more than 100 comments, some of which are from users who don’t understand why she won’t just use regular wax. 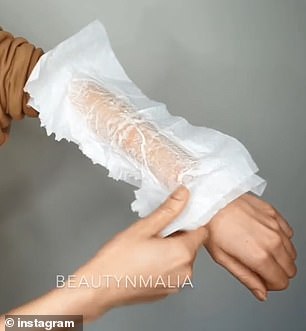 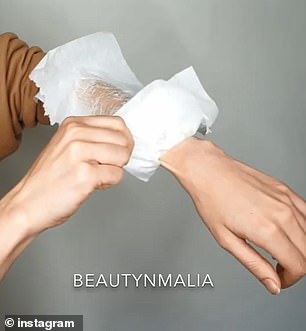 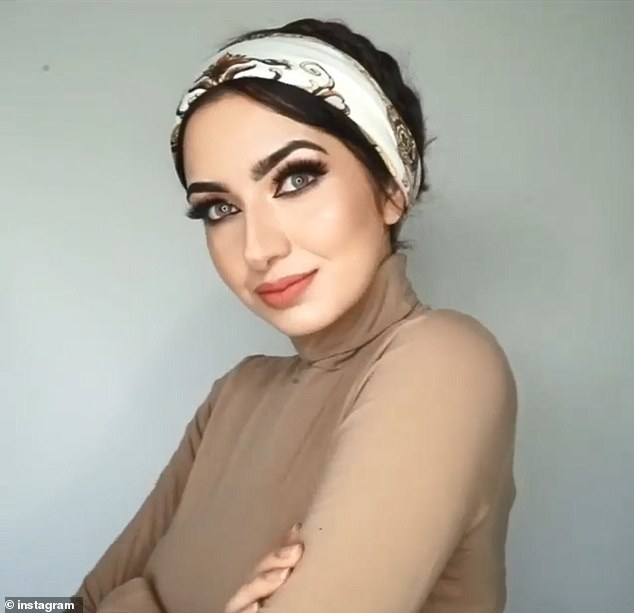 The beauty guru broke down the DIY tutorial into various steps as she showed her followers how she naturally removes hair from her arm.

Firstly, she separated an egg, and added only the egg whites to a bowl.

Next, she added a teaspoon of cornflour and one teaspoon of sugar and mixed the ingredients together.

When the mixture was complete, Malia used what looks like a foundation brush to apply a wash of the mix along her arm.

She then pressed a strip of tissue paper, which she says she got in IKEA, onto her arm.

After layering another sheet of tissue paper on her arm, which she recommends doing if you have strong, course hair, she brushed some more of the mixture over the top of the paper.

She then used a hairdryer to dry the mixture and the tissue paper.

Finally, when the mixture had tried, she began peeling the paper from her arm, and thus removing pieces of her arm-hair. 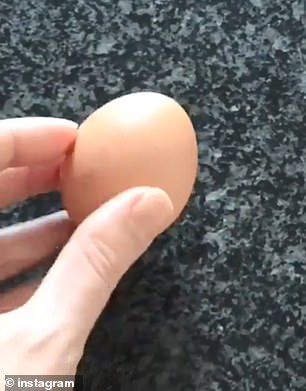 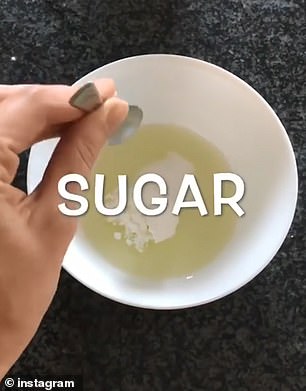 Au natural! The beauty guru combined egg whites and a teaspoon of sugar in her first step of making the wax-like paste 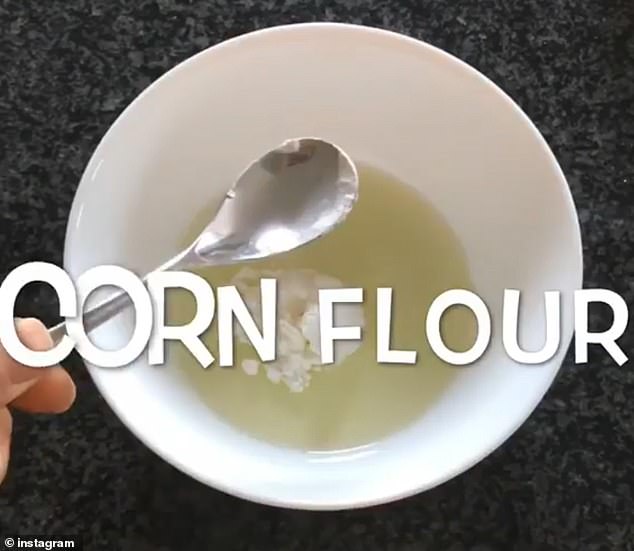 Step two! Malia then added a teaspoon of cornflour to the mixture before mixing all three ingredients together in a bowl

And, despite the fact that the Instagrammer showed followers the hair that had successfully been removed with her all-natural method, she received many comments from people who were concerned with her method of hair removal method.

One user commented on the video saying: ‘Honey… Go buy waxing strips from the pharmacy.

‘It would be better cuz you don’t ruin a good brush with the smell and it would be faster than waiting for this to dry. Besides. The smell it would leave on your skin and the inside of your house. JUST SAYING.’

Another Instagram user wrote: ‘Dang this looks more painful than any waxing I’ve ever seen.’

‘No this is not good,’ added another baffled viewer.

However, other users thought Malia’s idea was clever, with one user even saying: ‘How do you come up with this stuff?! Amazing.’ 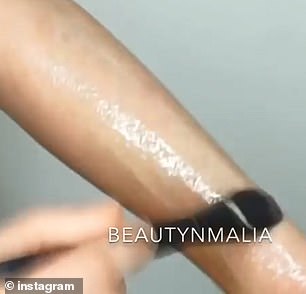 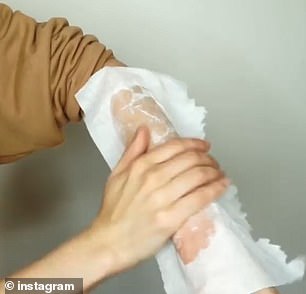 Final steps: When the mixture was ready, Malia applied a wash of it to the section of her arm that she intended to remove hair from before pressing a sheet of tissue paper to the area 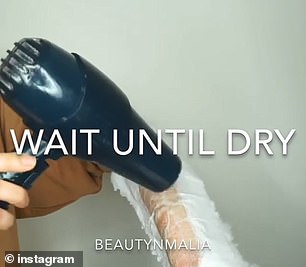 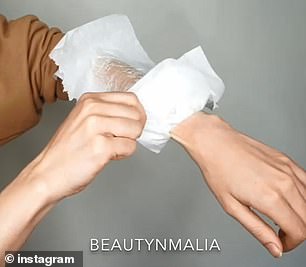 The moment of truth: After drying the mixture and the tissue on her arm, Malia tugged at the tissue before pulling it from her arm, removing hairs from her arm in the process 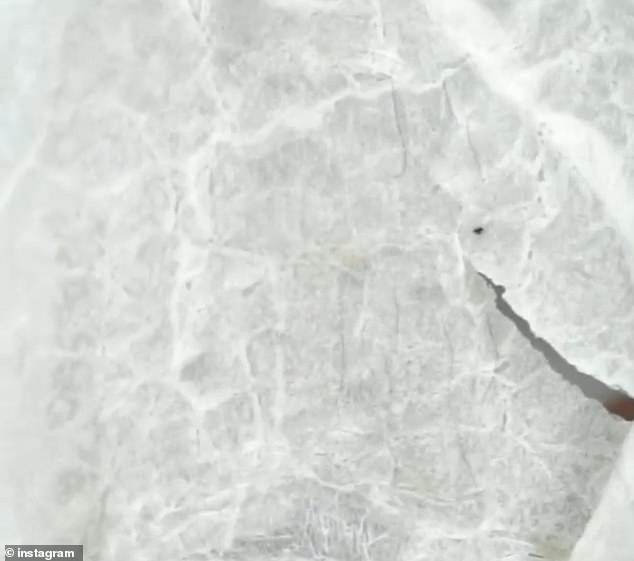 Results: The beauty guru proudly showed off the tissue paper with all her arm hairs stuck to it

Another said: ‘Great tip! But ouch.’

A different Instagram user wrote: ‘It works for blackheads and whiteheads also, easy and effective DIY.’

‘I can feel the pain,’ commented another user.

The Instagrammer is no stranger to sharing DIY tutorial and beauty hacks with her followers.

She previously created a tutorial that saw her turn her eyebrows into what looked like french braids, and also regularly shares hair and makeup tutorials.

To achieve the festive look, she painted a number of bobby pins with sparkling gold nail polish before allowing them to dry, and eventually adding them to a fishtail braid she had created.