From Schrodinger to Sherlock Bones and Cher to Little Mix, Battersea Dogs & Cats reveal the VERY unusual names they came across last year – and the pets who are still looking for a home

You’ve almost certainly met a few felines named Simba in your lifetime, or a black and white dog named Oreo or Spot.

They include a cat called Schrodinger, named after the famous thought experiment by Erwin Schrödinger, and a greyhound called Sherlock Bones.

Battersea’s Centre Manager Steve Craddock said: ‘Here at Battersea we care for dogs and cats of all ages, shapes and sizes and every single one of them has their own unique personality and in some cases, even a unique name.

‘Regardless of what they’re called, all of our animals deserve a second chance and we hope that anyone thinking about adding a new four-legged member to the family considers adopting a rescue from Battersea.’

Here, the animal shelter reveals some of the strangest names of 2018 – and introduce you to the lovable pets still looking for a home… 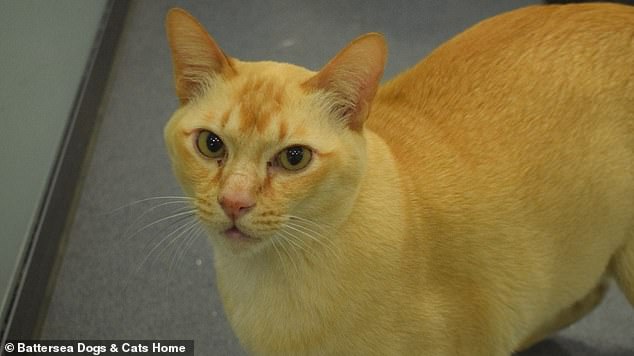 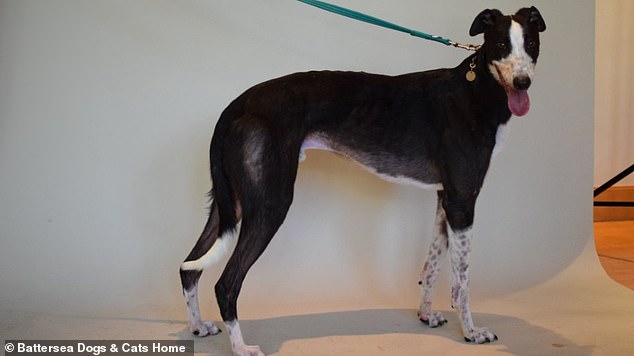 Sherlock Bones the Greyhound dog probably isn’t a detective, but he almost certainly can track down a bone or a toy 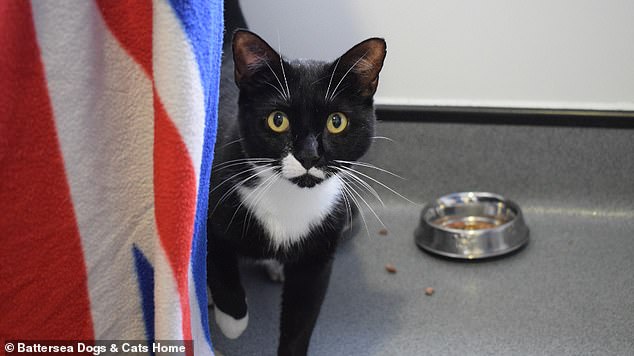 This black and white moggy called Catrick Swayze doesn’t quite look like his name sake, but the domestic shorthair is just as cute 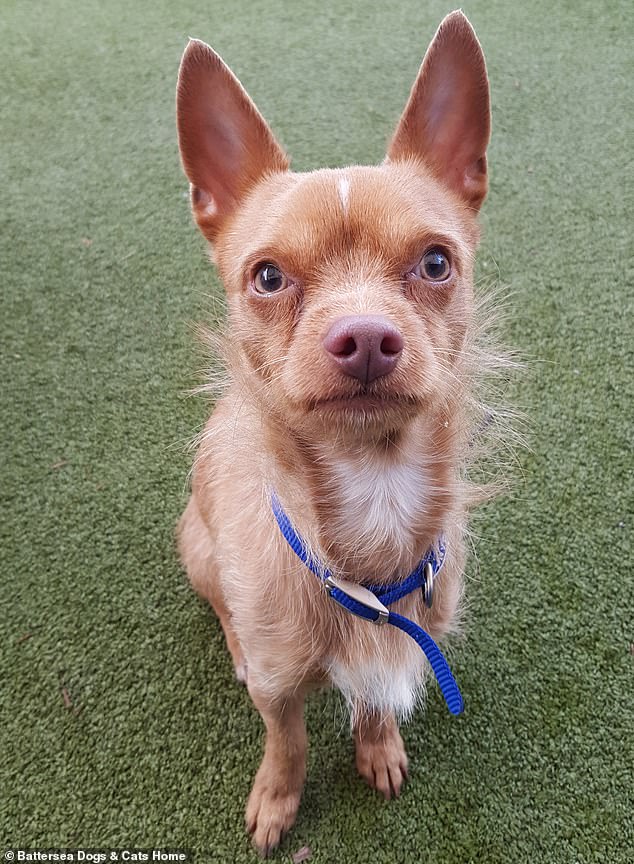 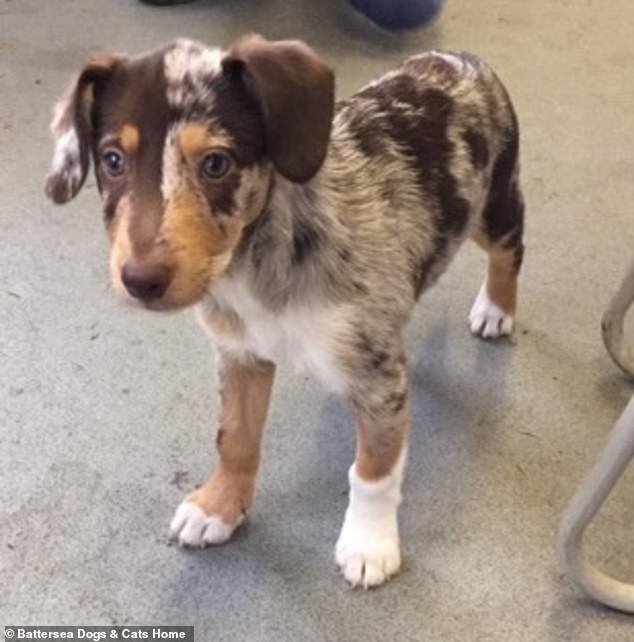 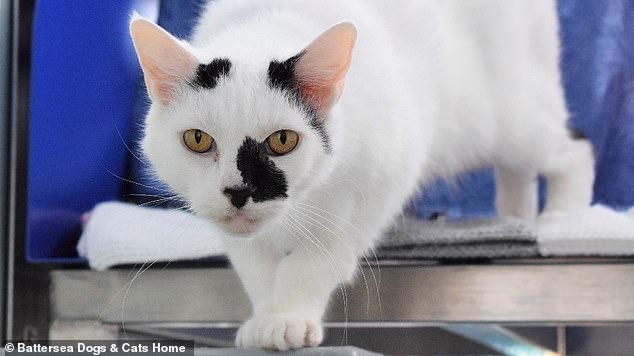 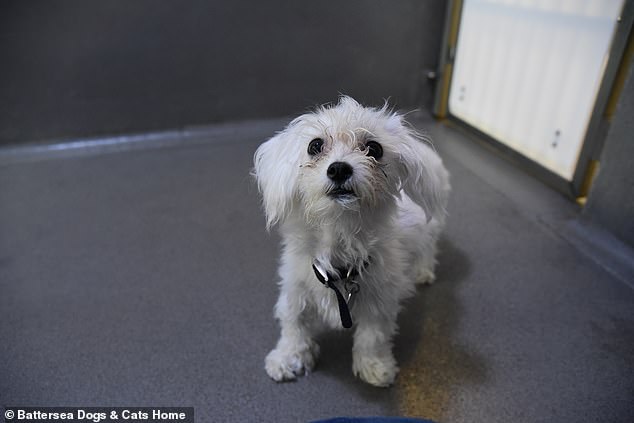 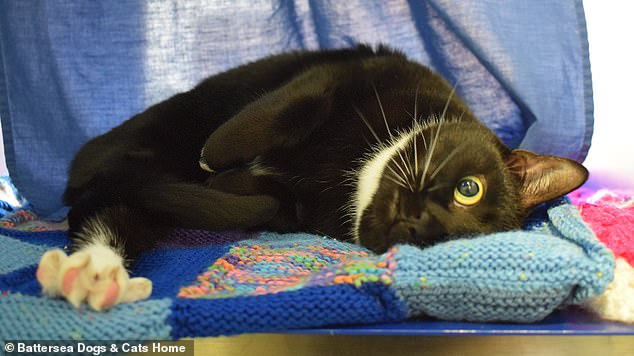 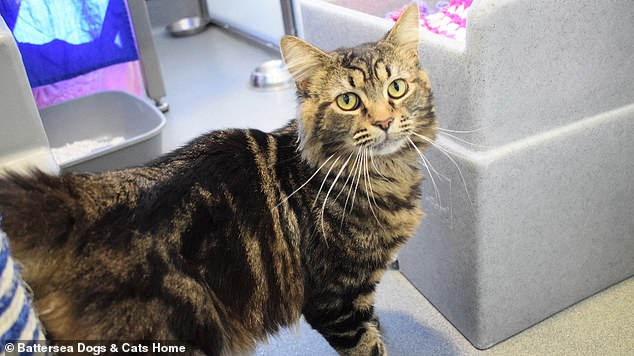 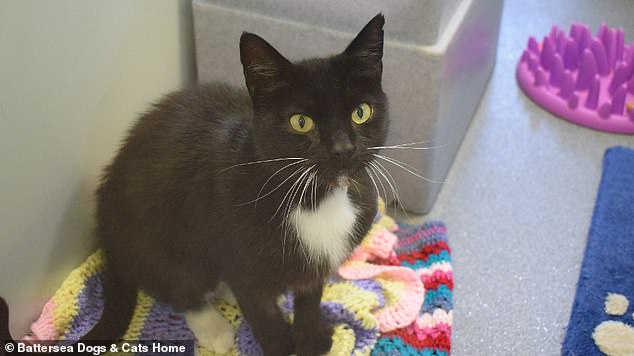 And the dogs and cats looking for a new home right now. . .

Scooby is a larger than life dog with a heart of gold. He loves being close to his favourite humans and seems to enjoy the company of other dogs, but still needs to learn some manners around them so should be the only dog in the home for the time being, but would love some doggy friends over the park to help teach him the ropes.

He is a different dog once bonded, going from a little untrusting, to best friends for life, in a short space of time. 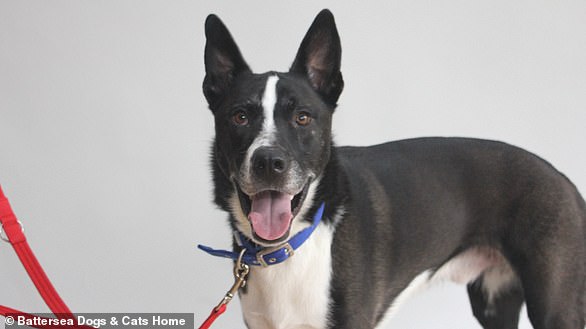 Scooby may need training in a few areas, but with his love of pleasing his carers this should be a doddle if you’re committed to his training. He aims to please.

Scooby is looking for a home where his owners are confident with his large size, able to give him lots of time to settle and build strong bonds, and understand that it will take some time before he’s happy to be left alone.

In reward for giving Scooby a second a chance you will find the most loyal and loving companion you could have ever wished for.

Aidan is a lovely gentle boy, he likes a cuddle and loves just about everybody. He likes to be covered up with a fleece blanket, enjoys his walks and pottering in the garden. He likes to carry his favourite toy around and has insisted he is re-homed with it!

Aidan is spending time in a foster home and has been fully house trained. Whilst it took him a bit of time, now that he is settled in his foster home Aidan is quite comfortable to be left alone for an hour or two. 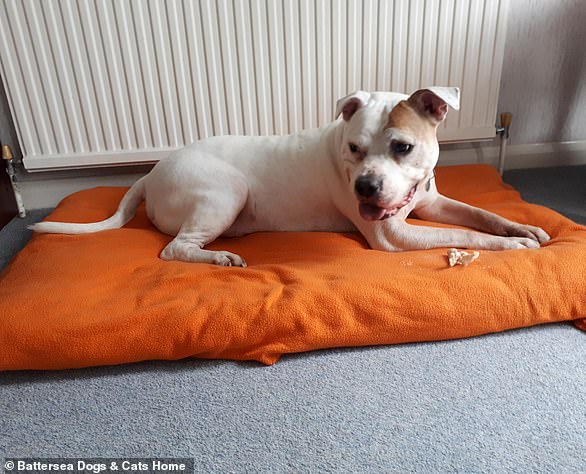 With other dogs, Aidan likes to keep himself to himself on walks and enjoys exploring in the leaves and grass with his nose.

Aidan is a very clever dog and has some lovely training in place – getting him to use his brain to learn new things really helps to settle this lovely boy.

He’s a very expressive dog and pulls a very comical wrinkly face when he is enjoying having his neck scratched.

Twizzle was found sloping through the grim streets of wintery London, homeless and very hungry. He has come far since he first arrived at Battersea and has made lots of friends with his playful and affectionate nature.

Twizzle is a proper lap cat and has a wonderful personality that he is just waiting to show off to his new owners and wants to make friends for life. 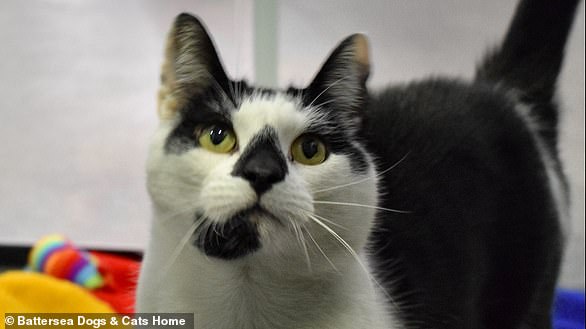 Twizzle the domestic shorthair was found on the streets, but he loves sitting in people’s laps and wants to make friends for life

Battersea screens all cats for the Feline Immunodeficiency Virus (FIV) and Twizzle has tested positive. FIV is a slow-acting virus and most cats live long, happy and healthy lives.

However, in order to protect other cats and to preserve the health of the carrier, Battersea rehomes FIV+ cats to homes with cat proof gardens.

Fantastic Felix is a gorgeous boy who is on the lookout for his new home! Felix can be a bit nervous, so he’s hoping to find a quieter home with owners who will understand him and let him take things at his own pace.

Once he feels comfortable, Felix has so much love to give! He has a great purr and he loves to have attention and fuss. 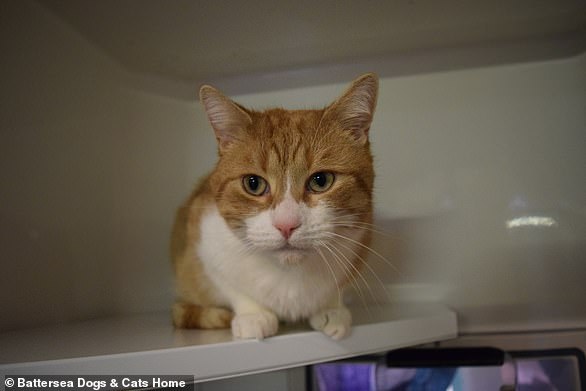 Felix the domestic shorthair has a great purr and loves to have attention and fuss, but he’s looking for a quieter home with owners who will let him take things at his own pace

Ruby is a sweet, gentle cat who is looking for a settled home that she can call her own. Once she gets to know you she is very affectionate and enjoys having gentle head strokes and rubs.

Ruby will need a garden to explore once settled in her new home. 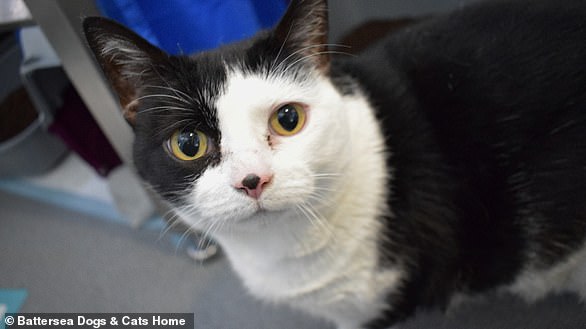 Ruby the domestic shorthair is an affectionate cat who loves gentle head strokes and rubs. She’s looking for a home with a garden to go exploring in