Couples that run together, stay together.

Adams, 30, whose engagement to Clark, 36, was revealed in the December finale of “The Bachelorette,” crossed the finished line while her future hubby documented the efforts on his phone.

“I can’t feel my face when I’m with you🎶🥰… but for real it’s too cold pls send help!!” Adams quipped post-race on Instagram. 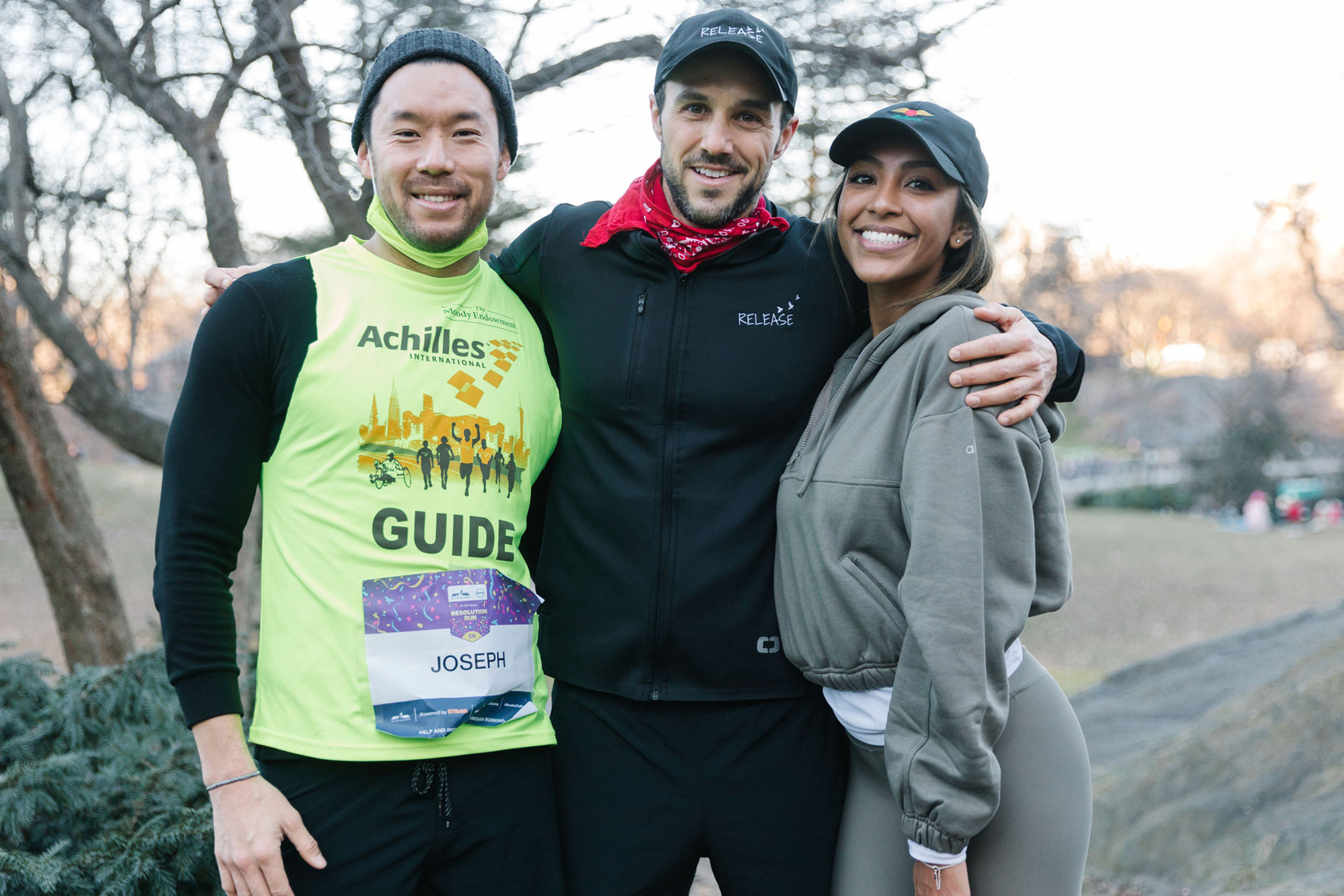 “Had so much fun doing the @nyrr charity resolution run today with such great people. Guess it’s officially time to get back into running! First run in the city in the books!” she continued.

Clark, a New Jersey-bred addiction specialist, participated in hopes of raising awareness for his non-profit, Release Recovery, which assists those in recovery.

Adams and Clark weren’t the only members of Bachelor Nation in attendance on Sunday. Former contestant Joe Park, who also appeared on Adams’ season, took part in the race as well.