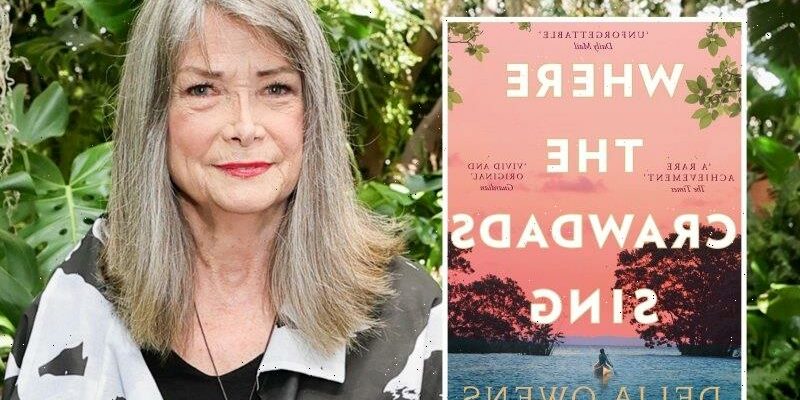 As far as cliches go, “truth is stranger than fiction” is right up there. But when it comes to the case of Delia Owens, author of the hugely popular book Where the Crawdads Sing, it feels somewhat fitting.

Owens’ book, which sees a young girl swept up in a mysterious murder, sold 12 million copies and has recently been adapted into a feature film produced by Reese Witherspoon. 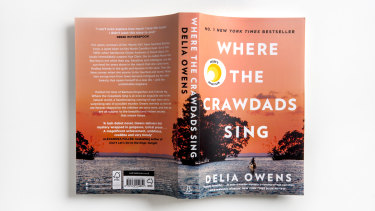 Delia Owens book Where The Crawdads Sing was a bestseller, but now the author is reportedly sought for questioning in relation to a suspected fatality in the south of Africa from almost three decades ago.

The movie, which will be released in Australia next week, has all the hallmarks of a box office success. Everyone’s favourite it girl, Daisy Edgar-Jones (from Normal People), plays the lead and everyone’s second favourite it girl, Taylor Swift, penned an original song for the soundtrack.

But just as Owens should be basking in professional glory, it has been revealed that the author is wanted in Zambia for questioning over the murder of an alleged poacher.

Turns out the truth is stranger than fiction. Let’s unpack. 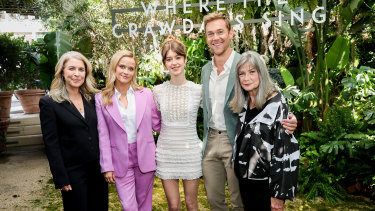 Before she topped The New York Times bestseller list with Where the Crawdads Sing, Owens was a zoologist and conservationist. Owens and her husband Mark moved to Africa in the mid-1970s. Their time there inspired Owens’ first bestseller, 1984’s Cry of the Kalahari, which recounted their experiences as lion conservationists in Botswana.

By the 1990s, they had shifted their focus to battling poachers in Zambia’s North Luangwa National Park, as detailed in Owens’ second book, The Eye of the Elephant, released in 1992.

In 1996 the married couple, along with Mark’s adult son Christopher, was featured in the BBC documentary Deadly Game: The Mark and Delia Owens Story, which spotlights their war against poachers in Zambia. At the time, the Owens family had developed a reputation as ruthless outsiders prepared to go above and beyond to stop poachers. 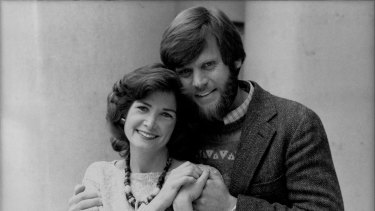 Where does the murder come into it?

Bizarrely, the documentary included a scene that depicts, according to Jeffrey Goldberg writing in The Atlantic, “the filmed murder of an alleged poacher, executed while lying collapsed on the ground after having already been shot.”

Goldberg has been following the Owens case since the beginning, and his 2010 story in The New Yorker revealed that the couple – along with Mark’s son Christopher – were suspected by Zambian authorities of being involved in the killing. Goldberg spoke with ABC cameraman Chris Everson, who filmed the killing and alleged that Christopher Owens fired the fatal shots.

“It’s a very complicated story; it was a very emotional thing, it was a very bad thing,” Everson said. “It’s something that never should have happened.”

The Zambian national police launched an investigation but the body of the executed poacher was never found. The former Zambian national police commissioner, Graphael Musamba, explained to The New Yorker, “The bush is the perfect place to commit murder. We have this all the time in the Northern Province. The animals eat the evidence.”

Shortly after the killing, Mark, Delia and Christopher Owens returned home to America.

So, why is it back in the news?

Where the Crawdads Sing is set to be one of the biggest films of the year and it has brought a fresh lens to both Owens and the contents of her novel.

Where the Crawdads Sing follows the story of Kya, a young woman accused of murder. The parallels between Owens’ alleged real-life experiences and Kya’s persecution on the page have raised eyebrows. Then add the hype that comes with releasing a feature film produced by Reese Witherspoon, starring Daisy Edgar-Jones and soundtracked by Taylor Swift.

Given Swift is one of pop music’s most polarising figures, her involvement with the film and outspoken admiration for Owens was perfect fodder for online critics.

It’s hard to say, but in The Atlantic piece Goldberg spoke to Zambia’s director of public prosecutions, Lillian Shawa-Siyuni, who confirmed that Mark, Delia, and Christopher Owens are still wanted for questioning. 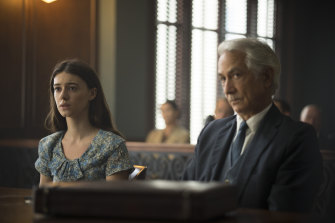 Edgar-Jones and David Strathairn in a scene from Where the Crawdads Sing.Credit:Michele K. Short/Sony Pictures

“There is no statute of limitations on murder in Zambia,” Siyuni told Goldberg. “They are all wanted for questioning in this case, including Delia Owens.”

The Owens family deny any allegations that they were involved with the murder. In comments provided to Goldberg for The New Yorker investigation, Delia maintained she didn’t “know anything” about the killing of a suspected poacher and that her stepson Christopher “wasn’t there”.

Currently, there is no extradition agreement between the United States and Zambia.

Has anyone from the film made a public comment?

Where the Crawdads Sing is being distributed by Sony, but the company has yet to comment on the allegations. Time magazine reported that an interview with Owens, Witherspoon, and star Daisy Edgar-Jones was cancelled after they spoke to Crawdads screenwriter Lucy Alibar and asked questions about Owens and the controversy.