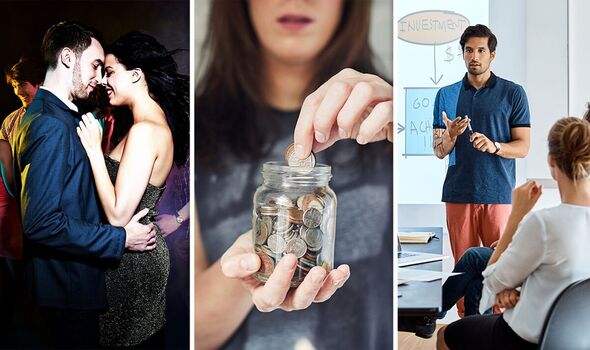 2023 brings fresh opportunities, possibilities and perspective. For anyone wondering what the New Year has in store for their star sign, Express.co.uk spoke to Inbaal Honigman, celebrity psychic and astrologer. Here is each star signs horoscope summary for the next 265 days.

Love – Various admirers try to get close to you from the start of the year until 24 March. Playful sign Gemini playing host to your ruling planet Mars, and so you’re magnetic to many. Maybe too many!”
Money – From the start of the year  until 16 May, you’re very lucky when it comes to money. Bosses and relatives are all generous with you, as the planet Jupiter, which rules luck and wealth, is in your sign.
Career – The summer is a great season for your career, as some good meetings and interviews take place and favour you above any competition. Your ruling planet Mars is in clever and organised sign Virgo from 9 July till 27 August, so this is the time that you can charm the birds from the trees.

Love – You are ruled, every day of the year, by love planet Venus, so any life changes for you are always connected with love. Between 23 July and 4 September, Venus is in retrograde, which means you feel insecure with your love life and even a little suspicious of your partner.
Money – Taureans love the good life and enjoy spending their hard-earned cash on themselves. With your ruling planet in Leo, from 5 June to 8 October, you’ll find that money just comes to you – from scratch-cards to radio phone-in opportunities, you’re one lucky bull.
Career – There’s some office hassle which makes things hard for you, as luck planet Jupiter goes retrograde in your sign from 4 September to the end of the year. Make a plan to write every chore and bill down, so if you’re wrongfully accused of making a mistake, you can show clear honest proof, that you were in the right all along.

Love – You’ll be happy to know that the planet of love, known as Venus, is in your sign from 10 April to 7 May. This means you’ll be popular with admirers and you’ll find yourself on coffee dates and holding hands most days.
Money – Your ruling planet is Mercury, and this year it goes retrograde four times, which means things go a little upside down for you during those dates: start of the year till 18/1, 21/4-14/5, 23/8-14/9 and finally 13/12 till the end of the year. For almost all of those dates, Mercury is inside Earth signs which are linked with money, so don’t gamble or buy anything from unreliable sources on those dates.
Career – There’s some good news around your career between 10-26 of June. The planet Mercury is a big player with career issues because it rules communication, emails, job interviews and the way you come across when you give a talk to your team. This planet is in your sign during those dates, so that’s the perfect time for you to shine.

Love – Thanks to a visit from Venus, the planet of love and the home, you will be enjoying lots of romantic dates between 7 May and 5 June. Springtime brings the opportunity for lots of indoor and outdoor intimate fun and frolics.
Money – You are ruled by the Moon, Cancer. So, when the moon is full, in the sign of Taurus, which is a sign that is comfortable around wealth, you can expect good luck around your finances.
Career – You’re looking at some summer success, as Mercury, planet of communications and contracts pops up in your sign between 26 June and 10 July. This would be a great time to renegotiate your terms and conditions around all things business.

Love – The ups and downs with your love life in 2023 are spectacular! You’ve got Venus, the planet of love in your sign from 5 June to 8 October, so a big portion of your year is devoted to love and your efforts will bear fruits. However, between 23 July and 4 September, Venus is in retrograde, so there will be misunderstandings and lovers’ tiffs galore.
Money – As a proud and bright Leo, you are ruled by the Sun, and the Sun is in business-minded Capricorn twice this year, like every year. So, between the start of the year and until 19 Jan, you’ll have investment opportunities offered to you and gifts given, and the same again from 22 December and to the end of the year.
Career – You’ve got a short but potent burst of help from Mercury, planet of communication. It is in your sign from 10 July to 28 July. As it is a planet that’s linked with writing, you’ll receive an offer of blogging or promoting a product.

Love – During the Mercury retrograde in Virgo, starting 23 August, you’ll have some exes crawling out of the woodwork, so be prepared with a stiff ‘no’, as they’ll vanish when the retrograde is over, by 4 September.
Money – You’re usually very neat and organised with money, as well as with everything else, so you rarely need financial advice. In 2023, however, do your best to stick to predictable ways of making money. This isn’t the year for gambling or investments. Your ruling planet Mercury goes through four retrogrades, which are periods of unreliable communication, and all of them are in Earth signs (almost) so they all impact wealth.
Career – Be prepared for confusing times between 23 August and 4 September, when Mercury is retrograde in your sign. Mercury is the planet of communication, and also your ruler, and when it goes retrograde, it creates misunderstandings and mishaps around office jobs. Filing, phones and paperwork will be in trouble.

Love – You love to love, Libra, and your whole existence is about love. Your ruling planet is Venus, planet of love, which you share with quiet sign Taurus, so you’re the hell-raiser of the two, but you raise hell in a very sensitive, calm way.
Money – We all get to experience a Solar eclipse on 14 October, but as the eclipse happens in Libra, during Libra season, while the Sun as well as the New Moon are in Libra, you’ll feel its impact the strongest. If you wish for financial miracles, they may well come true, during the eclipse.
Career – The Solar eclipse is also a fantastic time to think of the big changes you want from life, and if a new direction is needed with your career, waste no time and apply for the next job on October 14.

Love – You have a magnetism about you, Scorpio, which makes you attractive to anyone who likes unique souls, who dance to the beat of their own drum. The Penumbral Lunar eclipse on 5 May, at the time of the Scorpio full moon, is the right time to make your love wishes for the year ahead.
Money – Your Lunar eclipse takes place during Taurus season, so the moon is in Scorpio and the Sun is in Taurus on 5 May. Taurus is a sign who is very clever with money, so any advice you receive that week is likely to benefit you.
Career – If you fancy trying out for a new job, grab an interview opportunity between 21 October and 9 November. This is when Mercury, planet of communication and contracts is in your own sign, so anything you say will be well received.

Love – Your ruling planet is fun and fiery Jupiter, and it’s in similarly fiery sign Aries from the start of the year until 16 May. Your free spirit will draw the right partner towards you, and they’ll be just as wild as you are, perhaps even an Aries.
Money – From 4 September until the end of the year, your ruling planet Jupiter is going retrograde in your sign. This isn’t the best, as it means you will encounter secrets and lies around money. Be very careful and very transparent about your financial situation.
Career –  There are some nice news around your career life, as you’ve been working hard under the surface, but you’ve wondered whether anyone had noticed. Well, they have, and from 16 May until 4 September, your planet Jupiter is going direct in steadfast Taurus. You will receive handsome rewards for all your efforts.

Love – The stress of trying to speak to your loved one in a way that is well received, is not an easy one, Capricorn. This year, you have two Mercury retrogrades in your sign, which is a lot. It means that, when you want to say what you mean, it’s taken the wrong way, which can mix up your romantic life a lot. From the start of the year till 18 January, then again from 13 to 22 of December, communicate with your loved ones slowly and patiently.
Money – You’re naturally good when it comes to savings, but this double Mercury in retrograde causes you to lose sight of your exact economic situation, so double check all your spreadsheets.
Career – You strongly feel that it is time for a change from 23 March, you feel like something is missing and you fancy a new direction with your career. This is when Pluto, planet of rebirth leaves your sign, but it soon returns on 11 June.

Love – Venus, planet of love and beauty, is in Aquarius for a short but potent period. From 2 January till 26 January, you’ll receive a lot of attention and a lot of affection. Drinks, flowers, jewellery, you’ll be adored.
Money – As an exceedingly charitable sign, you’re not exactly materialistic. When Pluto enters Aquarius in 2023, for the first time in over 200 years, it gives you the opportunity to make changes and win big, and you spend your winnings on those who need them more than you. From 23 March till 11 June, you bestow your luck unto others.
Career – A new contract or a new business idea comes when Mercury, planet of communication and job interviews, spends a little while in your sign, between 10 February and 2 March. If you feel like starting up something new in the business arena, go right ahead.

Love – You’re a lovebug and love the feeling of being in love, Pisces. The period of Venus, the love planet passing through your sign is the best time for romance, from 26 January till 19 February. It’s immediately followed by Pisces season, so it’s fair to say that almost the entire first quarter of 2023 showers you with intimacy.
Money –  From 7 March and for the rest of the year, you’ll find Saturn in your sign. This is a slow-moving planet that gets to know the signs intimately as it spends many months in each one. There are no get-rich-quick schemes when this planet is in charge, but all your hard work will bear fruits.
Career – Saturn, planet of karma is retrograde in your sign from 18 June to 4 November, so don’t make any sudden movements. The team leader who’s sabotaging your promotion will quit. The office gossip will go on maternity leave. You won’t need to lift a finger, as the universe will tidy the playing field for you.”