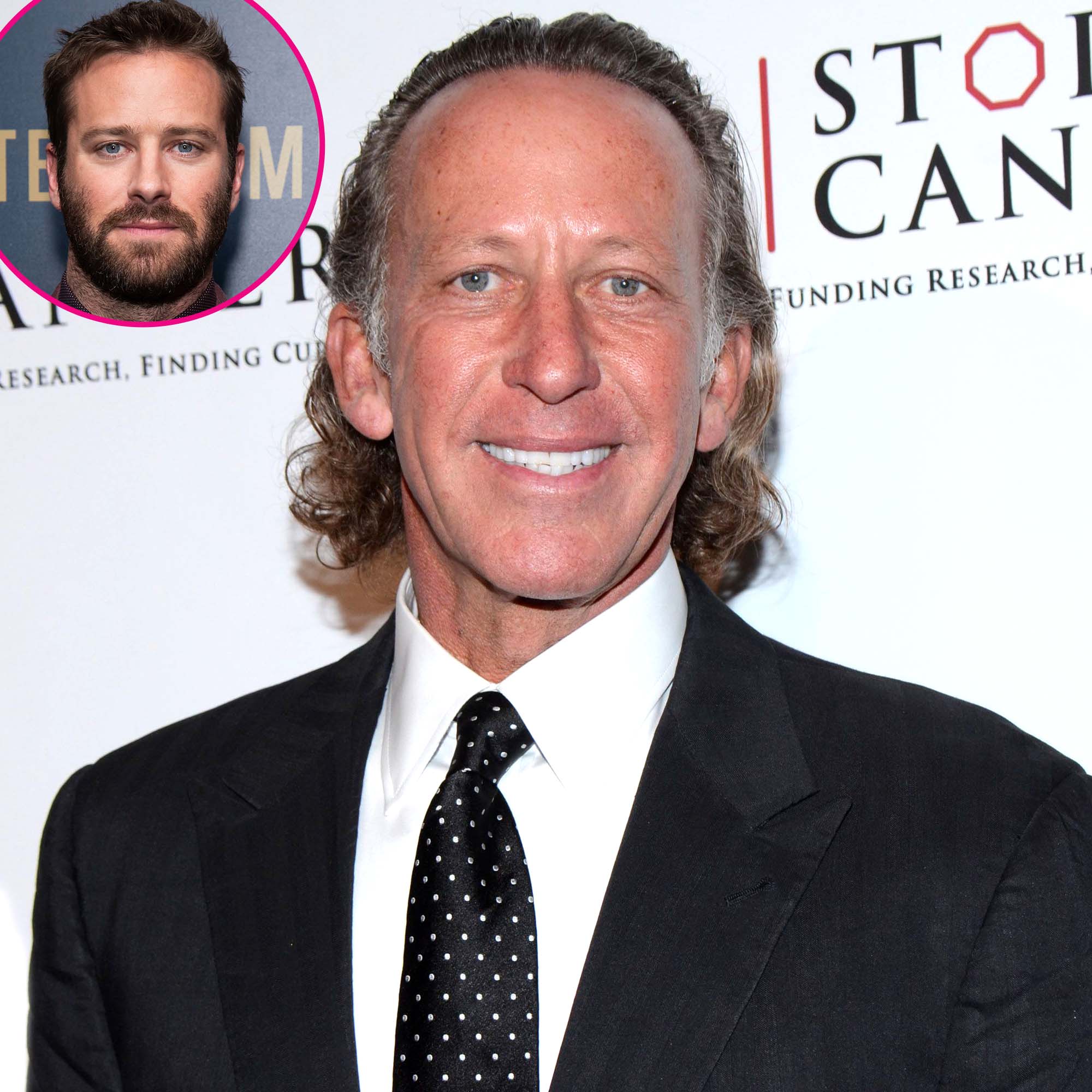 The businessman died after a long battle with cancer, multiple reports stated on Tuesday, November 22. TMZ, which was first to report the news, stated that Michael died on Sunday, November 20.

Michael was the father of Armie, 36, as well as son Viktor, 34, whom he shared with ex-wife Dru Ann Mobley. He was married to wife Misty Millward at the time of his death.

The controversial Hammer family made headlines earlier this year with the September release of House of Hammer — a docuseries that focused on many of the family’s alleged crimes, as well as Armie’s own scandal.

The Call Me By Your Name actor was accused of both sexual assault and sending disturbing DMs to several women online that were allegedly sexual and cannibalistic in nature. Armie, for his part, called the DM claims “bulls—t” in a statement to TMZ in January 2021. Two months later, he denied raping a woman named Effie, who came forward to allege that the actor “abused me mentally, emotionally and sexually.”

Armie’s aunt Casey Hammer — Michael’s sister — exclusively told Us Weekly in September that she “was not surprised or shocked” about the allegations against her nephew.” She continued: “Based on how I grew up, I was exposed to horrific crimes and experiences that were covered up because it was behind closed doors and we couldn’t talk about it.”

Armie Hammer’s Most Controversial Moments Over the Years

Casey further shared her thoughts about the scandal with Us, adding, “I thought, ‘Oh, here we go. Another Hammer man.’ What upset me was the fact that they were focusing on Armie and cannibalism and his career. [But] what about the victims that he’s left in his path?” she questioned. “Whether it’s physical, mental or any kind of abuse, it takes a toll on you. And you need to know that there’s others out there like you who are experiencing the same thing, and there is hope.”

The Hammer family’s scandals that were explored in the Discovery+ docuseries included Michael and Casey’s father Julian Hammer’s 1955 alleged murder of a man. The charges, however, were dropped, allegedly because Armand — Julian’s father — bribed a lawyer with $50,000, according to journalist Edward Epstein.