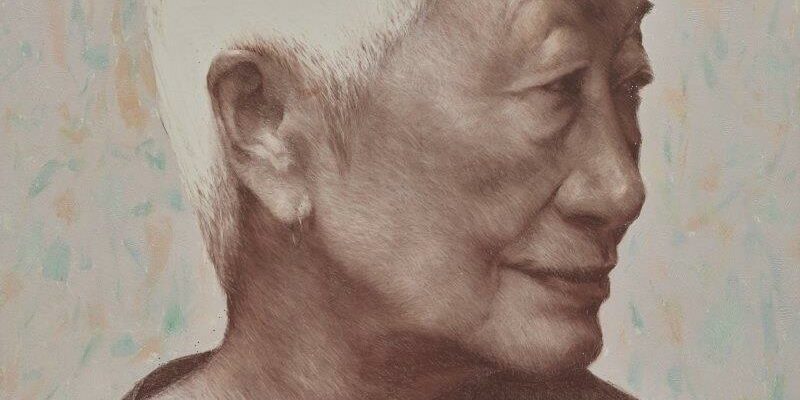 It’s now history that Peter Wegner has won the centenary Archibald Prize with a portrait of centenarian artist, Guy Warren. Wegner wasn’t the only one to have that idea – by Guy’s reckoning, he sat for “four or five” portraits in the lead-up to this year’s prizes, but there’s little doubt the Archibald winner was the best of the lot. 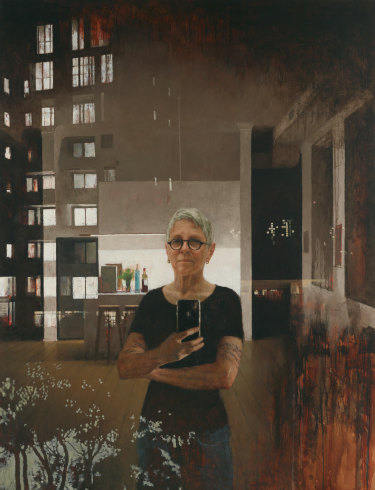 Jude Rae’s self-portrait titled Inside Out was highly commended.Credit:Felicity Jenkins

Indeed, it was such a clear-cut victory that Art Gallery of NSW Director Michael Brand and head of trustees David Gonski felt they had to thrill us with statistics establishing that this year’s Archibald exhibition contained equal numbers of male and female artists, and that indigenous entries were at an all-time high.

I don’t have a problem with either of these benchmarks, only with the conspicuous virtue signalling. Start boasting about how caring and inclusive you are and there’s no end to it. Doesn’t a 50/50 split between male and female artists discriminate against non-binaries?

Awarding an art prize is not a science, as it’s impossible for any judge to lay aside all of his or her cultural baggage. Yet to start anatomising the entries in terms of gender and race is to undermine the perception of an objectivity that should be enshrined as a sacred principle, albeit unachievable in practice. My advice would be to leave it to the thought police to tot up the number of males and females or the range of ethnicities, and simply say: “We chose what we believed were the very best works.” 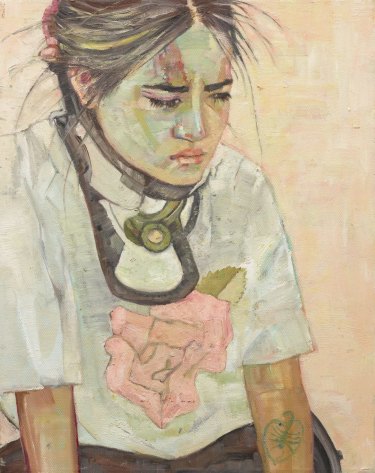 Pat Hoffie was highly commended for her portrait of her daughter Visaya in a c-collar.Credit:Mim Stirling

In line with their habits of recent years, the trustees nominated two “highly commendeds”. The first was Jude Rae’s Inside Out, a tricky self-portrait in which the artist stands in her apartment holding a phone with which she appears to be taking a selfie. It’s hard to know whether we are looking at the artist from the other side of her window, or at a painting of the selfie.

Rae’s style might be described as realism with a twist. Although she works with great precision, she invariably adds some element that disturbs the near-photographic image, reminding us we’re not looking through a window on to the world but at a hand-made artefact. In this case, it’s the play of reflections on the window that provides that extra dimension. The work is rather less successful as a portrait. Looking at Wegner’s winning entry, we get a strong sense of Guy Warren’s personality – in his eyes, face and body language, but Rae’s self-portrait gives nothing away. She stands upright with folded arms, a calm expression and in a basic black T-shirt. The device of the reflective window may appear to offer some insight but in this instance, it serves as a barrier against the world.

The trustees’ second runner-up was Pat Hoffie’s Visaya in a c-collar, a small portrait of the artist’s daughter who has been through a year of horror, after a life-threatening accident in New York and the complications that ensued. Hoffie’s modestly scaled portrait is touching because Visaya’s story is so terrible and her resilience so remarkable. Beyond remarkable, in fact. Would the painting have the same impact on viewers who know nothing about Visaya’s ordeal? By singling out this picture, the trustees have revealed they’re only human. 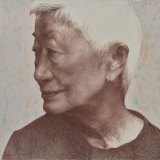 The 2021 Archibald is one of those Goldilocks events in which most works are not too bad and not too good. I’m inclined to focus on the former rather than the latter. Dagmar Cyrulla has captured Wendy Sharpe with greater accuracy than Wendy has ever managed in one of her numerous self-portraits, which favour a more theatrical approach. Like Jude Rae, Cyrulla is fundamentally a realist, but this work is smaller and looser, and perhaps more appealing. It’s a curious case of the sitter’s own artistic style exerting an influence on the portraitist.

For razor-sharp accuracy, look no further than Jonathan Dalton, whose Ramesh and the artist Ramesh transforms Ramesh Mario Nithiyendran into identical twins. It’s an alarming thought, as there’s a significant body of opinion that one Ramesh is more than enough. Dalton’s double portrait serves as a wry reflection on the way an artist will suddenly become so popular they seem to be everywhere at once. Now we know how Ramesh achieved this feat – he’s been cloned. 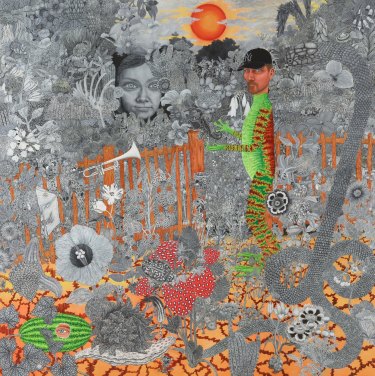 When it comes to sheer skill, I doubt anyone can match Hong Fu, whose portrait of Mabel Lee is an excellent likeness in a subtle blend of oil and pastel. Even those who don’t know Mabel should be able to see that here is a woman who is good-natured and a little sardonic, with a personality that has refused to age. Fu provides all this useful information in the most economical manner. 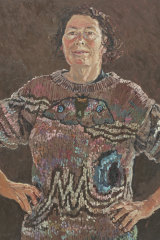 The painting that’s grown on me: Lucy Culliton’s Self (bogong moth jumper).Credit:Jenni Carter

Another Chinese artist, Liu Dapeng, created a double image of Joanna Capon – one an accurate likeness, the other a silhouette through which we glimpse a traditional Chinese landscape in shocking pink. It’s Liu’s way of uniting his own artistic preoccupations with Capon’s long-term engagement with China.

I’d recommend a close look at James Morrison’s over-the-top Portrait of Timothy Vernon Moore and Eunice Djerrknu Yunupingu’s Me and my sisters, but as I’ve already written about these works in reviewing the Packers Art Prize, I won’t elaborate further. A painting that’s grown on me is Lucy Culliton’s Self (bogong moth jumper), although it’s the brownest picture I’ve ever seen from this artist. Thankfully, the electric blue touches on the jumper add a bit of spark.

When I looked at Fiona Lowry’s Matthys, a fantasia in pink that shows artist Matthys Gerber at his ablutions, I couldn’t help thinking of the shower scene from Hitchcock’s Psycho. Only this time, it’s Norman Bates washing off the blood. 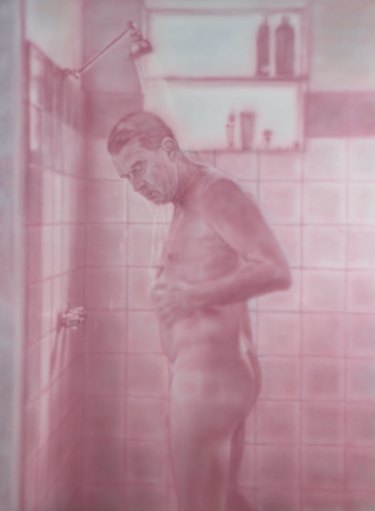 Not quite as unsettling but a real eye-opener for those familiar with Mathew Lynn’s work is Apprentice – self-portrait with Papa K (aka I do see colour). Lynn, who can usually be relied upon to contribute a subdued, tonal painting to the show, has flipped out with a double portrait of himself and a friend from the Congo, Muyambo Isaac Kisimba.

All those carefully modulated browns and greys have been blown away by a lurid, tropical backdrop in red, yellow and purple. Lynn and Kisimba, in sunnies and respective white and blue suits, look almost too cool for the Archibald’s 100th birthday party. I hope it’s a considered change of direction and not a mid-life crisis.

The Archibald Prize 2021 is at the Art Gallery of NSW until September 26.