Trans performers hope the criticism about the casting of actor Hugh Sheridan in a now postponed production of Hedwig and the Angry Inch will mark a significant change in the way the entertainment industry treats gender queer performers.

But the show's creators, cisgender performer John Cameron Mitchell and writer Stephen Trask, have hit back, saying the lead character Hedwig is not trans and the role does not need to be played by a trans person.

Hedwig and the Angry Inch was to be one of the headline acts at this year's Sydney Festival, playing at the Enmore Theatre in January. Sheridan was to star as the titular character in the musical about a young man who has a botched sex change operation in order to get married and then goes on the road as a rock star.

But the show’s producers released a statement on Tuesday saying they had made the "difficult" decision to postpone the show in order to reconsider their casting "in light of recent community conversations and concerns".

"We wish to assure the Trans and LGBTQIA+ community that the issues raised are respected and taken very seriously," the producers said.

In a statement on Wednesday, Mitchell and Task said they did not believe Hedwig was best described as trans and the role should be "open to anyone who can tackle it and, more importantly, anyone who needs it." 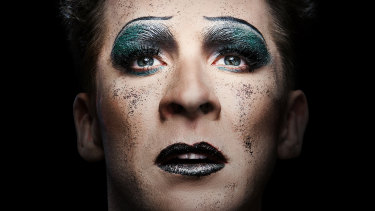 The producers of Hedwig and the Angry Inch have faced criticism for casting Hugh Sheridan in the lead role.

"The character does go on a gender journey, but it is sparked by a coerced, non-consensual surgery. A young fem gay boy is bullied into a gender assignment by his boyfriend and his government in order to preserve the sacred binarchy," the statement said.

"Though we’ve always been so pleased to hear trans folks find resonance in the character’s journey to find his/herself, it’s really through drag and performance that Hedwig does so, creating a persona that is 'more than a woman or a man' and making 'something beautiful and new' out of trauma. Drag is a mask available to all and that's why anyone should be able to play Hedwig."

Drag is a mask available to all and that's why anyone should be able to play Hedwig.

Following the casting announcement last week, trans and non-binary performers, and supporters, had sent an open letter to the show's producers, David M. Hawkins and Sydney Festival, criticising them for casting a cisgender man in a transgender role. Sheridan has not yet publicly commented. In October, he was praised by some fans on social media for revealing that despite having had relationships with men and women over many years, he was unable to find a "label" that he felt "fits me". 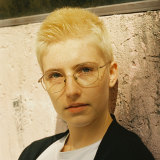 The postponement comes as debates about diverse representation and appropriation reverberate across the arts, including in publishing where there has been intense scrutiny about the ethics of writing about experiences that are not your own.

Daya Czepanski, a non-binary performer, said the decision to cast a non-trans actor as Hedwig was disappointing.

"I have been told as a trans actor … you are a great actor but there aren’t the roles for you right now, people aren’t ready to see you on the stage and screen," Czepanski said.

"To be told that for years, for some people for decades, and then have a company tell a story with a genderqueer narrative and chose to put a cisgender actor as the lead, it throws it back in the face of talented trans actors we have in this country."

Czepanski, who was was one of the drivers behind the letter to the producers, applauded the decision to postpone the production and to open a dialogue with the community but said the conversation should have taken place from the start.

"It is all very well to react to things once they have happened, but we don't just want to react, we want change from the start and have diverse actors in the room from the start so that these decisions don't get made in a void," Czepanski said.

Theatre director Claudia Barrie said producers and directors needed to make more effort to ensure performers from minority communities were chosen to act in those roles on stage.

"You have to look at the BIPOC and queer communities, these are people living in a minority who have been persecuted and alienated and abused and silenced for generations," Barrie said.

"They are there to work, they have the talent, there is no excuse for them not to be playing those roles. It is up to the producers to make the effort and put the resources to find someone who is accurately represented in that role and if you cannot find someone then don't do that show."

Barrie said she had previously engaged advisors to ensure she found suitable actors for minority roles and to ensure those roles were represented appropriately in the production.

"I could look back through my career and know there's mistakes I have made but I want to keep learning, I want to be educated and do everything I can to ensure minority groups are accurately represented," she said.

Craig Donnell, who has produced Charlie and the Chocolate Factor and Saturday Night Fever in Australia, said commercial producers had a "great capacity to educate, to reflect and to create comfort".

"I don’t back away from the fact that I am a commercial producer and therefore I will strongly look at the commercial benefits of a production … because, at the end of the day, if we don’t sell enough tickets the show closes and that benefits no one," he said.

"There are those who would say commercial producers are only doing it for the cash and don't care about the art or the messaging. I don't think that is a fair statement: there are producers who care about the message that productions bring."

Donnell said the decision to postpone Hedwig and the Angry Inch when the industry was on the cusp of reopening was particularly difficult to watch but he was glad the conversation about representation was taking place.

"What I am hearing with Hedwig, with BIPoC actors, is that it is about consultation, it is about being seen and being heard and being respected," he said.

"[This conversation] changes the way we want to look at things, to ask what can we do and how can we be more inclusive at a time when there isn't the same number of shows, and theatres aren't freely open."