Amy Schumer ‘feeling stronger’ after having uterus and appendix removed

Amy Schumer has uterus and appendix removed because of endometriosis

Amy Schumer is the ultimate David Byrne superfan — so much so that she brought 50 of her closest friends to see the Talking Heads singer’s Broadway show, “America Utopia.”

The comedian, 40, and her huge crew — including fellow comics like “Saturday Night Live” star Alex Moffat, Michelle Buteau and Wanda Sykes — pulled up to the St. James Theatre on Thursday in both a school bus and a party bus.

“It was about 50 people,” a spy exclusively told Page Six. “They made for a very enthusiastic audience and brought lots of energy right from the get-go. Many of her guests were up and dancing in their seats just a few songs into the show, and the whole audience gave an immediate standing ovation at the end of the night.”

We hear Schumer treated all 50 of her besties to the show.

While they couldn’t meet Byrne, 69, at the theater due to COVID-19 protocols, we’re told they did have a masked meet-up later in the evening.

Schumer has been a huge fan of the hit show from the beginning. We’re told since its initial run, beginning in October 2019 and running until the pandemic shut down Broaday, Schumer saw the performance six times.

She was also there on its reopening night in October with her husband, Chris Fischer. 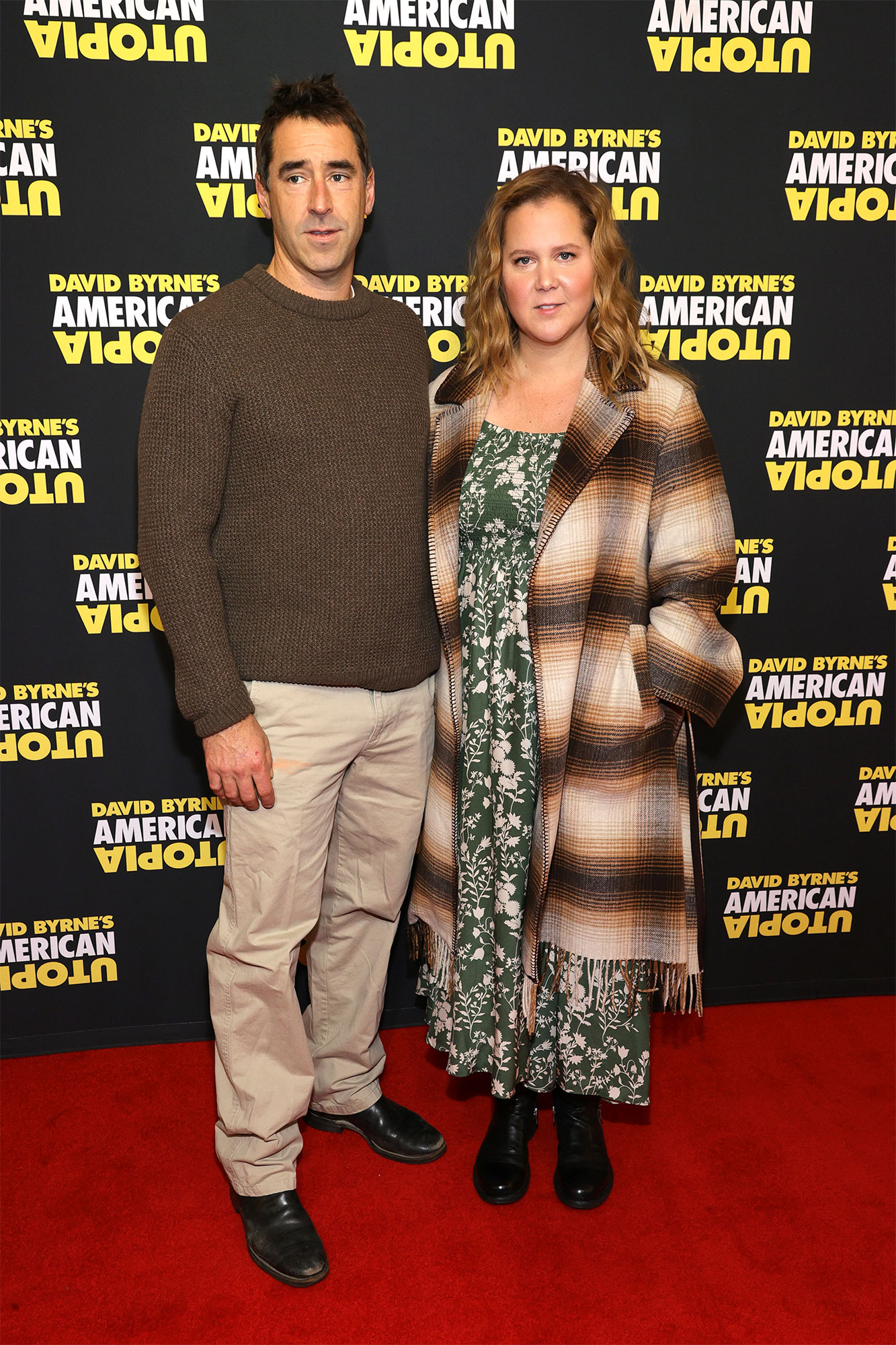 Byrne also appeared on Schumer’s podcast, “3 Girls, 1 Keith,” in 2020, when she welcomed the “Once in a Lifetime” rocker by calling him a “living legend.” She said of the show, “I went bananas for it. … ‘American Utopia’ is a show that will change your life.”

Other celebs who have gone gaga over the show — which has also been made into a concert film by director Spike Lee — include Jerry Seinfeld, Phoebe Waller-Bridge, Aubrey Plaza, Christopher Meloni, Jodie Foster, Natasha Lyonne, Anthony Rapp and Tobey Maguire.