“We don’t have the dates figured out yet, but we’re going to Arizona for a week to visit the other Roloff,” Chris announces during dinner with friends in Us Weekly‘s exclusive clip of the show’s Tuesday, June 21, episode, much to the shock of their guests. “It was a wedding gift and I wouldn’t mind checking out their place.” 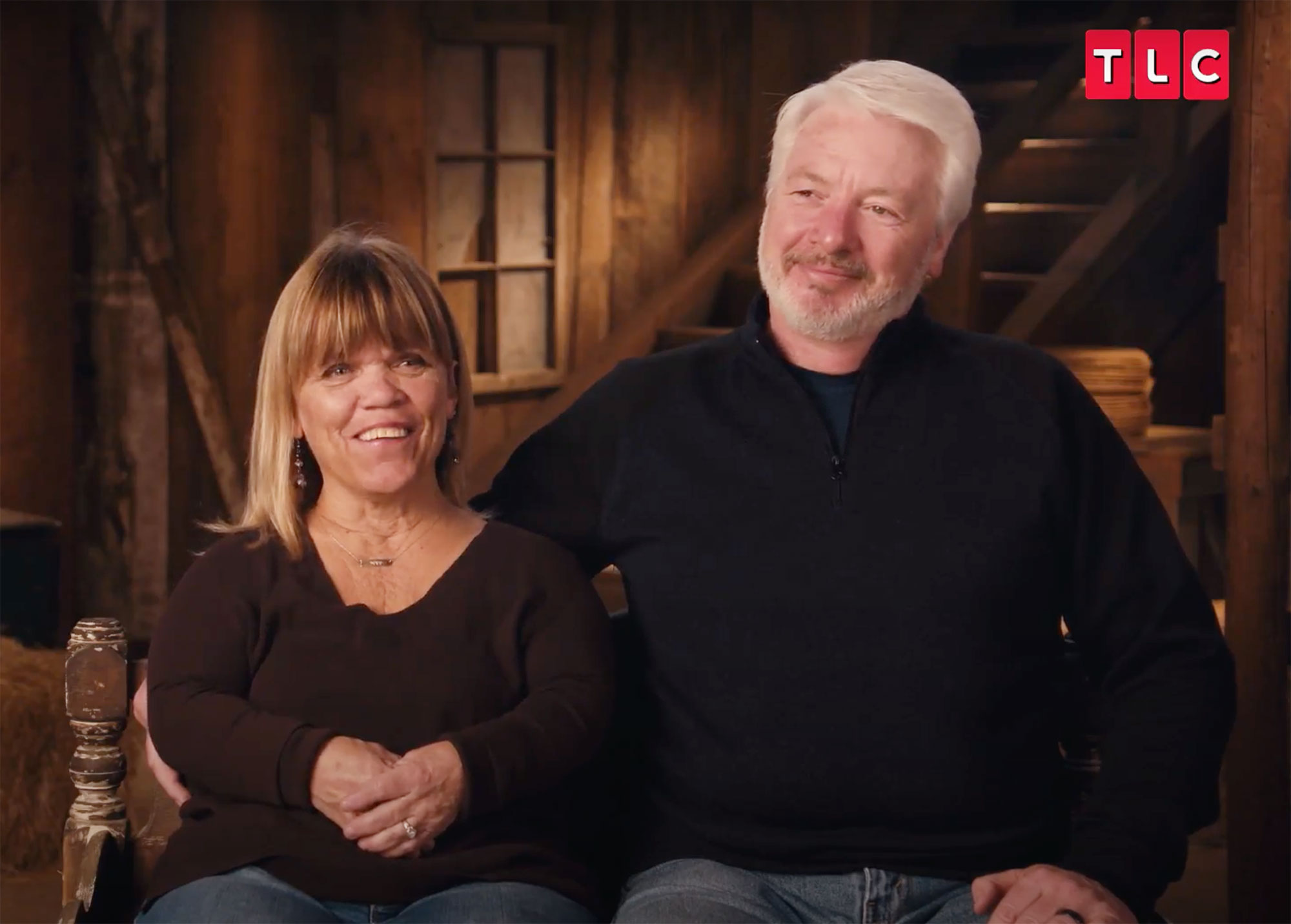 “Can we just talk about the elephant in the room here?” a friend of Chris and Amy asks in complete disbelief. “The fact that you are going to Arizona to visit your ex-husband … what is going on?” In response, Amy, 56, simply shrugs and shakes her head, before quipping, “So, do you think this marriage is going to last?”

“She loves the idea,” Chris says in an attempt to defend himself, before explaining that he just wanted “to see my buddy’s other house.”

That just leaves their friends more confused: “‘Buddy’ as in Matt? Oh my — OK.”

In a confessional, Amy explains that most people are “surprised” when they learn how friendly Chris is with the Against Tall Odds author, 60. “A lot of people I tell this to, they’re definitely all surprised,” she says, adding that the response “makes me wonder, ‘Should we not go?’”

The Amy Roloff’s Little Kitchen owner and Matt — who share twins Jeremy and Zach, 32, daughter Molly, 28, and son Jacob, 25 — were married for 27 years before calling it quits in June 2015. Despite their tense relationship on the show, the farmer has been a vocal supporter of his ex-wife’s new romance.

“Chris is a really, really good guy. I think everybody would tell you he really is good for Amy. He treats her very, very well,” he told Us Weekly exclusively in April 2020. “From what we can tell, they’re really good together. They enjoy each other’s company, and they have fun. So I’m very, very happy for them and hope to give them all my blessings in the world.”

The California native continued: “There’s no hard feelings. Everybody’s working hard. We all love their grandchildren. We’re together sometimes and we make it pleasant. I’m super, super happy for them. I think that this is something Amy wanted, and I’m glad for her. … I care for her. I hope that she’s happy.”

Amy and Chris, who met in September 2016 and got engaged three years later, even tied the knot at Roloff Farms in August 2021. “It was a surprise that he brought it up first because we didn’t ask him,” the former photographer told Us exclusively three months later. “We just always thought if they couldn’t find another place, then we’d go to Matt. But we didn’t have to. So it was a nice surprise that he offered.”

While Chris may view Matt as his new “buddy,” the Short and Simply Family Recipes author has a more distant relationship with her former spouse. “I definitely don’t want to pretend and allude to the fact that I’m suddenly going to become best friends with my ex,” she told Us in November 2021. “But we’re able to do things together and communicate.”