Off the air for good. Amy Robach and T.J. Holmes will not return to the third hour of Good Morning America following their hiatus, multiple sources exclusively reveal to Us Weekly.

“Amy and T.J are out, a decision has been made,” a source tells Us about Robach, 49, and Holmes, 45. “The network is negotiating with them on their exit deals and an announcement.”

ABC has refrained from giving a public update on Robach and Holmes’ status with the network, with another source telling Us that the temporary hosts have continued to note that they are “filling in” for Robach and Holmes, who are still named in the opening credits of GMA3.

The coanchors were originally pulled from the show one week after photos emerged of the pair getting cozy throughout the month of November 2022, despite being married to their respective partners. (One month later, Holmes filed for divorce from now-estranged wife Marilee Fiebig, Us Weekly confirmed at the time.) 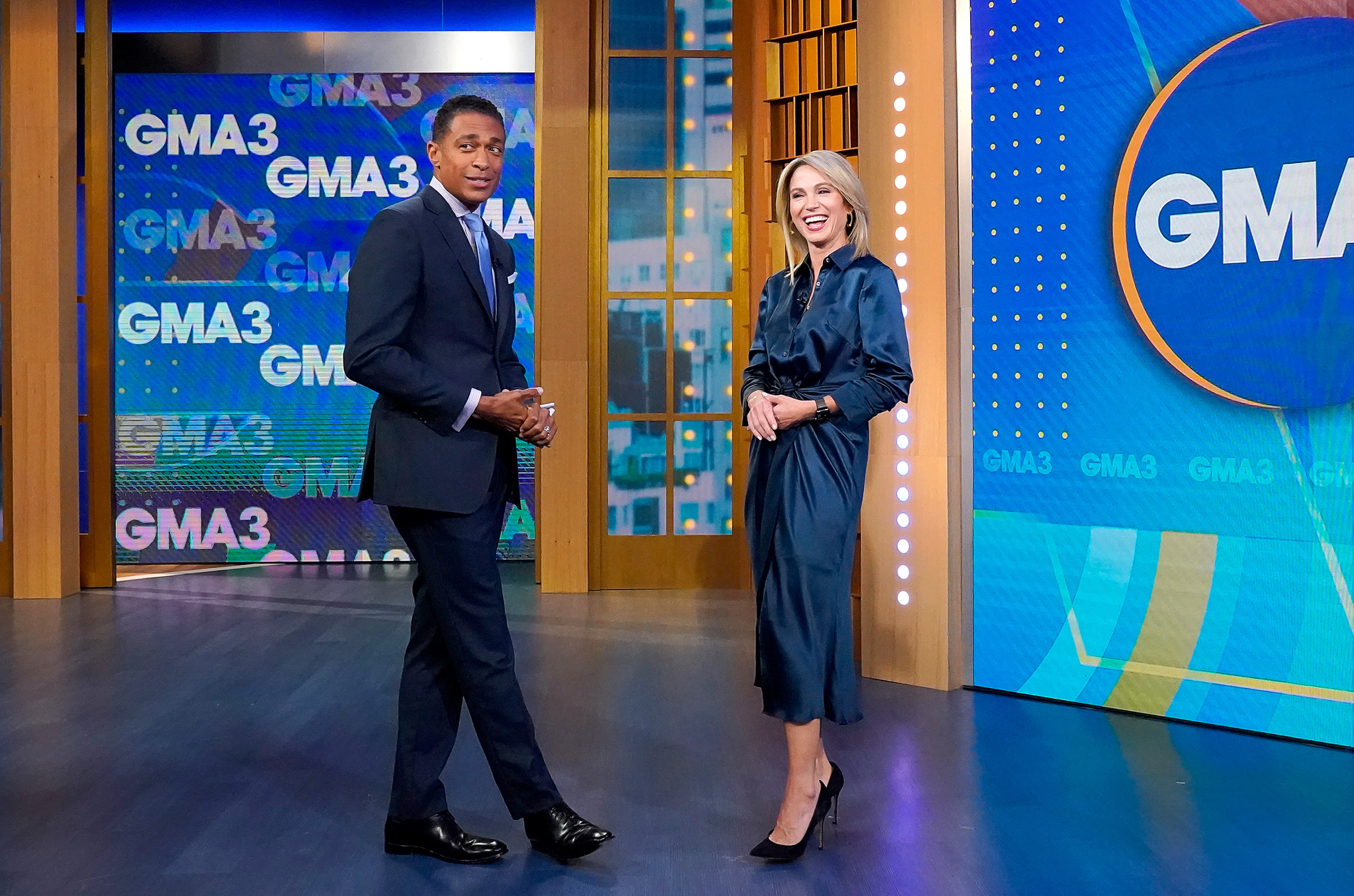 After the PDA pictures surfaced, a second insider exclusively told Us that the ABC personalities’ relationship “blossomed from a close friendship,” noting that their “work trips away together brought them even closer.”

The rumored couple returned to the air on December 1, 2022, one day after the scandal broke. Though they did not address the photos, Holmes quipped, “Who’s looking forward to the weekend?” Robach raised her hand. “Of course we are.”

The following day, Robach and Holmes teased they needed “words of wisdom” during their “Faith Friday” segment with Nona Jones.

Four days later, ABC president Kim Godwin announced at an editorial meeting that Robach and Holmes would not appear on air as their relationship continued to be an “internal and external distraction, per Variety. The outlet also reported that the network “wanted to do what’s best for the organization” despite the fact that the coworkers had not violated any company policy.

A third source told Us at the time that the duo was under investigation by the network. “T.J. and Amy are not on camera currently because ABC wants to make sure it’s able to do a full review of their relationship before bringing them back on air,” the insider revealed. “ABC is putting resources in so there are no surprises and they have all the information they can before deciding how to proceed.”

While health expert Dr. Jen Ashton remained on the air throughout the drama, Holmes and Robach were temporarily replaced on GMA3 by several new faces, including Stephanie Ramos, Rhiannon Ally, DeMarco Morgan and more.

Robach and Holmes’ relationship only heated up amid their hiatus from the network. On December 26, 2022, Robach and Holmes were photographed cozying up together at the Atlanta airport. Days later, the two were seen smooching during their Miami getaway.

‘GMA’ Anchors Amy Robach and T.J. Holmes’ Candid Quotes About Each Other

Amid his holiday travel with Robach, Holmes filed for divorce from Fiebig after 12 years of marriage and with whom he shares 9-year-old daughter Sabine. The former CNN correspondent is also the father of daughter Brianna and son Jaiden from his previous marriage to Amy Ferson.

Robach, for her part, has been married to actor Andrew Shue since 2010, combining their families after they exchanged vows. The Michigan native shares daughters Ava, 20, and Annie, 16, with ex-husband Tim McIntosh and is stepmom to Shue’s three sons: Nathaniel, 26, Aidan, 23, and Wyatt, 18. The actor, 55, has yet to comment on the scandal, but his son Nate posted a family pic of his dad and brothers on Instagram last month.