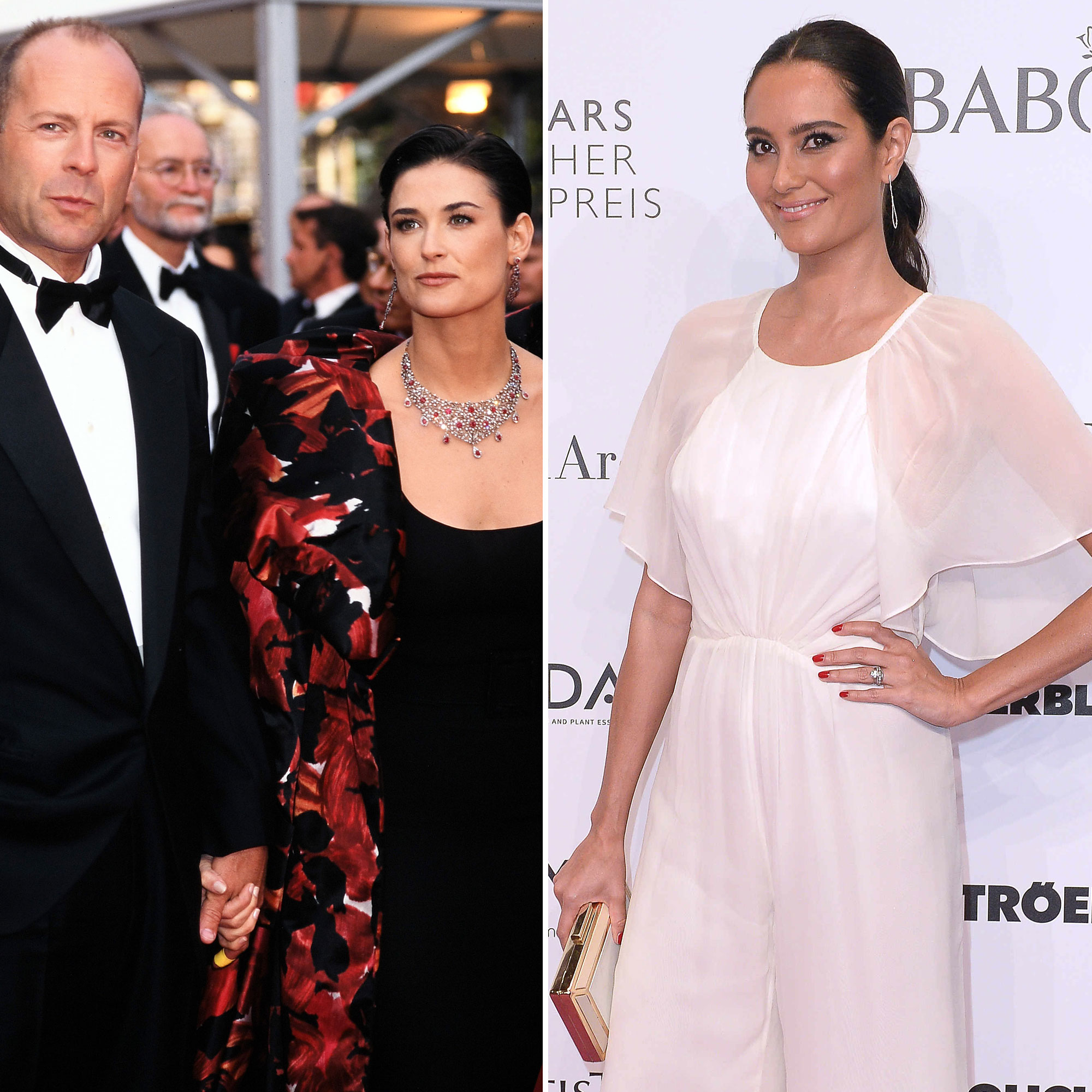 All in the family! Demi Moore celebrated the start of the 2022 Cannes Film Festival with a throwback snap of her ex-husband Bruce Willis — and the memory earned Emma Heming Willis‘ seal of approval.

“From the Cannes archives, circa 1997,” the Ghost actress, 59, captioned an Instagram post on Tuesday, May 17. The photo showed her hitting the red carpet with the Die Hard star, 67, to whom she was married from 1987 to 2000. Moore wore a sleek black dress with a red floral cape, while her then-husband opted for a classic black tux.

The Malta native, 43, chimed in with a loving comment, gushing, “All the feels ❤️ beautiful.” Moore replied with three red heart emojis.

The Inside Out author and the Sixth Sense star welcomed three daughters — Rumer Willis, 33, Scout Willis, 30, and Tallulah Willis, 28 — before calling it quits in 1998. They filed for divorce in October 2000 and the proceedings were finalized the same day.

From Movie Star to Girl Dad: Bruce Willis Through the Years

“I still love Demi. We’re very close,” Bruce told Rolling Stone magazine later that year. “We have three children whom we will continue to raise together, and we’re probably as close now as we ever were. We realize we have a lifelong commitment to our kids. Our friendship continues. The institution has been set aside … It’s difficult to live your life and marriage under a magnifying glass, which is what happens to movie star couples.”

Nearly a decade later, the Unbreakable actor tied the knot with Heming Willis in March 2009 — with Moore in attendance. The couple share daughters Mabel, 10, and Evelyn, 8.

The St. Elmo’s Fire star and the model have formed a close bond over the years, even quarantining together for part of the coronavirus pandemic in 2020. Earlier this year, Moore made it clear that she has nothing but love for her former spouse in a sweet birthday tribute.

Weeks later, Bruce’s wife and children announced that he is stepping away from his acting career after being diagnosed with aphasia, a condition that affects a person’s ability to communicate. In a joint statement — also signed by Moore — the Golden Globe winner’s loved ones noted that it was a “really challenging time” for them all.

“We are moving through this as a strong family unit, and wanted to bring his fans in because we know how much he means to you, as you do to him,” the March 30 statement continued.

The Friends alum feels “blessed” to have his family’s support through his health battle, a source exclusively told Us Weekly in April. “They’re all pulling together, and that’s what matters,” the insider said. “Emma, the girls and Demi are all united in being there for Bruce and ensuring he has the best possible treatment. … Emma has been an absolute rock. Not a day goes by that Bruce doesn’t tell her how lucky he feels to have her in his life.”