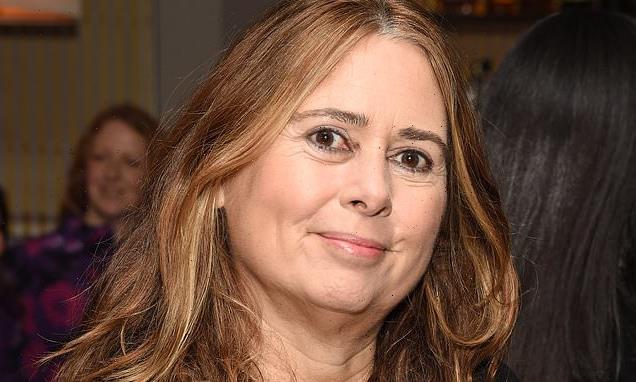 ALEXANDRA SHULMAN’S NOTEBOOK: Yes, I’m a nepo-babe – and I’m proud of it!

It’s very rare for the word baby to be used in conjunction with my name. But I can lay claim to being an early member of the nepo-baby set – a child of parents who has benefited from nepotism.

The phenomenon of second generations sharing professions with the previous is not new but, like so much today, the addition of a cute social-media hashtag has brought this practice into the spotlight.

Last week, those who have parents in the same field as them, such as Lily-Rose Depp, Lily Allen and Zoe Kravitz, have come in for some flack over their nepo-baby status.

So I’d like to add to the generally critical debate from a nepo’s standpoint, if only to be able to describe myself as a baby (or, preferably, babe) of some kind. 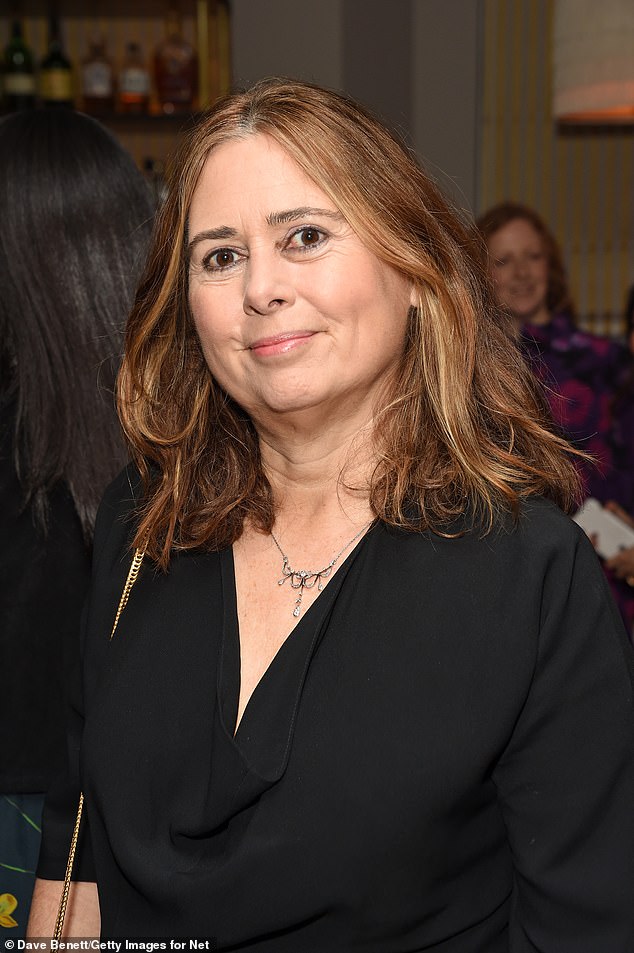 My parents were journalists. My father, the late Milton Shulman, was the Evening Standard’s much respected theatre critic and columnist for four decades.

My mother, Drusilla Beyfus, was a trailblazing female journalist who defied convention to work on a variety of leading newspapers, magazines and television shows.

Like many nepo-babes, I spent years vowing that I wouldn’t follow in my parents’ footsteps – although they always encouraged journalistic inclinations I might have. My mother got me a piece in Vogue on student life at Sussex University when I was 20.

Even so, any method of earning a living seemed preferable to tapping my life away on a typewriter. 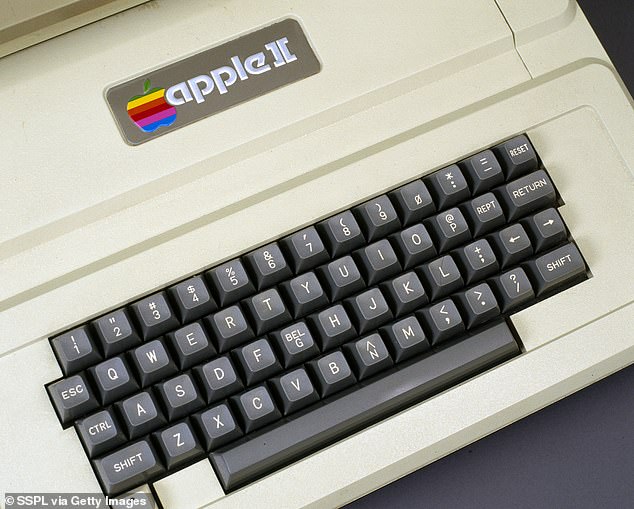 I pondered becoming a hairdresser, poet or photographer. But by 24, I’d embarked on the same path as my parents, consigning myself to a life tied to word counts and deadlines.

For years, though, I did not consider myself a beneficiary of nepotism. I wouldn’t have called myself a nepo-baby, even if the term existed.

The fact that I knew the names of features editors on papers and magazines didn’t strike me as remotely unusual.

Let alone the fact I knew what a features editor did. And how to get hold of them and pitch a story.

What I did not appreciate was the huge advantage that gave me in getting on the first step of the slithery career ladder of my choice.

The same goes for children of media folk like the Freuds, Corens, Dimblebys et al.

As it does for those working in any number of fields; you have the Benns, Milibands and Churchills in politics, Cowdreys in cricket, Conrans in design, Redgraves in acting.

We’re all nepo-babies so lucky, lucky us. Rather than denying our advantages, we should, in the parlance of the day, ‘own’ the condition.

We should man or woman up and admit that we benefited from a parental address book and most likely some inherited talent.

It certainly got us in the door, although the stories of the many failed nepo-babies might suggest that it was not enough in itself to keep us in the gigs.

Let’s face it: most parents get a satisfaction from their kids wanting to enter their business and help them if they can.

Unless they share the mindset of Yowerei Museveni, the Ugandan president who is attempting to rule for life to thwart his ambitious son.

Why Dame Vivienne couldn’t be silenced

Dame Vivienne Westwood, who died on Thursday, was one of the most original characters I ever met. She could be terrifying because of her unpredictability and refusal to conform, but she was also kind. One year, I invited her to speak in a debate at the Vogue Festival I was organising at London’s South Bank. The subject was ‘Can fashion do good for the world?’

Alongside her on the panel was the equally forthright Katharine Hamnett. It was a passionate discussion. But like all such events, the timing was tight and we needed to get one set of speakers off in time to set up for the next.

No such luck with Vivienne, who refused to stop talking. What had been a debate became an indefatigable monologue that went on for so long we were on the verge of getting security to help clear the stage. When she finally stopped, our schedule was well out of whack. No matter. She got a standing ovation. 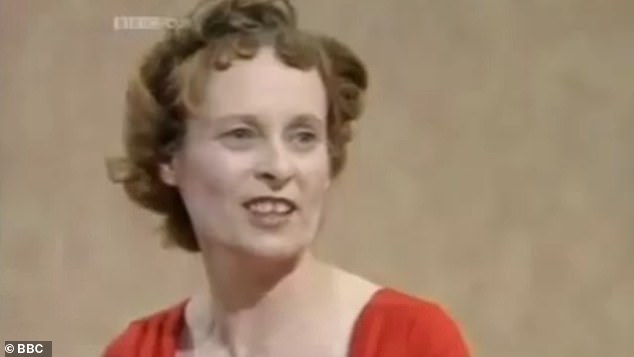 ‘Dame Vivienne Westwood, who died on Thursday, was one of the most original characters I ever met’, says Alexandra Shulman

JUST before Christmas, I asked an acquaintance where he was spending the holiday. ‘With my ah… partner in Dorset,’ he answered. I didn’t know he had a partner in Dorset, I replied. Then he explained they are ‘a-partners’ – a couple who get on better living apart.

Clever idea, I thought. A-partners have a lot going for them. As more of us embark on later-life romances, where shared children aren’t involved, it makes a lot of sense to keep our own homes and dip in and out of each other’s daily lives, making seeing each other an occasion rather than a necessity. It must be like being a teenager again.

In Tatler’s profile of Prime Minister’s wife Akshata Murty, we learn that Challis Interiors has been employed to import the Sunaks’ fondness for traditional Indian rich brocades and velvet into No 10. But we learn nothing of what they’ve done about the kitchen, the heart of modern family life.

While the Camerons, Blairs and Johnsons occupied and revamped the larger flat at No 11, the Sunaks have chosen to stay in the smaller two-bedroom No 10 flat that Sunak inhabited as Chancellor.

It was also where the Thatchers lived. Mrs T was frequently pictured knocking up a hot supper for Denis in the kitchen, which was a very modest affair.

There was no space for kitchen islands and pantry-style cupboards. Perhaps the Sunaks are leading the charge back into post-war austerity-style smaller kitchens, showing it’s cosy to squish around a small table. Or perhaps they eat a lot of takeaways. I’m more eager to know how they’ve dealt with the kitchen than the two layers of blinds being installed behind the curtains. 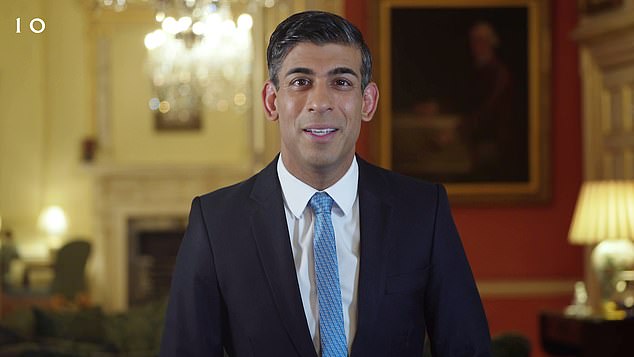 While some occupied and revamped the larger flat at No 11, the Sunaks have chosen to stay in the smaller two-bedroom No 10 flat that Sunak inhabited as Chancellor

A slice of prejudice I acquired from mum

Speaking of kitchens, as I tried this morning to carve my loaf of chewy sourdough, I wondered why I don’t get it sliced at the baker as offered. But I have a prejudice about ready-sliced bread, even healthy unprocessed stuff. It seems inauthentic and a bit like cheating, which is bonkers. Perhaps that’s another trait I’ve inherited as a nepo-baby. My mum never went for the easy life of sliced bread.