ALDI has released the second part of its Christmas advert starring Kevin the Carrot – and fans finally get to see if Kevin makes it home.

The supermarket teased a devastating ending for their carrot mascot after he was ejected from a fighter jet by his new wingman, Lieutenant Turkey. 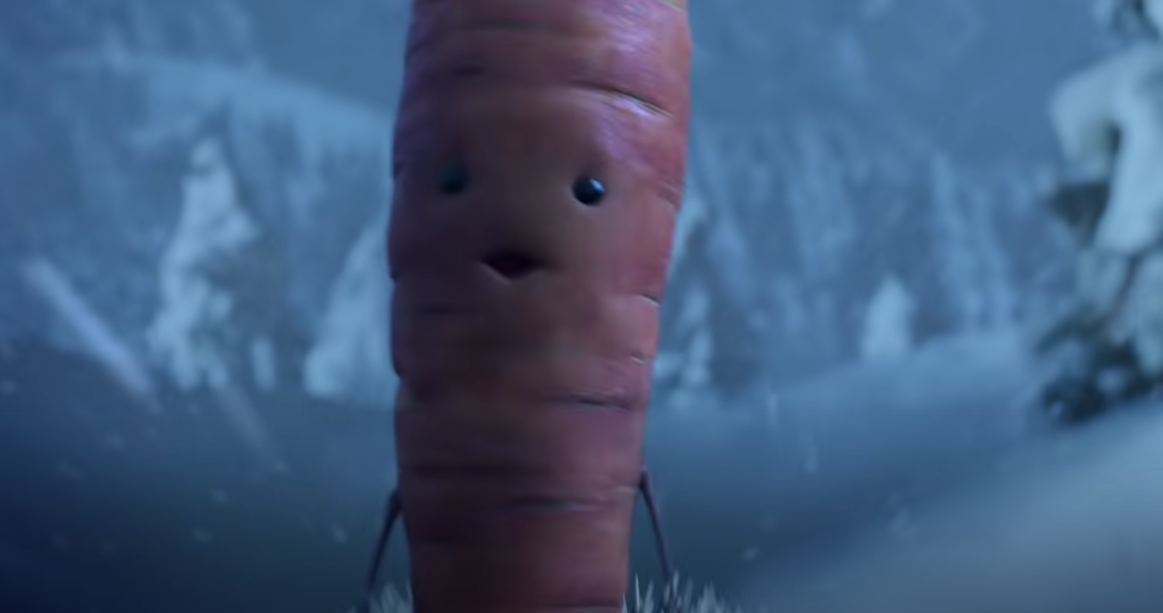 In scenes reminiscent of 80s move Top Gun, Kevin and Turkey were seen cruising in a fighter jet as they encounter Father Christmas.

But then disaster strikes, as Turkey says "I'm roasting" and opens the window – leaving Kevin accidentally ejected from the plane mid-flight.

Fans now know what happens next after Aldi released the second part of its advert on their social media pages and YouTube.

The new clip picks up where the first left off, with Kevin drifting through the sky with a flaming parachute. 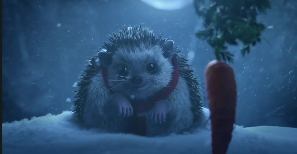 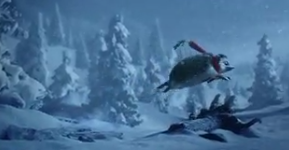 At the same time, his family are wondering where Kevin is, as one of his children says: “It’s not Christmas until my daddy gets home.”

As Kevin lands in the snow, he bumps into a new friend called Harry the hedgehog who gives him a lift – but the pair end up falling into a deep ravine.

After washing up onto the shore, Kevin and Harry are saved by Father Christmas – played by actor and narrator of previous Kevin the Carrot adverts, Jim Broadbent – who gives them a ride home on his bike.

In another nod to the movies, Kevin can be seen wrapped up in a blanket in the basket of the bike – just like in ET. 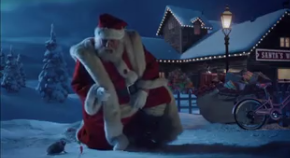 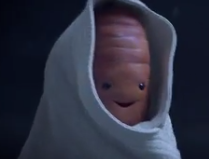 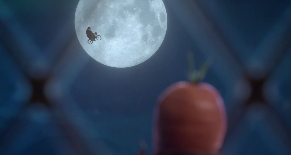 The clip ends with Kevin being reunited with his family, before the scene changes to Santa reading the epic adventure from a book to Kevin and Harry.

Kevin has featured in Aldi's Christmas campaigns for the past five years.

In the 2019 advert, Kevin fought off the Leafy Blinders Brussels sprout gang, who were furious about the carrot family stealing the limelight at Christmas.

The year before Kevin took to the wheel of a very recognisable truck decked out in lights.

And in 2017, Kevin was looking for love and we saw him meet Katie.

The popularity of the Christmas adverts mean Aldi usually has to limit the amount of Kevin the carrot toys one shopper can buy to two each.

The supermarket has yet to reveal if Kevin the carrot toys will be released this year.

Last year, Aldi shoppers fought and pushed to get their hands on the toys after queueing since 6.30am.

The toys then sold on eBay for up to £1,000 just hours after going on sale.

A few years ago, lots of shoppers also shared pics of their soft toys in VERY funny positions.