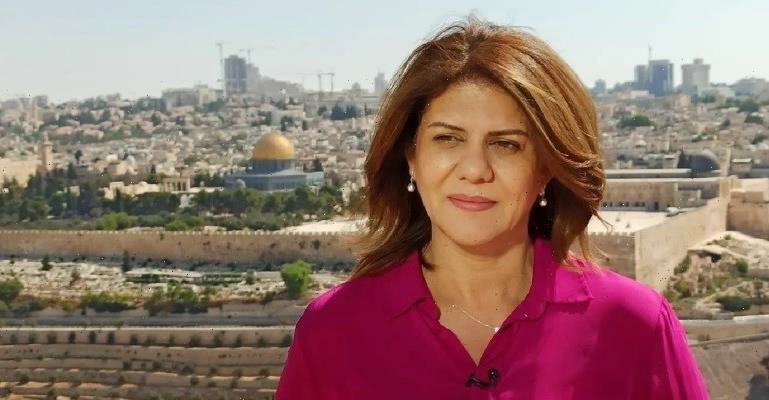 Shireen Abu Akleh, veteran TV journalist for Al Jazeera, has been shot and killed in the West Bank. Abu Akleh, 51, was covering an Israeli army raid on the Jenin refugee camp in the early hours of Wednesday morning.

Her death was confirmed by the Palestine health ministry and later by Israeli sources.

Al Jazeera reports that she was shot in the face by a single bullet fired by Israeli armed forces and that another journalist, Ali al-Samoudi, was wounded in the back.

The Israeli Defense Force said that its forces had been operating in the area “to arrest suspects in terrorist activities,” and both Palestinian suspects and Israeli forces were firing at the time.

“As part of the activity in the Jenin refugee camp, suspects fired heavily at the force and threw explosives. The force responded by firing. Hits were detected,” the IDF said. “The possibility that journalists were hit, possibly by Palestinian gunfire, is being investigated.”

The Israeli foreign minister Yair Lapid offered a joint investigation into her death. “We have offered the Palestinians a joint pathological investigation into the sad death of journalist Shireen Abu Aqla. Journalists must be protected in conflict zones and we all have a responsibility to get to the truth,” he said on Twitter.

Abu Akleh was based in Jerusalem for the global news channel and held dual Palestinian and U.S. nationality.

“Very sad to learn of the death of American and Palestinian journalist Shireen Abu Akleh,” U.S. Ambassador to Israel Tom Nides said in a tweet. “I encourage a thorough investigation into the circumstances of her death and the injury of at least one other journalist today in Jenin.”

In May last year, Israel’s air force attacked a tower block in Gaza housing the offices of the Associated Press, Al Jazeera and the Middle East Eye. AP reported that three heavy missiles hit the 12-story building, causing it to collapse.

“The (army) of course does not aim at journalists,” a military official said Wednesday.