The cast of ‘Aida’ will be reuniting on Seth Rudetsky’s ‘Stars In The House’  on June 5th. Broadway star Adam Pascal spoke to HL about the upcoming revival.

This reunion was certainly written in the stars! The Tony Award-winning cast of the ’00 Broadway show Aida will join Seth Rudetsky and James Wesley on their “Stars In The House” livestream show June 5th. Heather Headley (Aida), Sherie Rene Scott (Amneris), Adam Pascal (Radames), John Hickok (Zoser), Tyrees Allen (Amonasro), Dan Oreskes (Pharoah), and Schele Williams (Nehebka) will all be present to discuss the epic love story that was told on the stage from 2000 to 2004, with a stunning soundtrack by Tim Rice and Elton John. Adam, who is widely known for his performance as Roger Davis in Rent, spoke to HollywoodLife.com about Schele Williams’ upcoming revival of Aida, as well as his return to the stage as the Broadway doors prepare to open.

While we’re all hoping Adam and his easily recognizable, striking vocals will return as Radames, he admitted that won’t be happening — for a few different reasons. “I’m definitely too old,” he laughed, “However, I would totally come back and play Zoser, Radames’ father. But I think, it is my understanding from Shele, that the revival will star an entirely ethnic cast.” Aida tells the story of a forbidden love between Aida, an Ethiopian princess held captive in Egypt, and the Egyptian General, Radames. 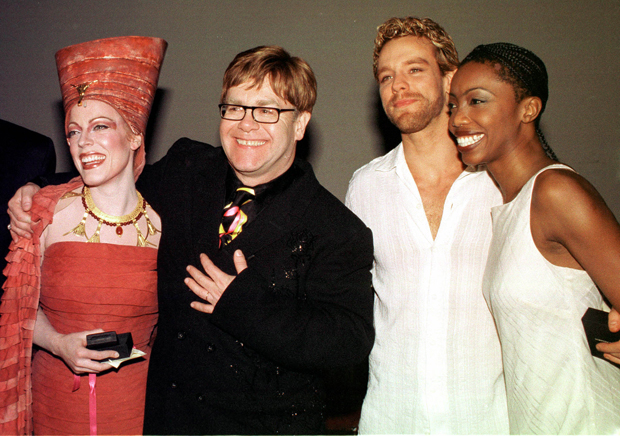 “My understanding is that this revival is going to be much more historically accurate to the times and the actual people who lived there, who were all shades of brown,” Adam explained. “So, I don’t necessarily belong in this new world.” While we may not see him in the Aida revival, the Tony-nominated actor does have his eyes set for the stage as the Broadway doors prepare to reopen this September.

“Our industry was affected like no other. During the pandemic, there were only a few months where there were no TV and film productions going on, but there were still things happening. We shut down 100% and had no idea when this was going to end or how it was going to end,” Adam said. This won’t be the first time her has returned to the stage and had a “rise from the ashes” moment. “I remember the first show back after 9/11, I was in Aida and it was Idina Menzel‘s first performance, and I mean, my first performance of Rent after Jonathan [Larson] died — there have been incredibly moving and difficult times I’ve had to come back and be on stage,” he said. “This one will be incredible and there’s nothing bittersweet about it, in the sense that it is just going to be pure joy to get to masquerade around on stage and be in a theater.” 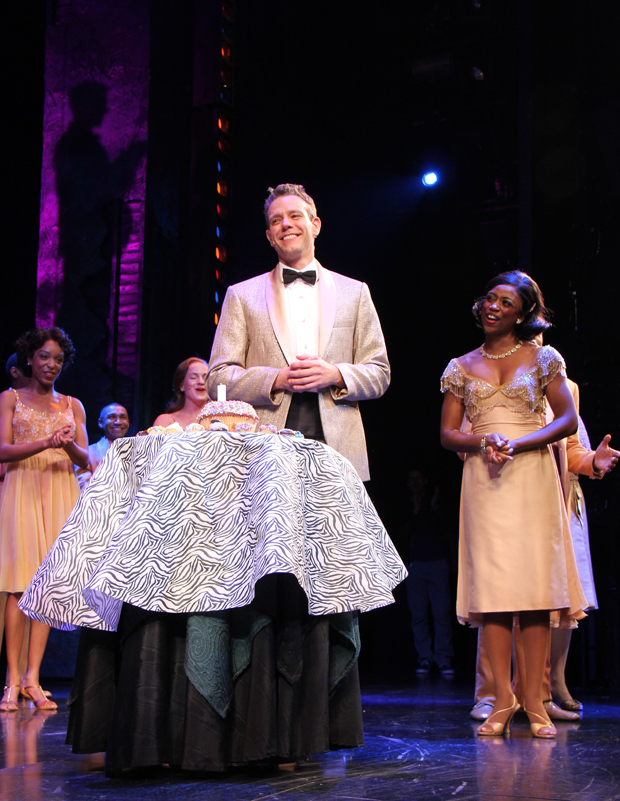 Be sure to tune in to the Aida reunion on ‘Stars In The House’ at 8 pm ET on the ‘Stars In The House’ YouTube channel and StarsInTheHouse.com. Hosts Seth and James have raised over $1 million with their reunion episodes, benefitting The Actor’s Fund, which offers a financial safety net for performer throughout their lifespan.