Q: Kim and I share a great sense of humour and we’re sure this has contributed to the success of our 15-year relationship. More than once a tense situation has been diffused when we suddenly see the funny side, and crack up laughing. We read some of the letters you get, and think, “Wow. Lighten the f— up!” Do you agree that laughter can help foster healthy relationships?

A: There is no doubt that laughter has a great many health benefits, and shared laughter brings people closer. Laughter strengthens your immune system, boosts mood, diminishes pain, protects you from the damaging effects of stress, and might even help you to live longer. Being able to see the funny side of things can diffuse anger, and help you to forgive more quickly. 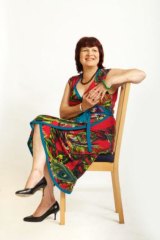 Having a sense of humour can also be useful in the bedroom. Things often happen during sex that were not in the script – awkward noises, the bed collapsing, a clash of noses … If you can let go of your dignity, and laugh at yourself, inelegant moments do not have to be mortifying. As Gretel Killeen once said: “It’s OK to laugh during sex, just don’t point.”

However, it is important to keep in mind that humour can also be used as a weapon, so check the motivation behind the joke. I once witnessed an uncomfortable moment when a man said to his wife, “Ha, ha, you can see your moustache in that photo!”

The atmosphere got very tense, and the woman’s eyes welled up, to which he responded, “Oh, come on. It was only a joke".

In that situation, the cruel observation was couched as a joke so that the butt of the jibe could not show their authentic reaction, for fear of being accused of taking themselves too seriously. This kind of banter is often employed to attack a person in a social situation, and is awkward and embarrassing for everyone.

Laughter can also be unhelpful when it is used to avoid confronting uncomfortable truths or engaging with strong emotions. If you feel the need to talk about something serious, laughter actually has a distancing and alienating effect if the other person keeps cracking jokes to avoid going deeper or demonstrating vulnerability.

A study of young couples examined if any of these had an impact on relationship satisfaction. Overall, it seemed that it worked best if both partners had the same reaction to laughter.

“Looking at relationship satisfaction, people who scored high on gelotophobia reported the lowest satisfaction in their relationships, and felt less physically attractive, and less sexually satisfied, compared to low gelotophobians. This makes sense, as being in an intimate relationship requires opening up and being more vulnerable, something that may feel uncomfortable for a person fearing being judged and laughed at.”

It was also found that women with humourous partners experience more, and stronger, orgasms than women with unfunny partners. They also initiated sex more often. This does not appear to be true when the woman is funny, possibly because it takes less effort to satisfy men’s sexual desire. It could be that humourous men signal their intelligence, creativity, warmth, and friendliness – traits that women value.

I guess the point is that laughter can be the best medicine, but only if it comes from a place of love. Enjoy a mutual chortle, be humble, and laugh at yourself – not to be self-deprecating, but to put others at ease. But never laugh at, or elicit sniggers, at the expense of another’s feelings.