The ABC's leading political discussion programs The Drum and Insiders lacked conservative voices in their 2019 federal election coverage, but a major review found the broadcaster met its impartiality standard.

The ABC reluctantly released the findings of the review on Thursday after the Senate passed a motion compelling the document, known as the Blackburn report, be made public. 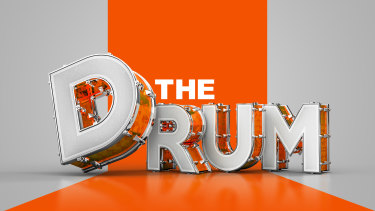 A review of the ABC’s 2019 election coverage found The Drum didn’t have enough conservative voices on it.Credit:ABC

The review was undertaken by journalist and former adviser to the BBC Kerry Blackburn, who scrutinised one week of the ABC's coverage across the five-week 2019 election campaign, amounting to 158 separate items and nine hours of live discussion.

The report identified concerns about the lack of plurality of political perspectives in discussion panels, and named the nightly news analysis program The Drum as being the most problematic.

"In three of the five editions of The Drum, initial viewing and analysis suggested that there was a predominance of views which favoured Labor and/or the ideas and policies most often associated with the Left of politics," the report said.

The report labelled the episode of The Drum, aired on May 6, "one-sided" finding it was characterised by "not just a positive impression for policies identified with Labor’s platform but also at times a marked enthusiasm for a Labor victory".

"There appeared to be a substantial shortfall in positive reflection of the Coalition’s prospects, policies or performance compared to Labor," the report said.

"This was not related to the expression of opinions but the weight of analysis, where the positive impression for Labor across all contributions in two episodes far outweighed that for the Coalition."

The report found that while Insiders "met the impartiality standard" there was "not sufficient challenge to the prevailing consensus" and "as a result the return of the Morrison government was never seriously contemplated". 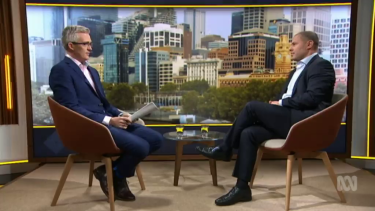 The review found a lack of conservative voices on Insiders led to the program not considering a Coalition path to victory. Credit:ABC

Blackburn, who has conducted six other reviews for the ABC since 2008, said the broadcaster had "met the impartiality standard" despite the criticisms levelled in her report.

"The conclusion reached, having considered all the evidence, is that ABC content for the most
part followed the weight of evidence and was duly impartial," the report said.

It also cautioned against extrapolating the negative findings for one edition of one program across the ABC's broader 2019 election coverage, or even to other editions of the same or similar programs.

ABC chair Ita Buttrose maintained the report should not have been made public in a letter to Senate president Scott Ryan, which was tabled alongside the report on Thursday night. 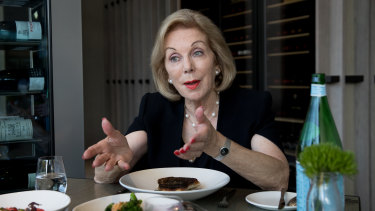 ABC chairman Ita Buttrose maintained the report should not have been made public. Credit:Janie Barrett

"While the ABC has chosen to produce the report in this instance, we do so while maintaining our strong objection against its production on public interest grounds," Ms Buttrose said.

A spokesman for the ABC said the criticisms levelled in the review largely related to the composition of the panel programs in relation to the non-ABC guests.

"The review did not identify any impartiality issue with the conduct of presenters on The Drum or identify any issues of bias in their interviews," the spokesman said in a statement.

The report was tabled in the Senate on Thursday evening after Liberal Senator James McGrath, who has repeatedly called for the ABC to release the report, successfully moved a motion on Wednesday evening ordering it be tabled no later than midday on Thursday.

The motion was passed with the support of One Nation, with Labor, the Greens, and independent senators Jacqui Lambie and Stirling Griff opposing it.

The decision to compel the production of the report is the latest sign of an increasingly strained relationship between the public broadcaster and the Morrison government. It comes amid an ongoing stoush over the Four Corners episode, aired on November 9, which exposed alleged extramarital affairs and poor behaviour by Attorney General Christian Porter and Population Minister Alan Tudge.

The ABC is yet to formally respond to a letter of complaint by Communications Minister Paul Fletcher, which demanded the board explain how the episode was in the public interest.