A former commissioner at the aged care royal commission has asked why Australia’s 263,000 residential aged care workers are not all already vaccinated.

Lynelle Briggs said she was “shocked and dismayed” to learn two-thirds of the aged care workforce were not vaccinated and wondered what had happened. 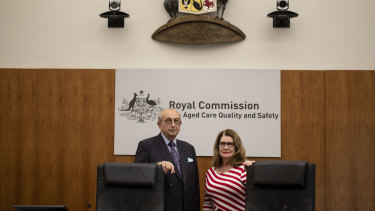 “Has this been a mistake amongst officials? Was it a response to insufficient vaccines, or was it deliberate? In which case it’s a scandal,” she said. “Either way, something serious must be done about it, and it must be done quickly.”

On Wednesday, Ms Briggs told the ABC that the decision to make vaccination mandatory was a good first step.

Aged Care Minister Greg Hunt promised in February that both residents and workers in aged care would be fully vaccinated by April. While resident immunisations have largely been done, The Age revealed last month that only one-third of workers have been immunised.

Asked if making vaccination mandatory for workers in aged care would make them leave, Ms Briggs said if the government increased wages, “I don’t think there would be a problem at all”.

The Morrison government began funding homes an extra $10 a day per resident from July 1 this year, and Ms Briggs commended this.

But she said worker wages had not yet been properly addressed. And she said that last year’s 655 deaths in Victoria showed the staff ratios and other requirements were still needed in aged care.

Canberra did “need to do a lot more but they have been quite generous already. And [the royal commission] never saw this as a sprint, but a process that would take a number of years” to fulfil.

Mr Hunt and Aged Care Services Minister Richard Colbeck have been approached for comment, as has the federal opposition.